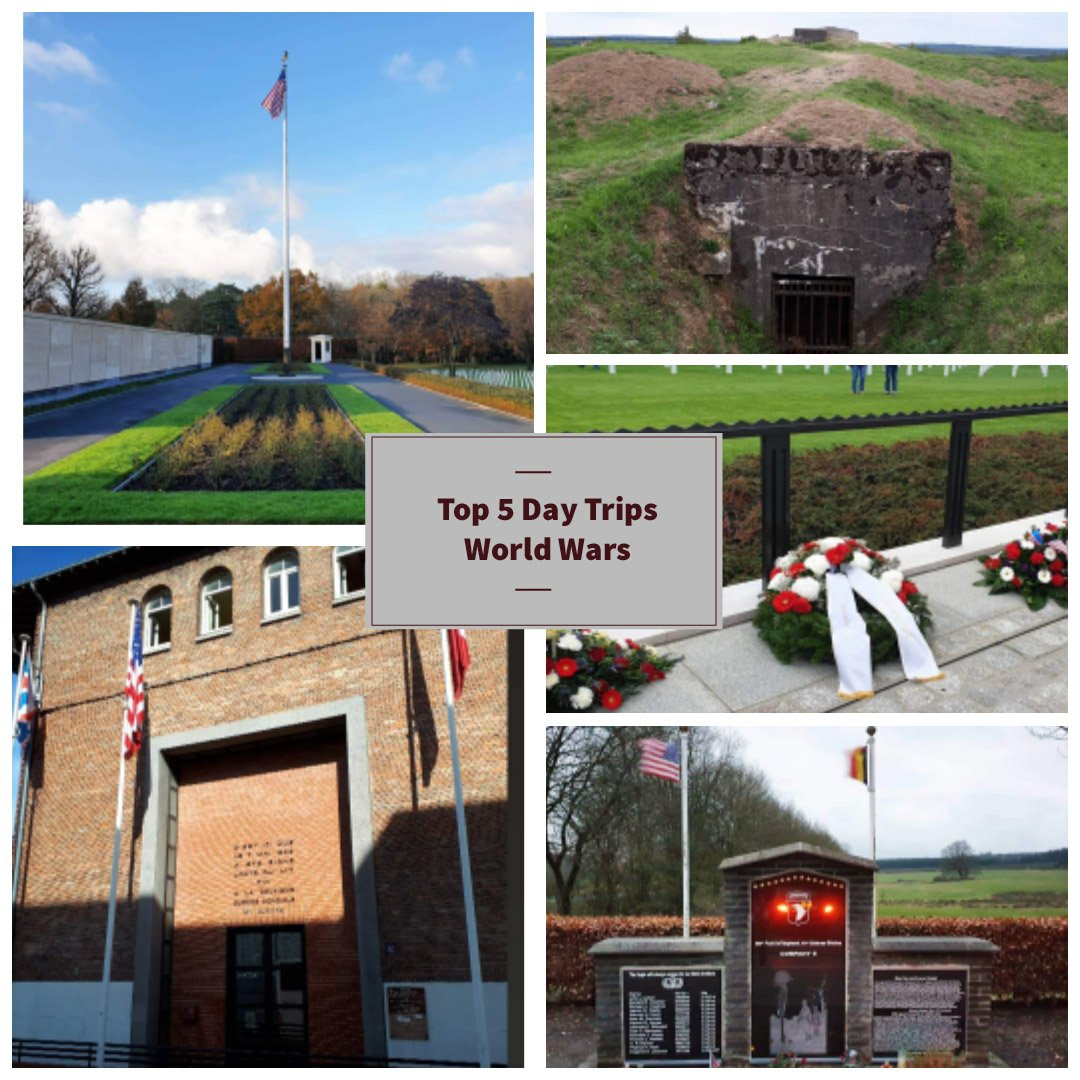 The 20th century showed mankind at its worst as brutal fighting raged across the world. Nations built alliances and rose against other nations in the name of national pride, hatred, and at times, national survival. Over the first half of the 20th century, the world’s powers raced to find new ways to kill each other and stake their dominance in the world.

I can’t imagine the vicious fighting our grandfathers and great-grandfathers endured, but we can all appreciate their sacrifices by visiting battlegrounds, cemeteries, and memorials that stand in their honor. Living in Kaiserslautern, we have the great privilege of being driving distance from endless places where we can walk in our ancestors footsteps and pay tribute.

Everyone wants to visit Normandy while they are stationed here, and frankly they should. However, if you are looking for something nearby, we have five day trips that you can do on any given weekend.

Bastogne reigns king for day trips if you are looking to indulge in World War II history. Only a 2.5 hour drive from Kaiserslautern, the Bastogne War Museum brings to life the winter of 1944-45. As a visiting American, there is a sense of pride that fills you as you drive along streets filled with American flags. 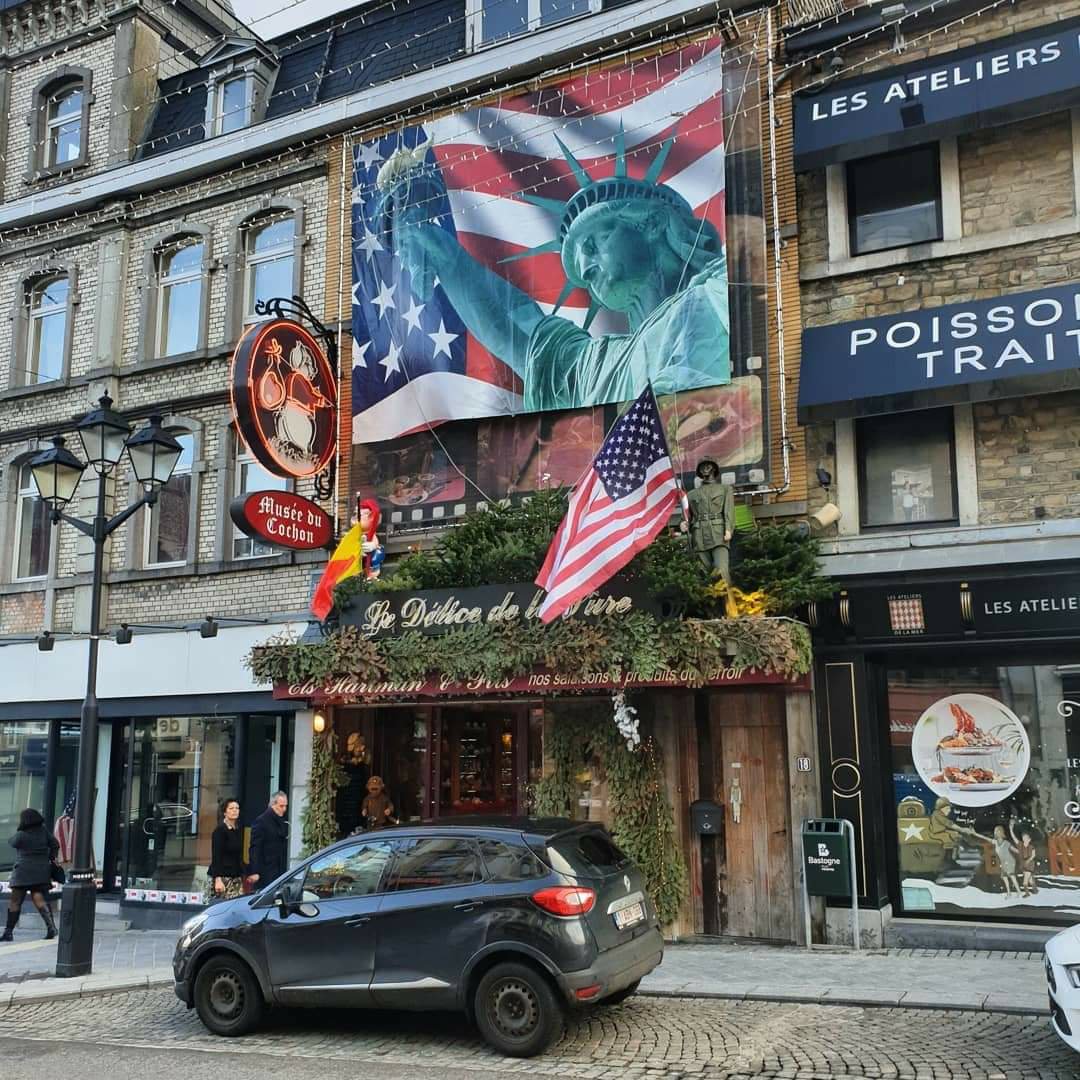 The main attraction in the town is the Bastogne War Museum, which is surprisingly appropriate for children of all ages. Visitors can experience the town’s September 1944 liberation, followed by the seige during the Battle of the Bulge over 75 years ago. The museum is very interactive with videos and displays that walks you in the footsteps of a teacher, a child, a German soldier, and American soldier during the savage campaign. 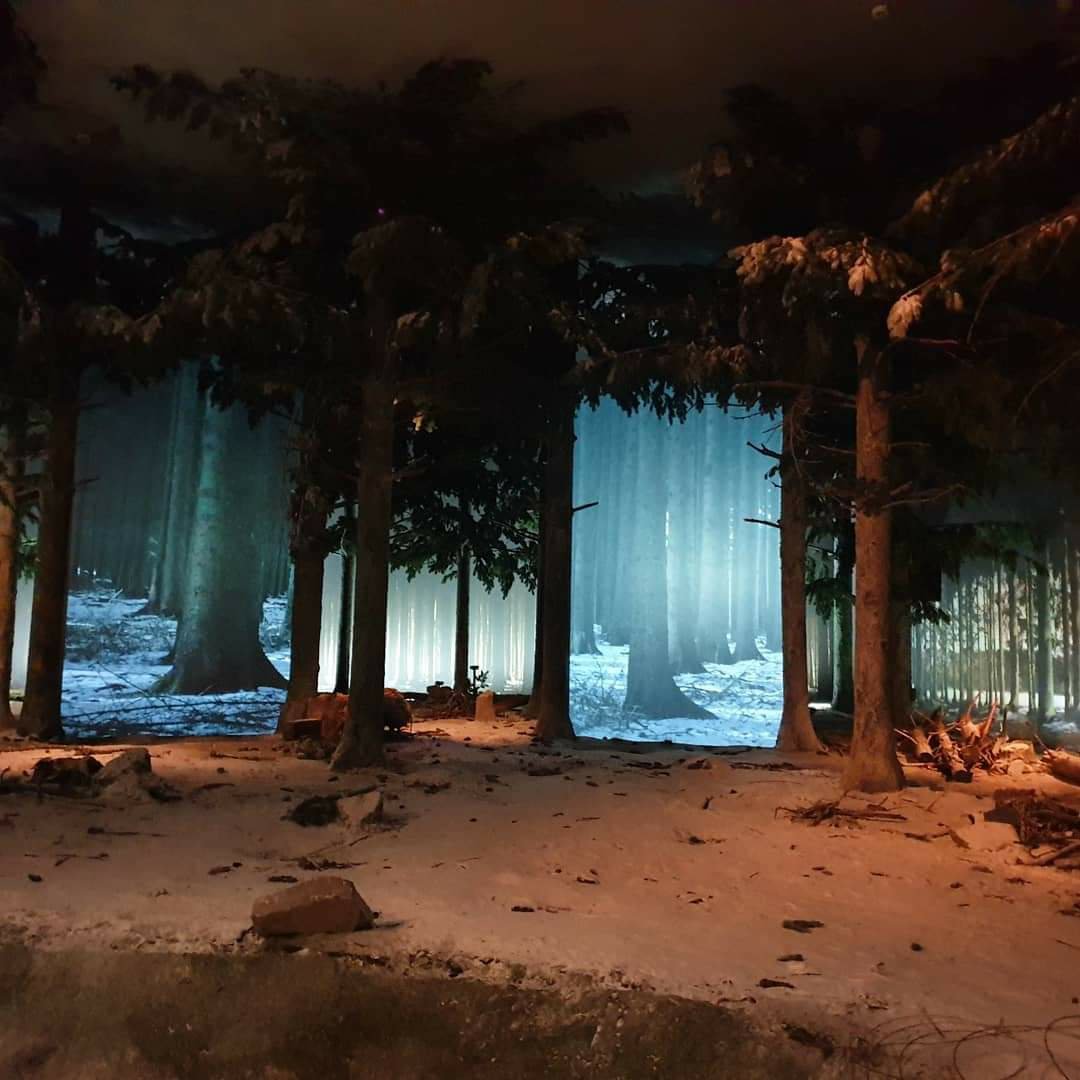 As a graduate from the 101st Airborne Sabalauski Air Assault School, I can’t go without mentioning the town’s multiple memorials to the 101st Airborne Division. Head down for NUTS Weekend, named after General Anthony Clement “Nuts” McAuliffe, for exhibitions and Meet and Greets with veterans and witnesses from the battle. Check out the 101st Airborne Museum “The Mess,” and then take a short drive to step into the foxholes, still there, from Easy Company (made famous in Band of Brothers). Don’t forget to check out the memorial dedicated to General George S. Patton. 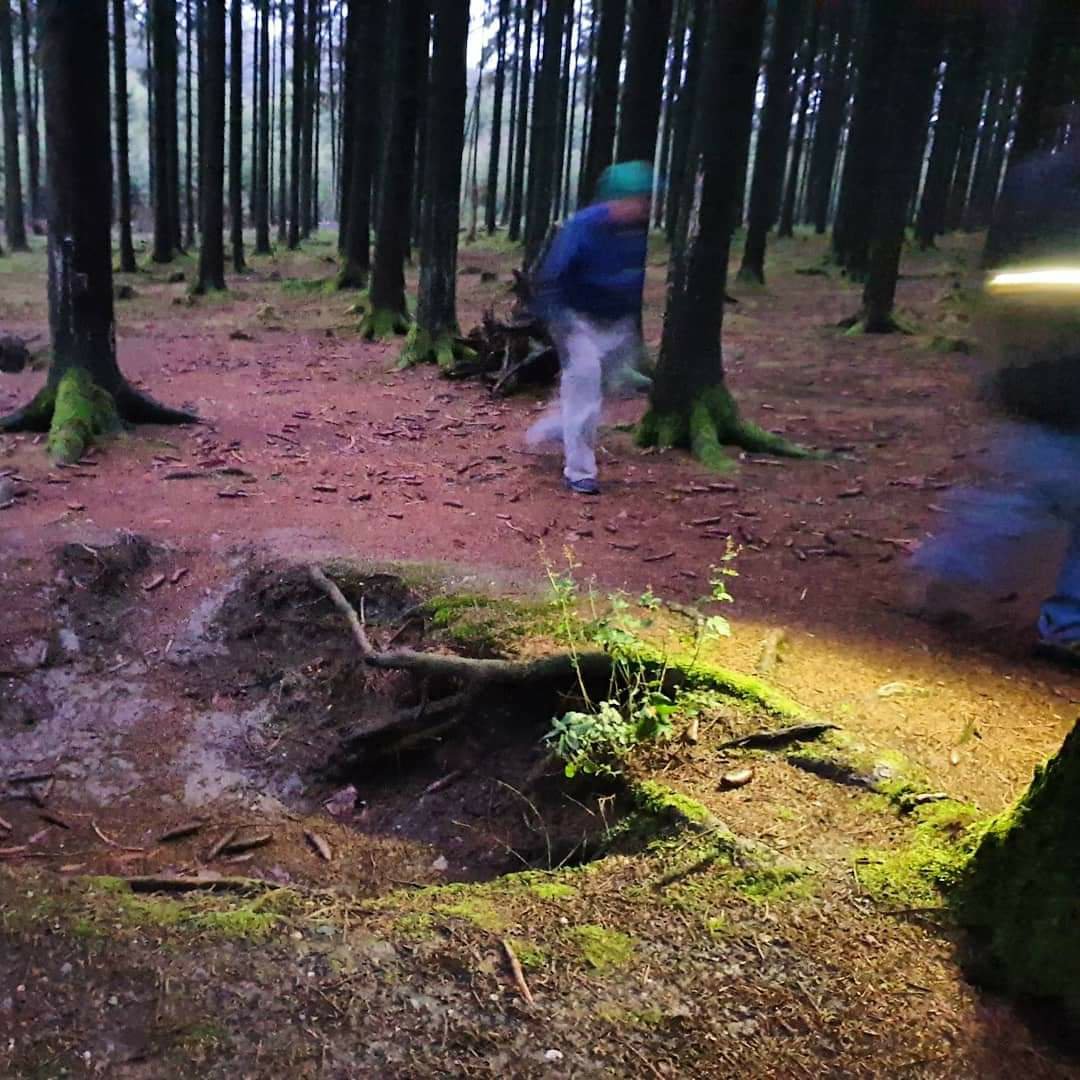 Make the most out of your day trip by eating in one of the many restaurants in the downtown area. We ate at Il Canto and enjoyed the experience. Also, since you are in Belgium, don’t forget to grab a few Belgian beers to bring back home!

Learn more about the Bastogne War Museum before you head out at www.bastognewarmuseum.be/en/

Under two hours from Kaiserslautern is Luxembourg American Cemetery and Memorial. Established on December 29, 1944, the cemetery is the final resting place of many who fell during the Battle of the Bulge, and is now operated by the American Battle Monuments Commission (AMBC). 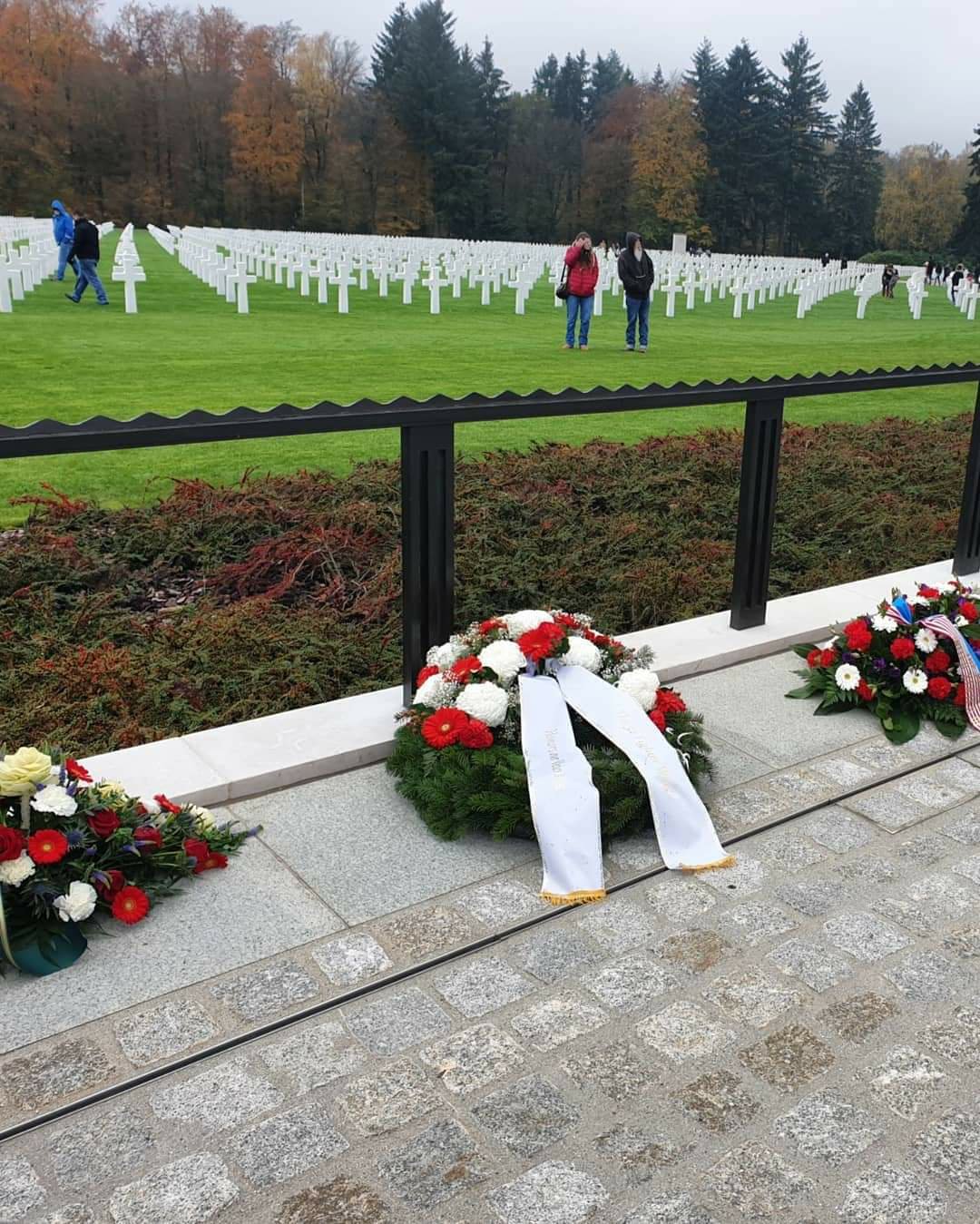 A great time to visit the cemetery is during an observance, such as their annual Veterans Day observance. However, head out there any time throughout the year, with exception of Christmas and New Years Day, to pay your respects to the 5,073 servicemembers that are laid to rest. A popular site to visit in the cemetery is the grave of General George S. Patton, who requested to be laid next to the men he lost in battle. 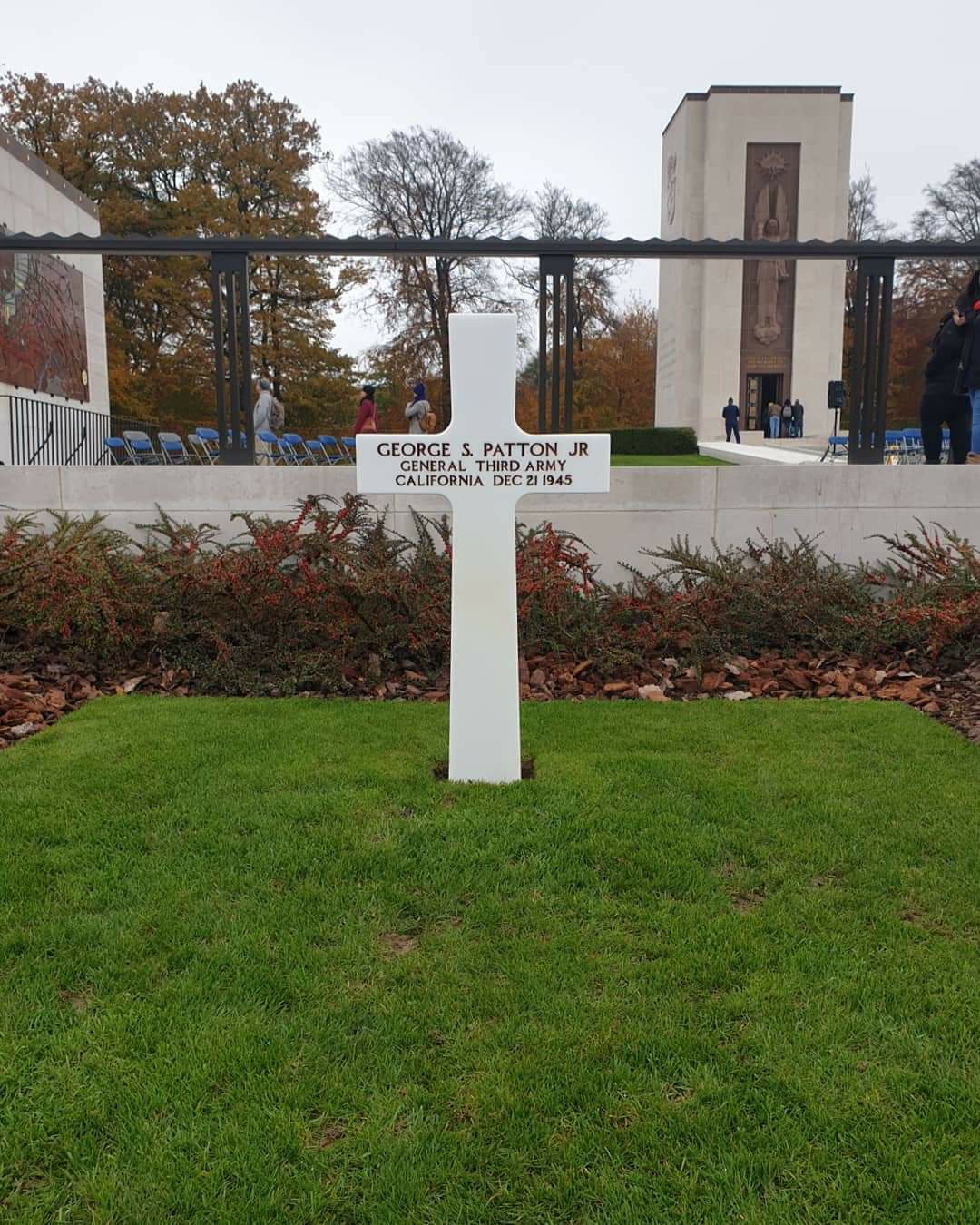 Admission and parking are free, which makes a trip to the cemetery an easy and low-cost day trip from Kaiserslautern. Read more by visiting the website https://www.abmc.gov/Luxembourg

You can easily spend a whole day touring the World War I battlefield of Verdun. Just over a two hour drive, the best way to start your day trip is at the Verdun Memorial. The memorial gives you an interactive tour of the longest battle of World War I. You will learn how for 302 days, the French fought bravely in defense as the Germans sought for the French to commit their strategic reserve. 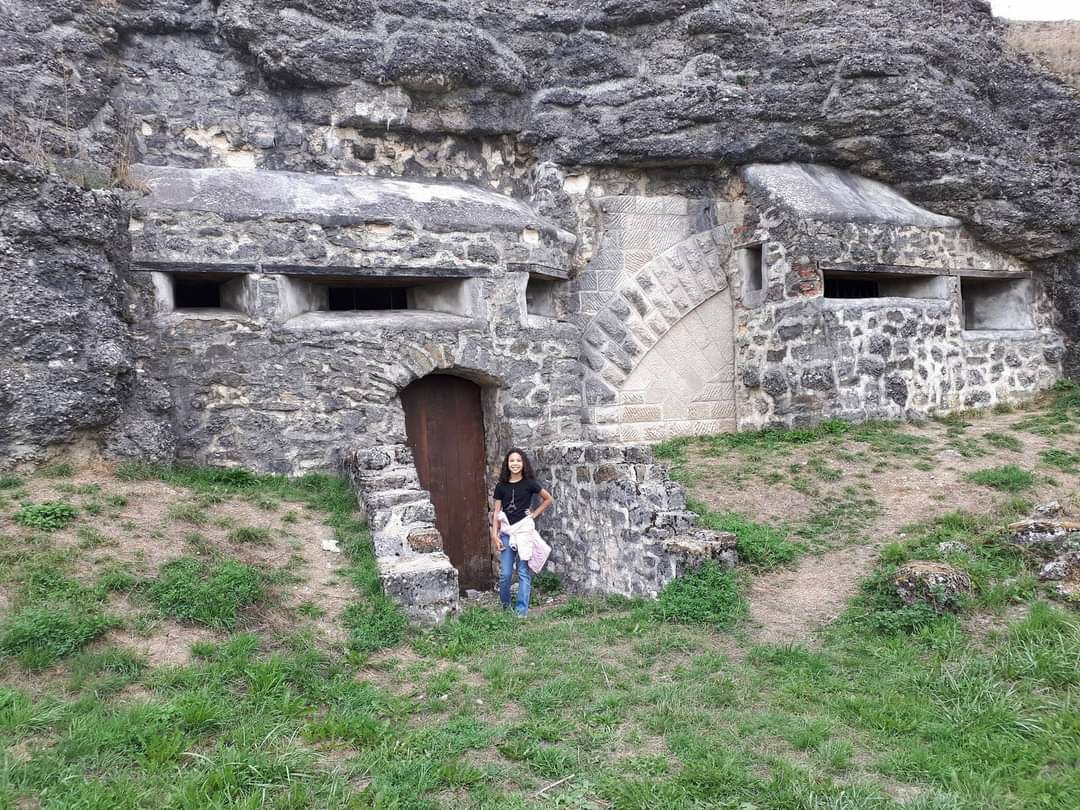 You get a true sense of the cost of human life when you take the short drive to Douaumont Ossuaire, where you can literally see the remains of over 130,000 French and German soldiers. The fighting was so brutal, that for the vast majority of soldiers, they are buried with no distinction of nationality. Just outside the Ossuaire, you can visit the graves of soldiers who were given a proper burial. 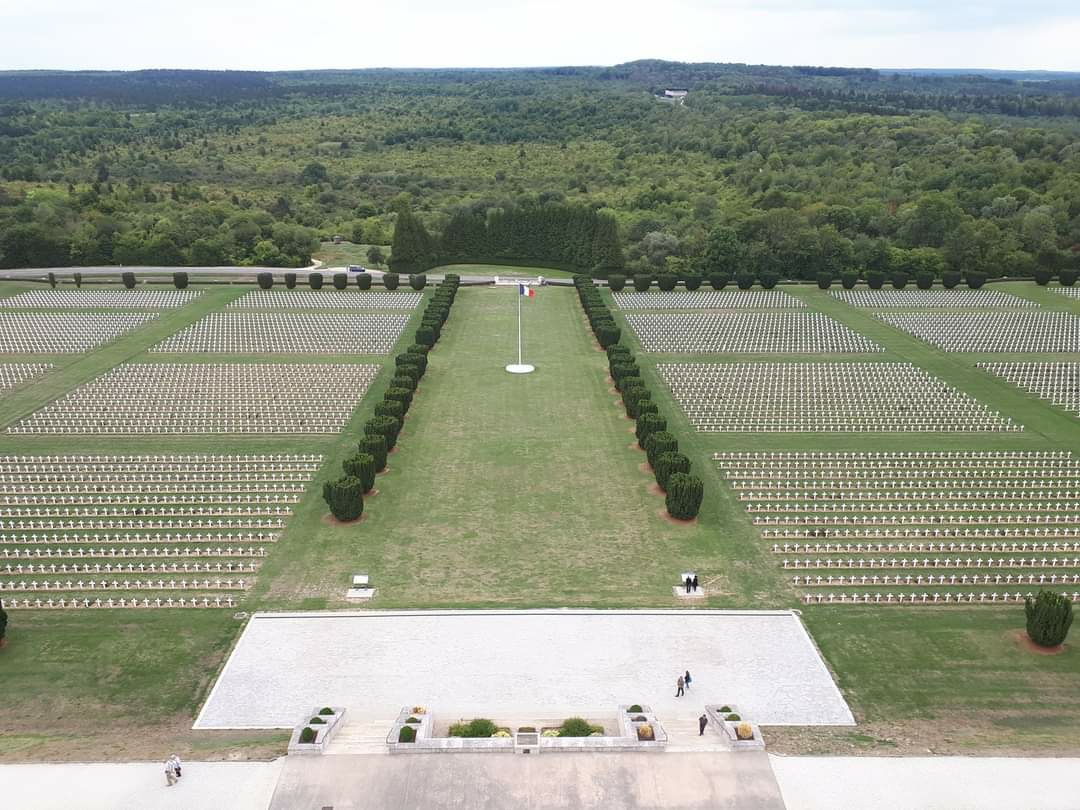 Head over to Fort Douaumont, the largest of 19 defensive works that protected Verdun. You can experience for yourself the inside of the fort, but the most captivating part is when you walk around the outside. It is amazing how over a hundred years later, the ground remains cratered from constant bombardment. You see a flash of hope as you see both the French and German flags flown side by side, signifying the now strong partnership between the nations. 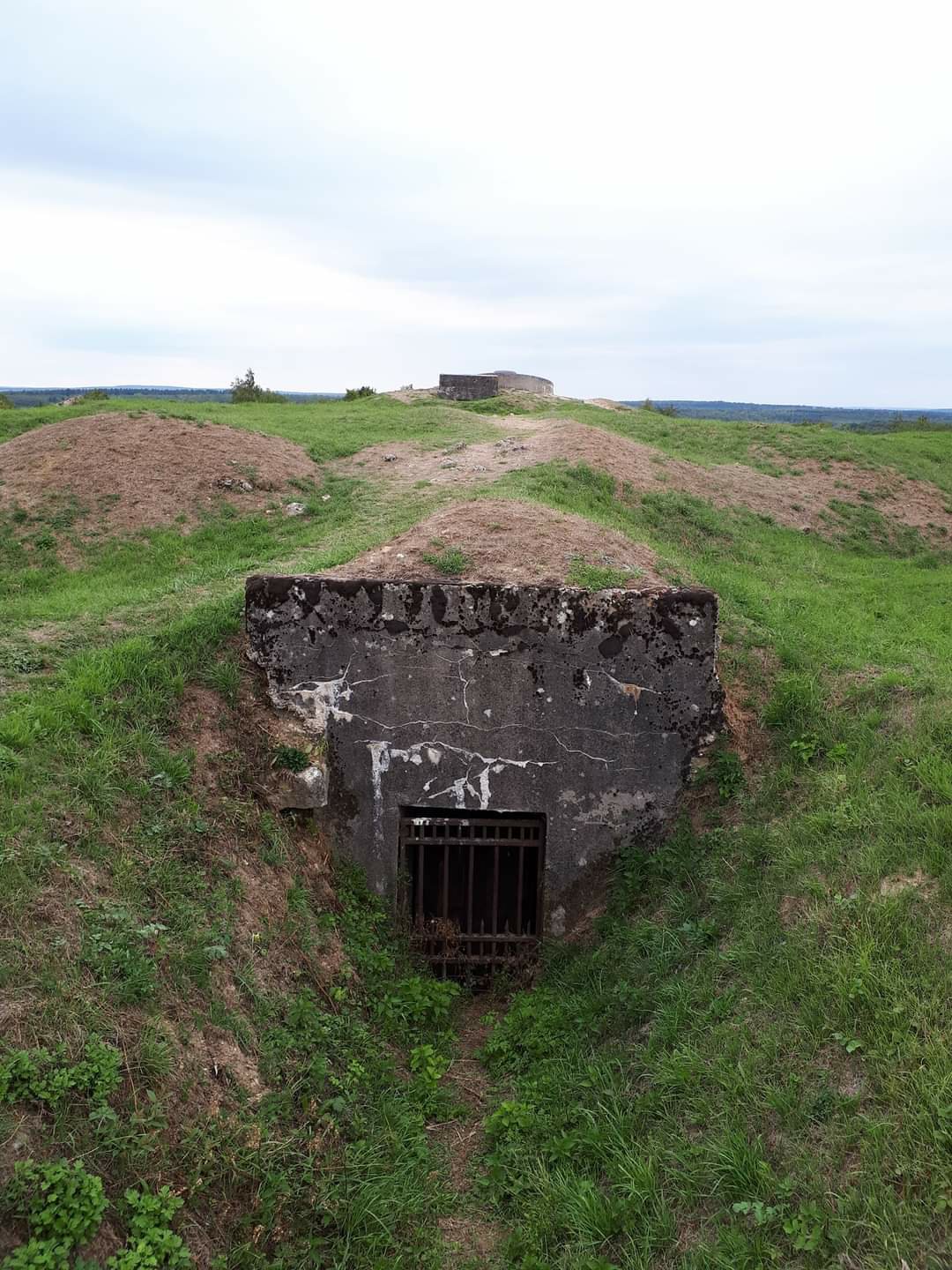 The most sombering part of your visit will be driving to see the nine destroyed villages of Verdun. After the war, the French government prohibited the rebuilding of the villages because the amount of ordnance, lead, and remnant of poison gas in the area. Despite the government’s warning, the only village that was rebuilt is Vaux, which today is home to a small community. However, stop by one of the ghost villages to truly feel the sense of loss during the battle. Despite not having any residents, the eight empty villages still maintain official town status and still have a mayor. We stopped by Fleury, where we saw markers that showed where structures once stood over a century ago. 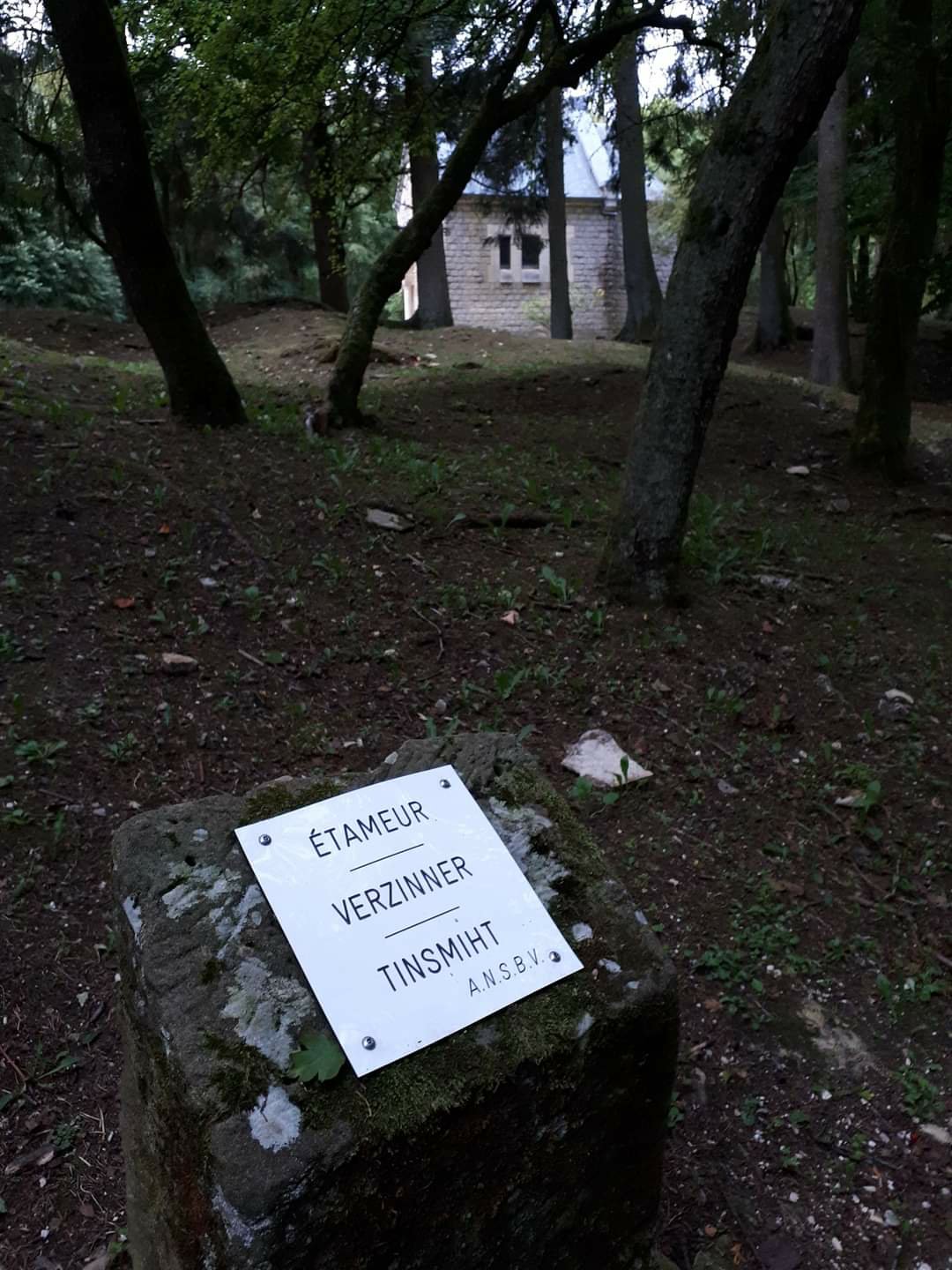 Located in St. Avold, France, the Lorraine American Cemetery and Memorial is also operated by the American Battle Monuments Commission (AMBC). The cemetery is the final resting place of 10,489 Americans who died in 1944 during the Allied advance towards the Rhine. Many died while expelling the Germans from Metz. While there, you can see a handful of notable burial sites, to include four Medal of Honor recipients. 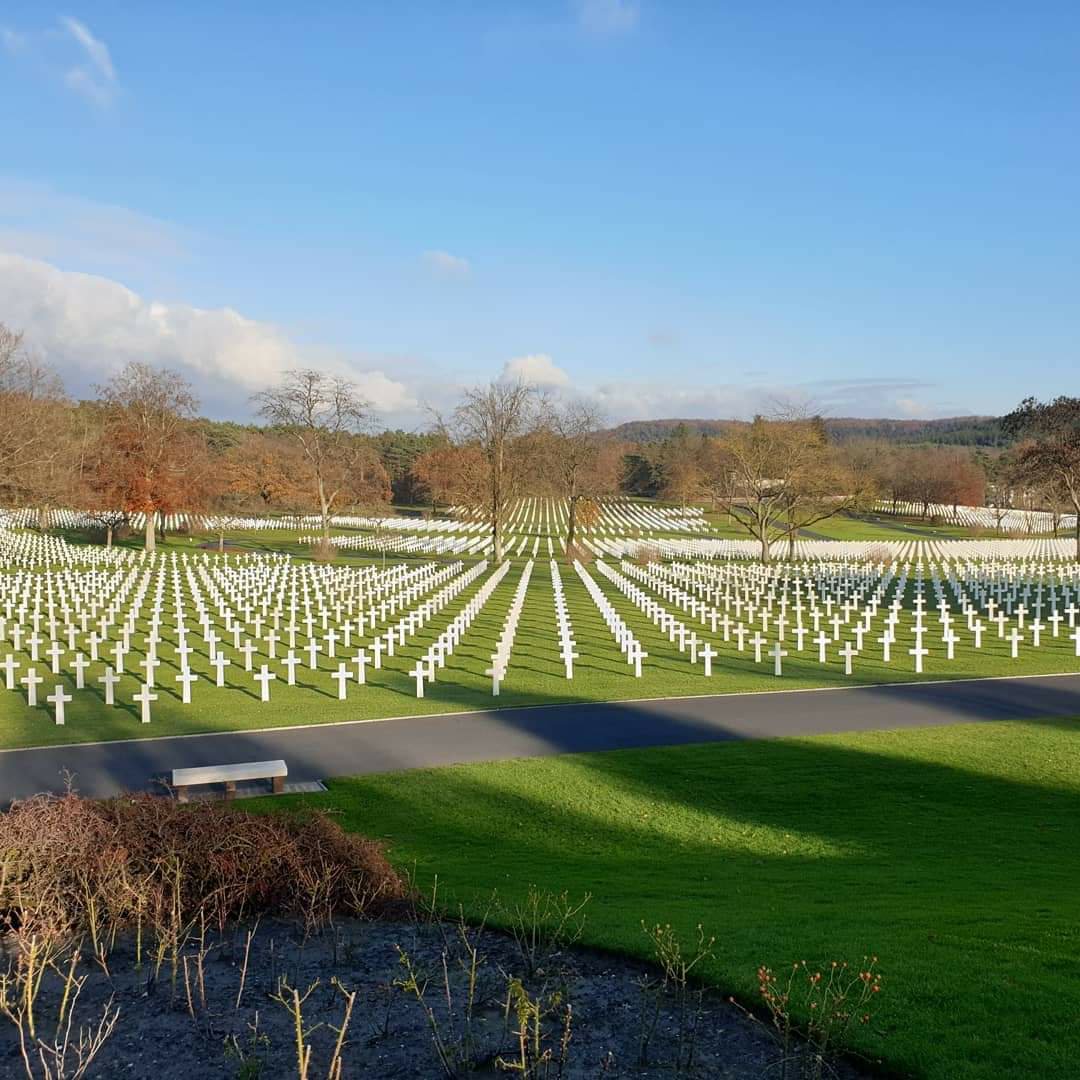 Just over an hour drive from Kaiserslautern, you can visit the cemetery almost every day of the year, as it is only closed during Christmas and New Years Day. The best time to visit is during a scheduled event, such as during their Memorial Day commemoration. Most people bundle a trip to the cemetery while enroute to Metz, or with a visit to France’s Cora market. 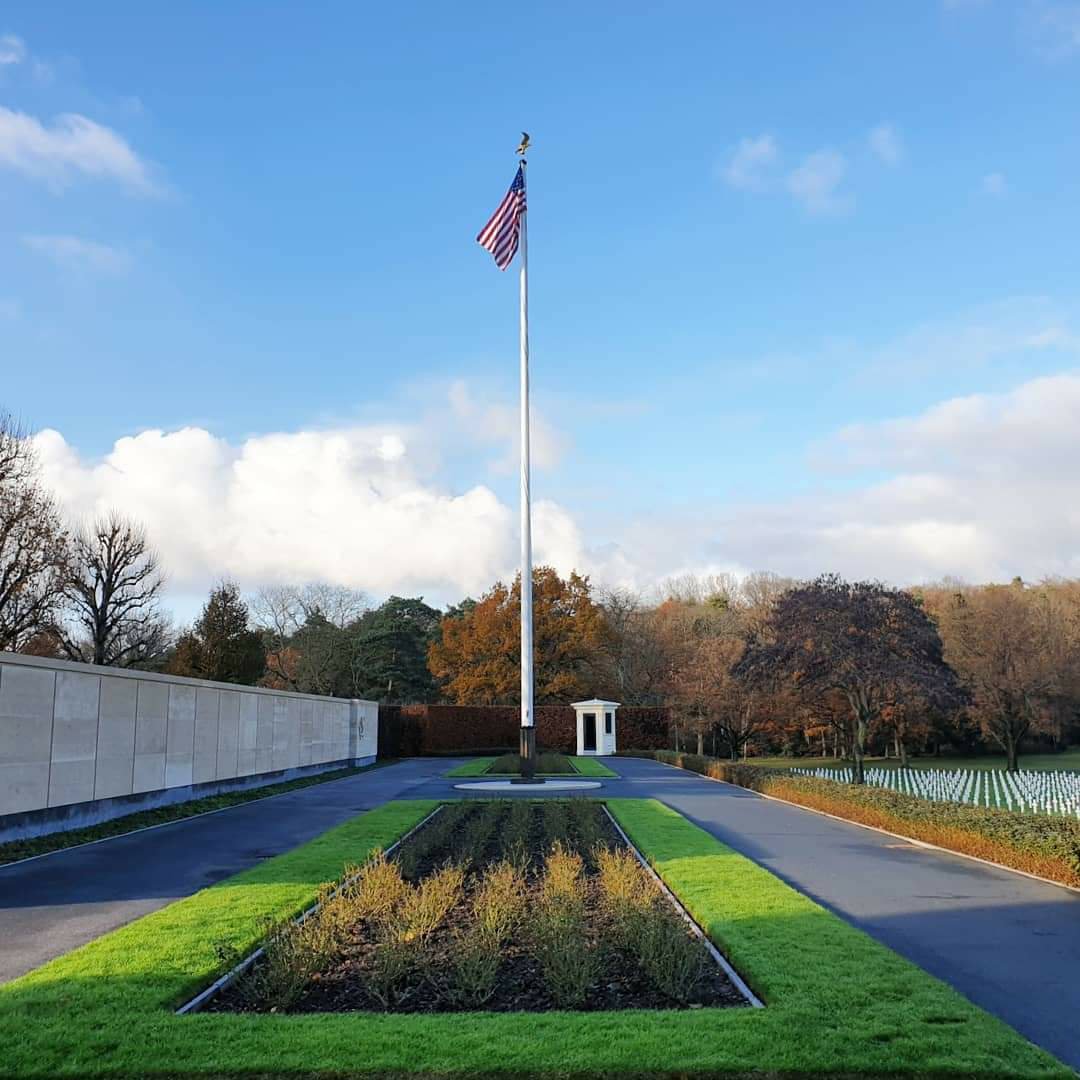 Entry is free, but before you head out, read more by visiting the website http://www.abmc.gov/Lorraine

May 7, 1945 is known as Victory Day across Europe, and it is only fitting that our last suggestion is the location for where it happened. On this day, General Alfred Jodl, the Wehrmacht Chief of Staff, visited Reims, France to surrender to General Dwight Eisenhower at the Supreme Headquarters Allied Expeditionary Force. 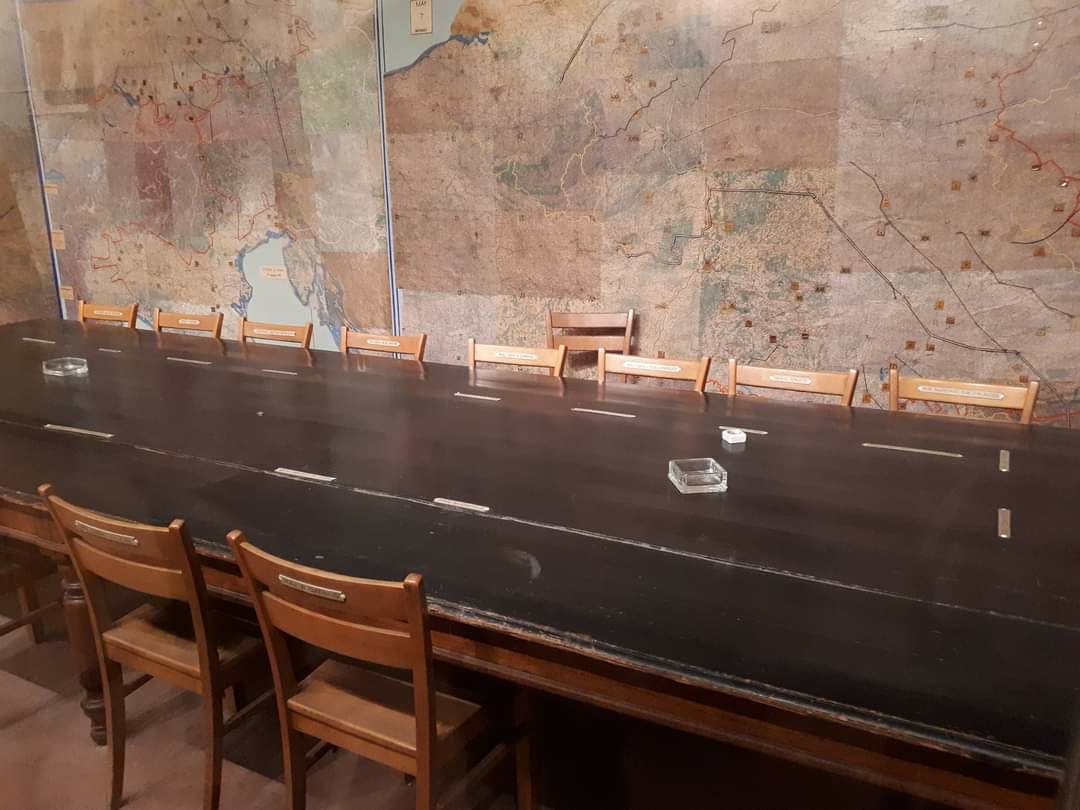 Unlike Bastogne, your visit to Reims will probably be more than soaking in World War II history. However, if you are looking to indulge in a little World War history while there, spending an hour at the Museum of Surrender will certainly scratch the itch. While visiting the small museum, you can see the preserved map room and visualize the Allied leadership filled with pride, knowing that Germany had officially surrendered. You can learn all you need to know about the museum with a short film, and see other artifacts and contemporary uniforms displayed around the museum. 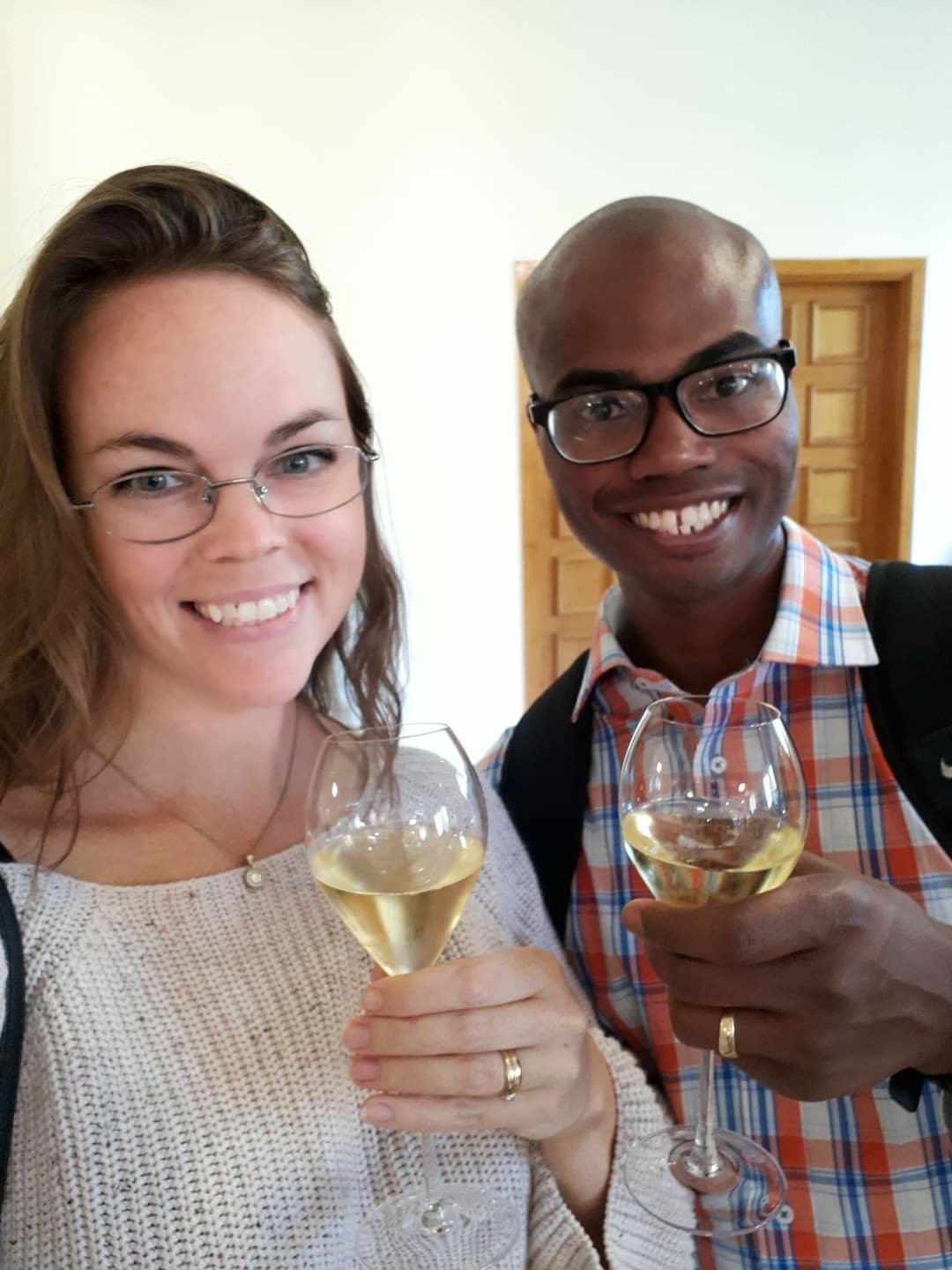 As formerly a prominent Roman city, Reims is overflowing with sights such as the Reims Cathedral. The best part is that being in the heart of the French Champagne Region, the city boasts some of the largest champagne houses. Only a three hour drive from Kaiserslautern, Reims is an easy getaway as a day trip or overnight stay. 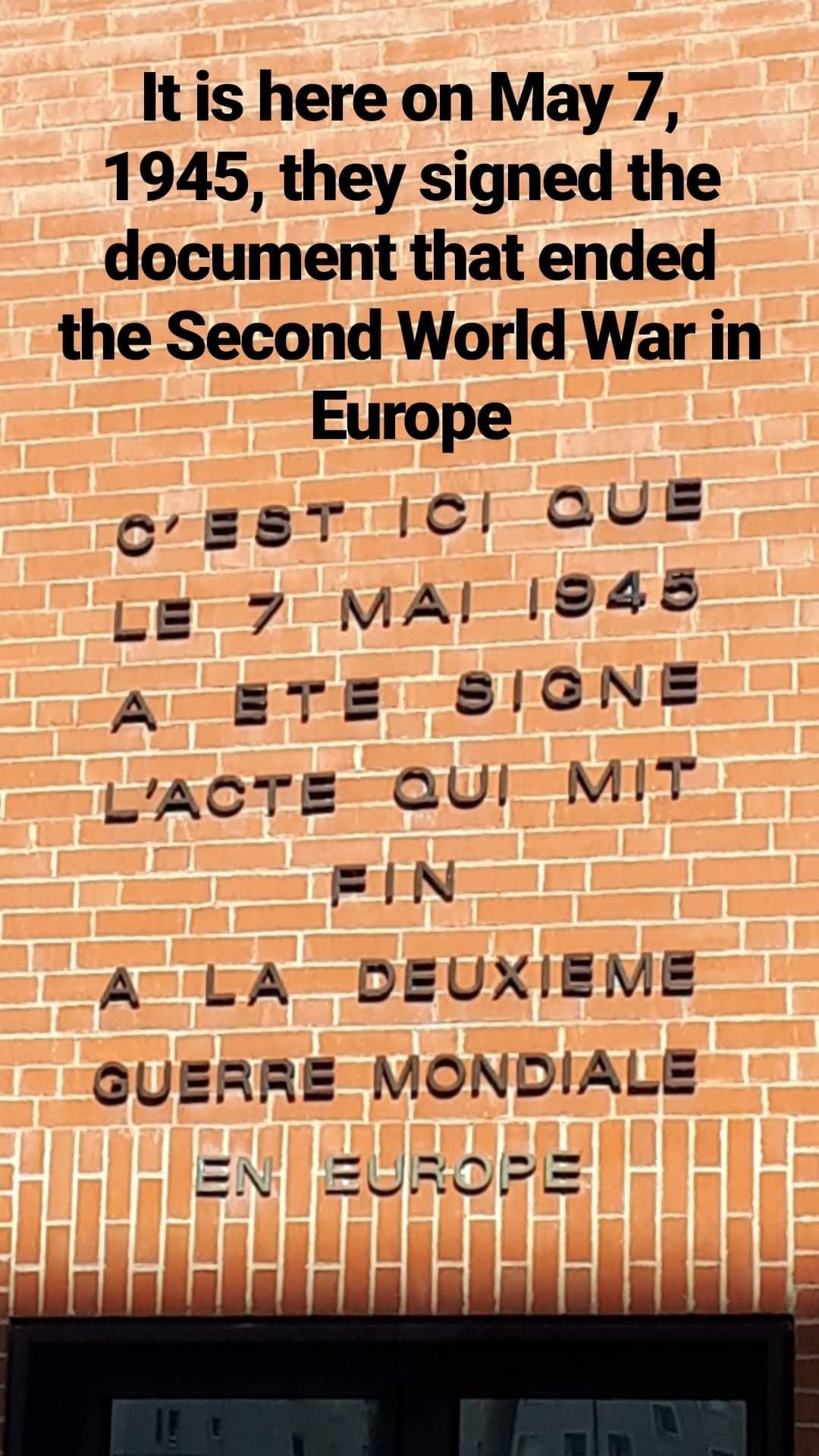