I love Brugge. It’s such a romantic canal city near the North Sea. I’ve heard Brugge called many things: Bike City and Venice of the North, but I like to call it Beer City. Brugge (or Bruges) is perfect to visit any time of the year. We took an MWR trip a couple years ago and enjoyed all the bucket list stuff which included climbing the steps of the bell tower, strolling along the canals, a gondola ride, and of course, checking out a few pubs. We had the opportunity to make a short visit during the first weekend of February 2020 during the Bruges Beer Festival. 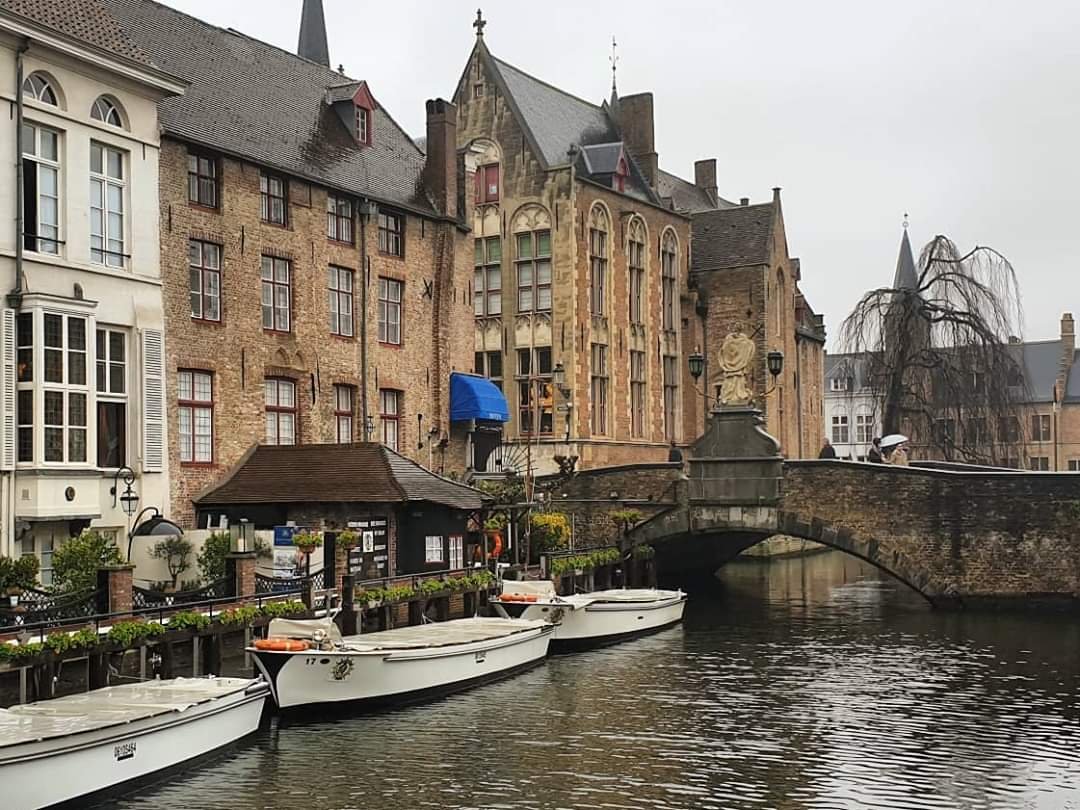 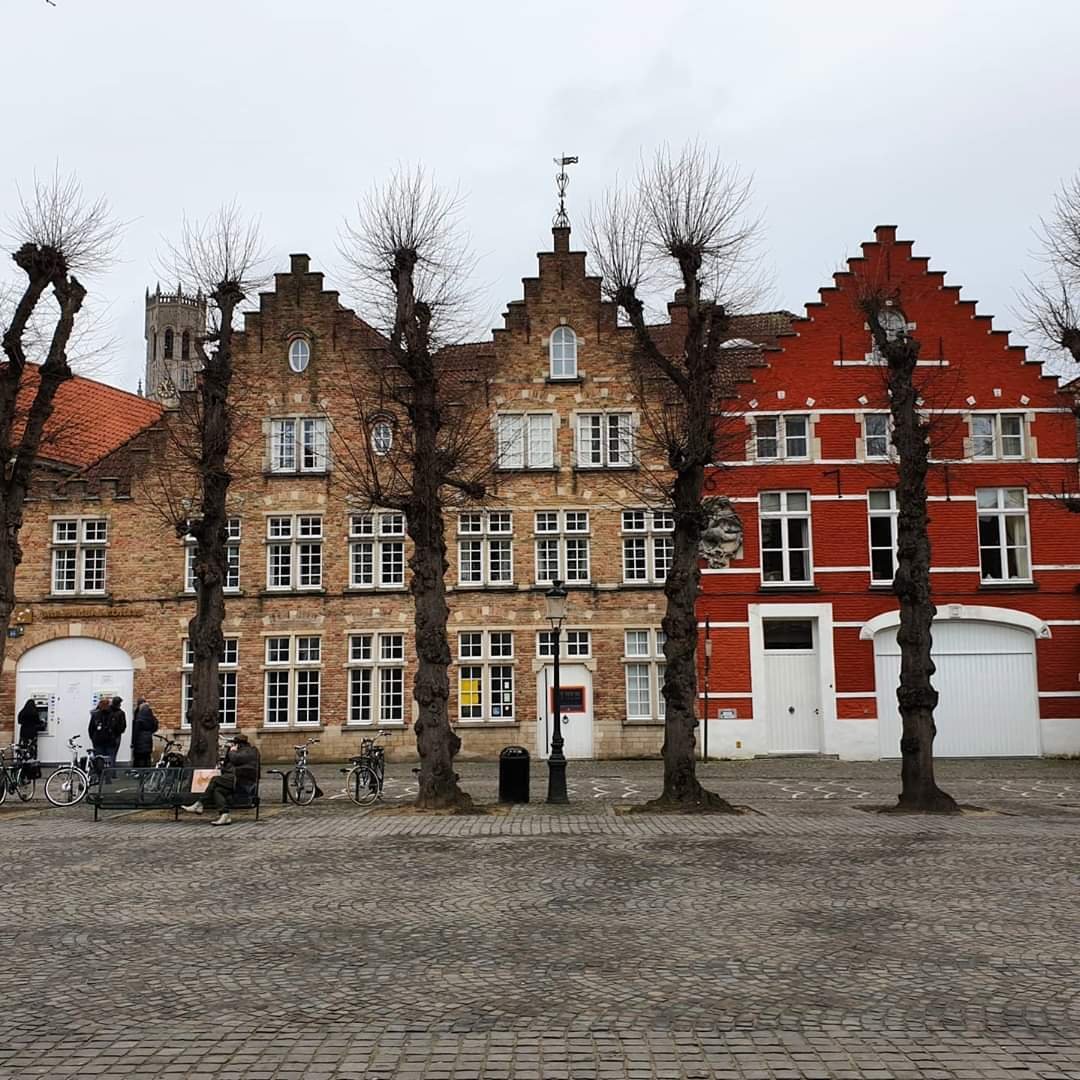 Some of the best things start with B: Brugge, Belgium, Beer, Chocolate, Waffles. Ok, not everything good starts with a B. One can’t help to fall in love with this cute Flemish town that take pride in having some of the world’s best beer, chocolate, and waffles. We couldn’t resist taking a spontaneous trip to Brugge at the invitation of our friends Aussie and Jungle George, especially since they were doing the driving. The trip from Kaiserslautern is an easy four and a half hour drive. You can get there on a single tank of gas, but at some point you’ll probably have to fill up on the economy since there’s no Esso along the direct route. 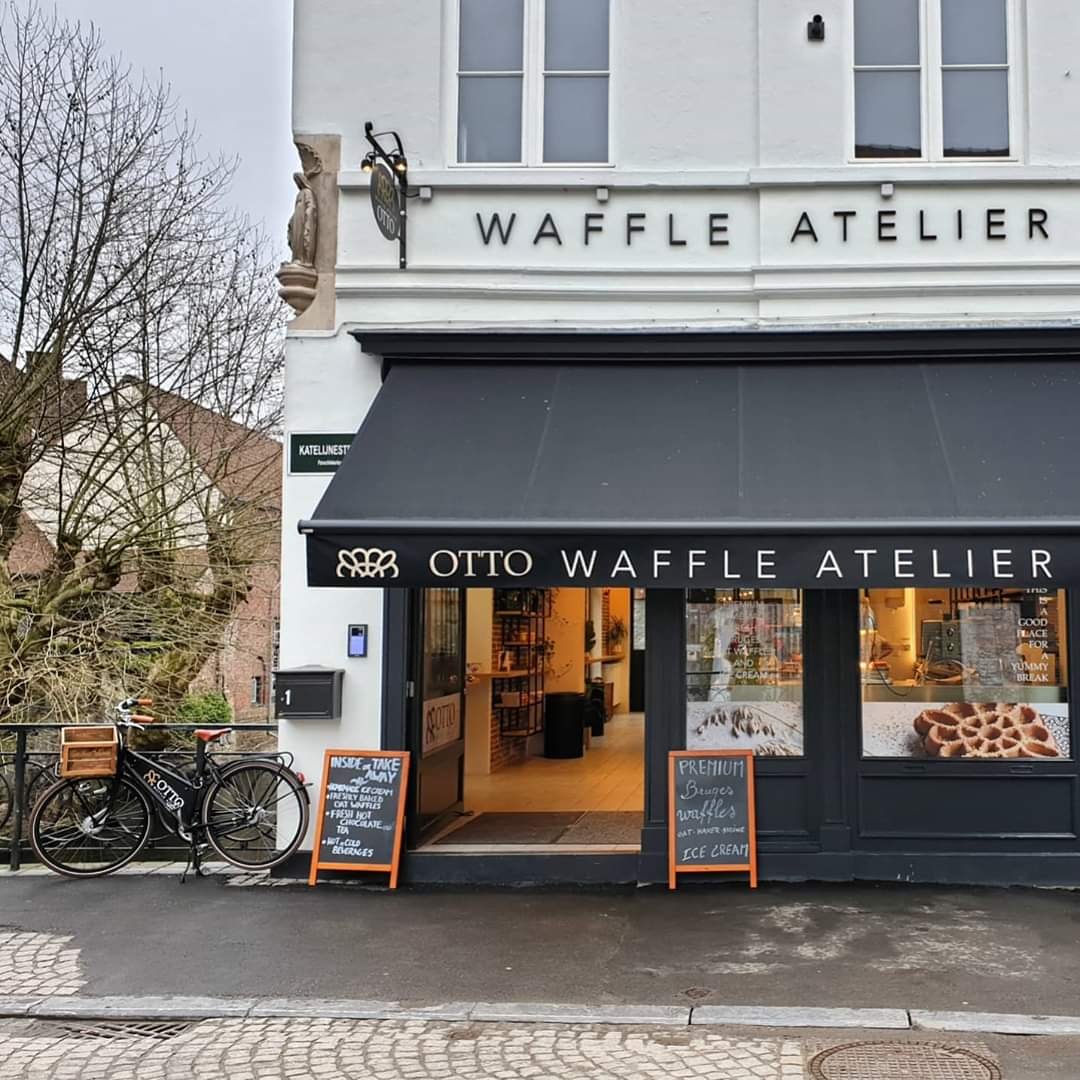 Even though our trip was last minute, we were able to book two rooms at the ibis Brugge Centrum for €123 each room. Parking at the hotel was under €15 a day, and once we parked, we didn’t have to move the car again until it was time to leave. The hotel is perfectly located within walking distance to everything, including a 10 minute walk to the Brugge Beer Festival at ‘t Zand. The hotel was absolutely lovely, with many rooms boasting views of the town. We arrived around 10am, only hoping they would let us check in our luggage. To our surprise, they actually let us check in early. I can’t say enough about how much we enjoyed staying there. Here is the view we had from our room. 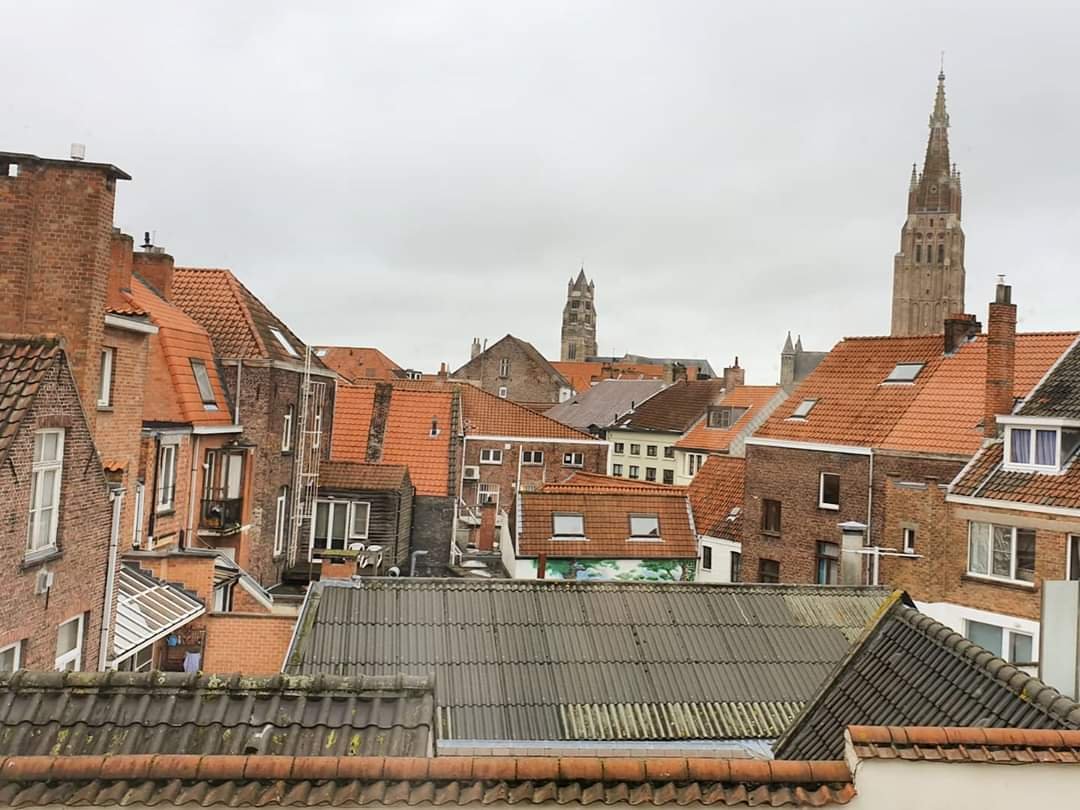 Since we did an advance purchase of our beer festival tickets online, we were able to enter the festival at 11:30am. With time to kill, we decided to take our time on the way to ‘t Zand. Our first stop was Pol Delpa Chocolatier, where we had the most awesome waffles and hot chocolate. At first, I was a little disappointed to see the chocolate on my waffle wasn’t Nutella, but I soon realized that it was much tastier. 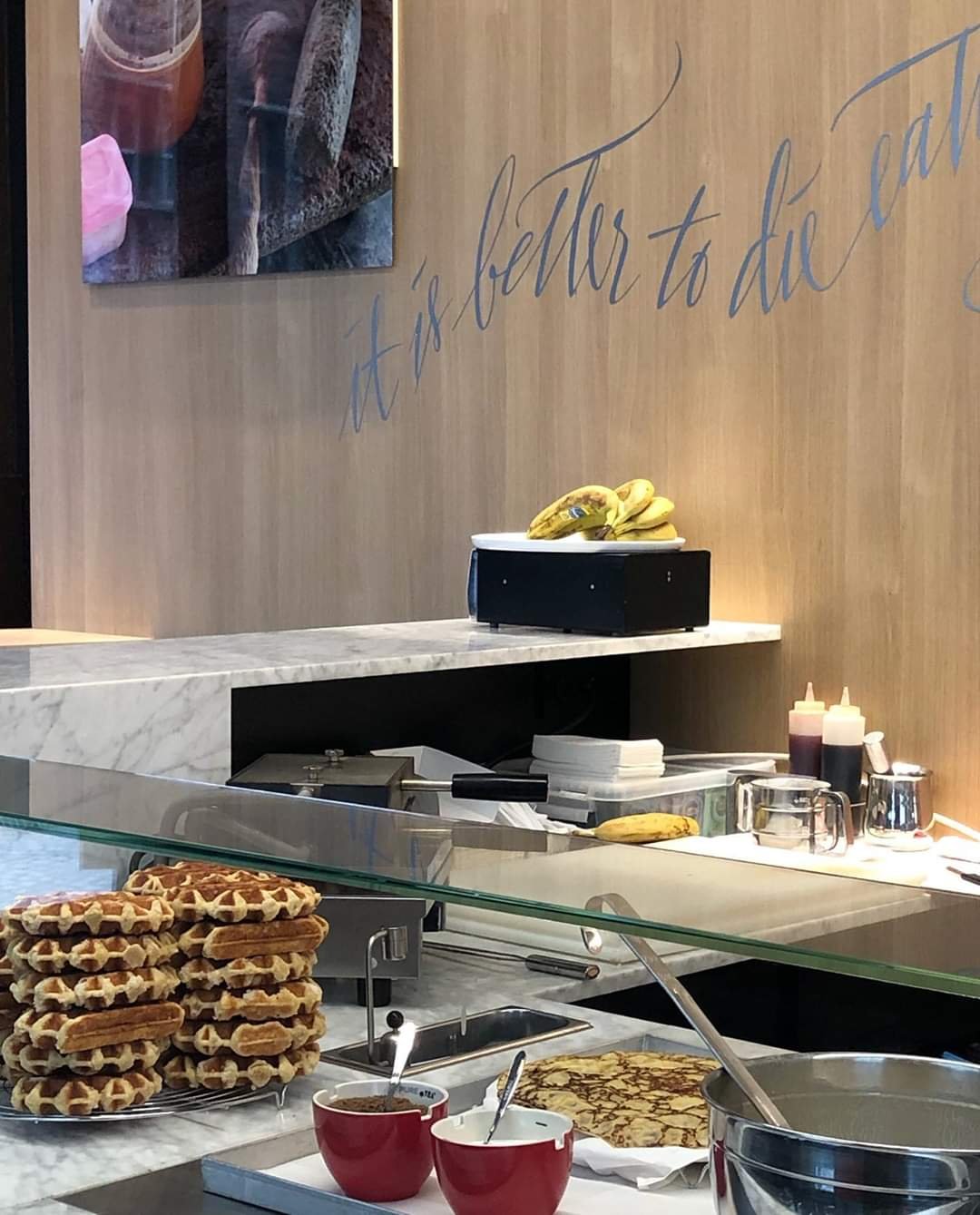 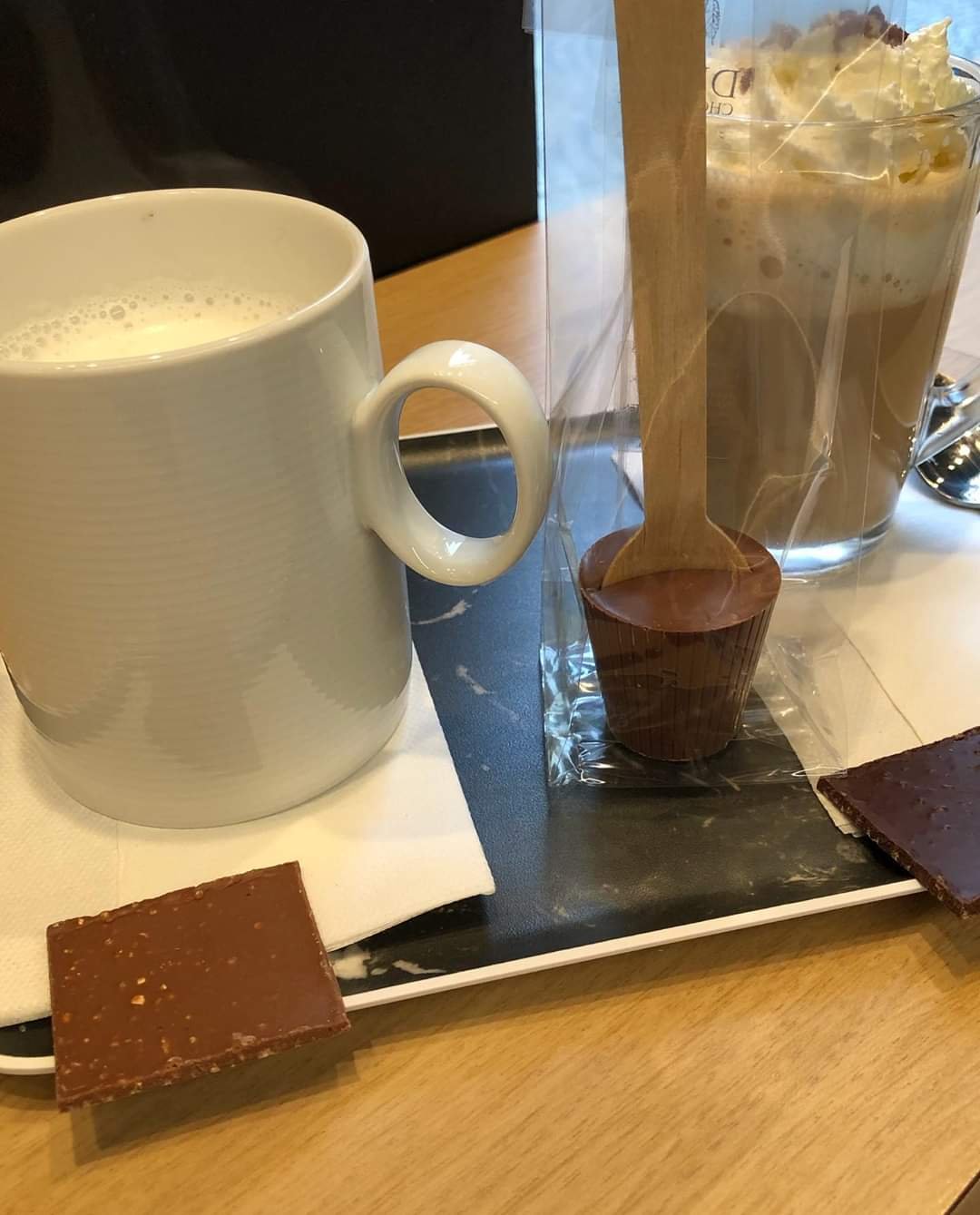 After grabbing a bite to eat, we made a quick stop at Saint Salvator’s Cathedral on our way to the festival. This beautiful cathedral stands prominently in center of the city. Built in the 1300s, we enjoyed browsing the extensive display of Renaissance and Gothic art. With free entry, there’s no reason why not to spend some time touring this cathedral during a visit to Brugge. 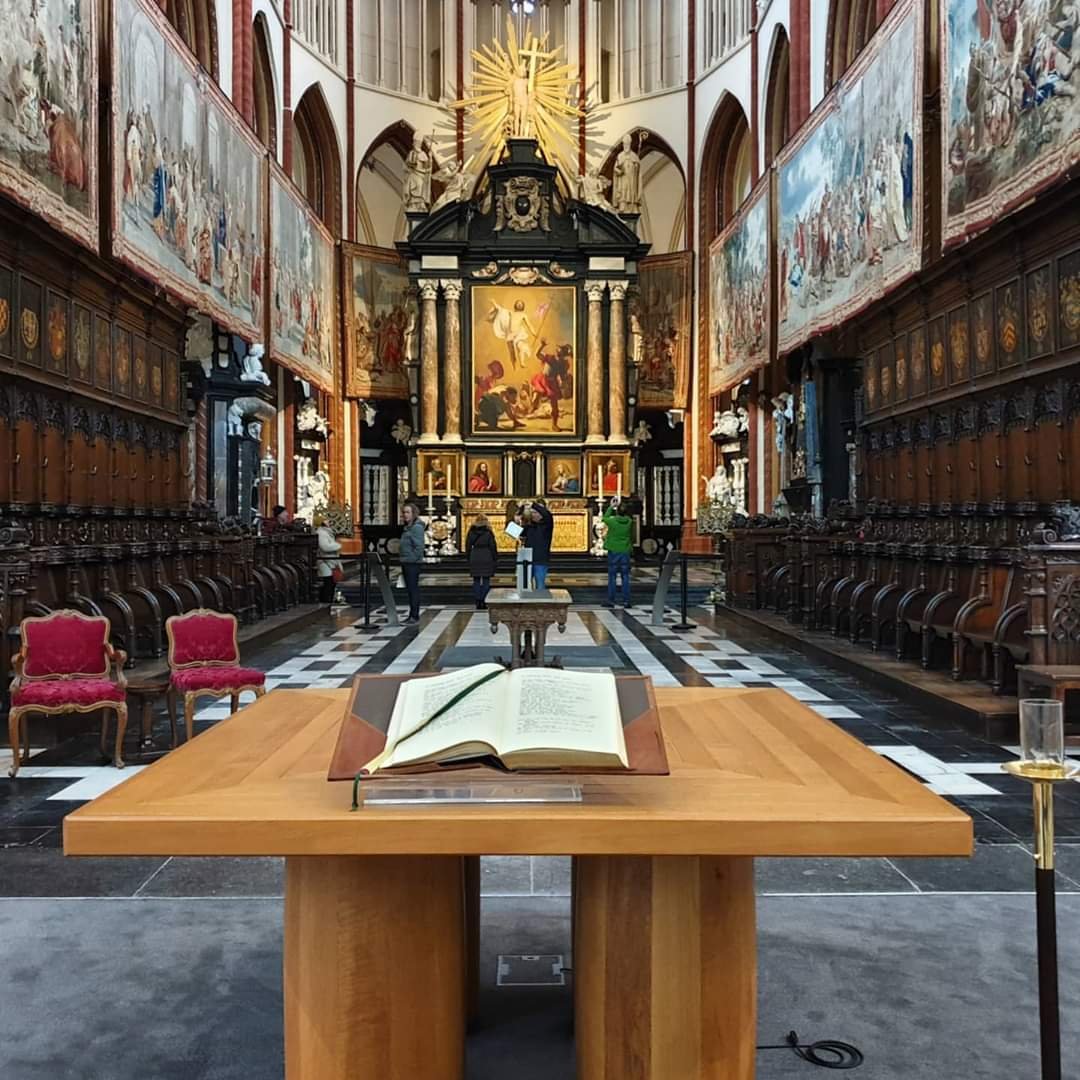 We made it to the festival just in time for early entry. We advance purchased tickets for €20 each, which was a great deal considering the package we received. After taking a glance at the line of people buying same-day tickets, I was thankful for the tip to advance purchase. Our tickets came with six drink tokens, a festival guide, and a glass we got to take home after putting it to great use at the festival. 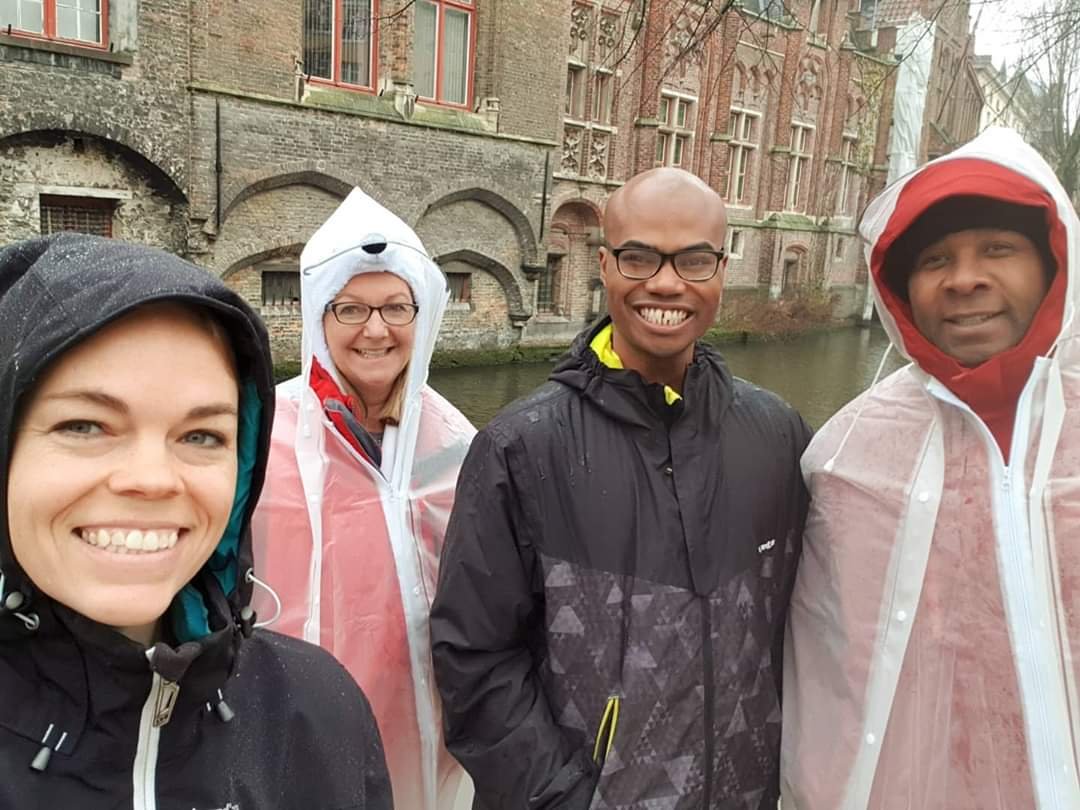 The Bruges Autonomous Beer-tasters (BAB) Beer Festival is a yearly winter beer festival that has been running since 2007. This year the festival was at ‘t Zand, but the site has changed multiple times due to growing popularity. With over 20,000 people eager to enjoy the festival’s 14th year, the festival truly had an international feeling. With that said, there were many Belgians, lots of Brits, and of course, hordes of Americans pouring off of RTT and MWR busses. There were beer drinkers from all walks of life. There were the crazies dressed up as superheroes, the Beer connoisseurs, the designated drivers, and of course, the “I have no idea what to drink, I just want to drink beer” crowd. Our traveling party belonged to the last category. 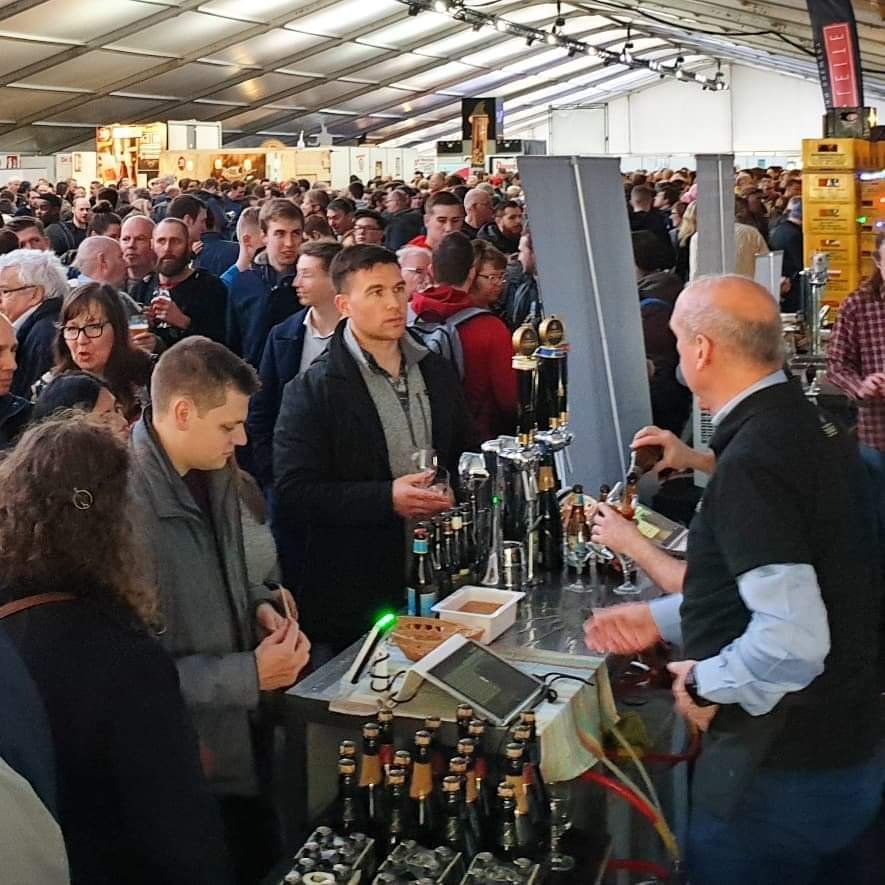 The Brugge Beer Festival featured over 70 breweries and hundreds types of beer. Each fill-up was one or two tokens, but we didn’t find ourselves needing to drink any of the two token beers. Tokens were loaded onto a wooden chip card at entry, and there were kiosks throughout the fest to add to the card. Between Nellie and I, twelve tokens were plenty as I drank my six and two of hers. 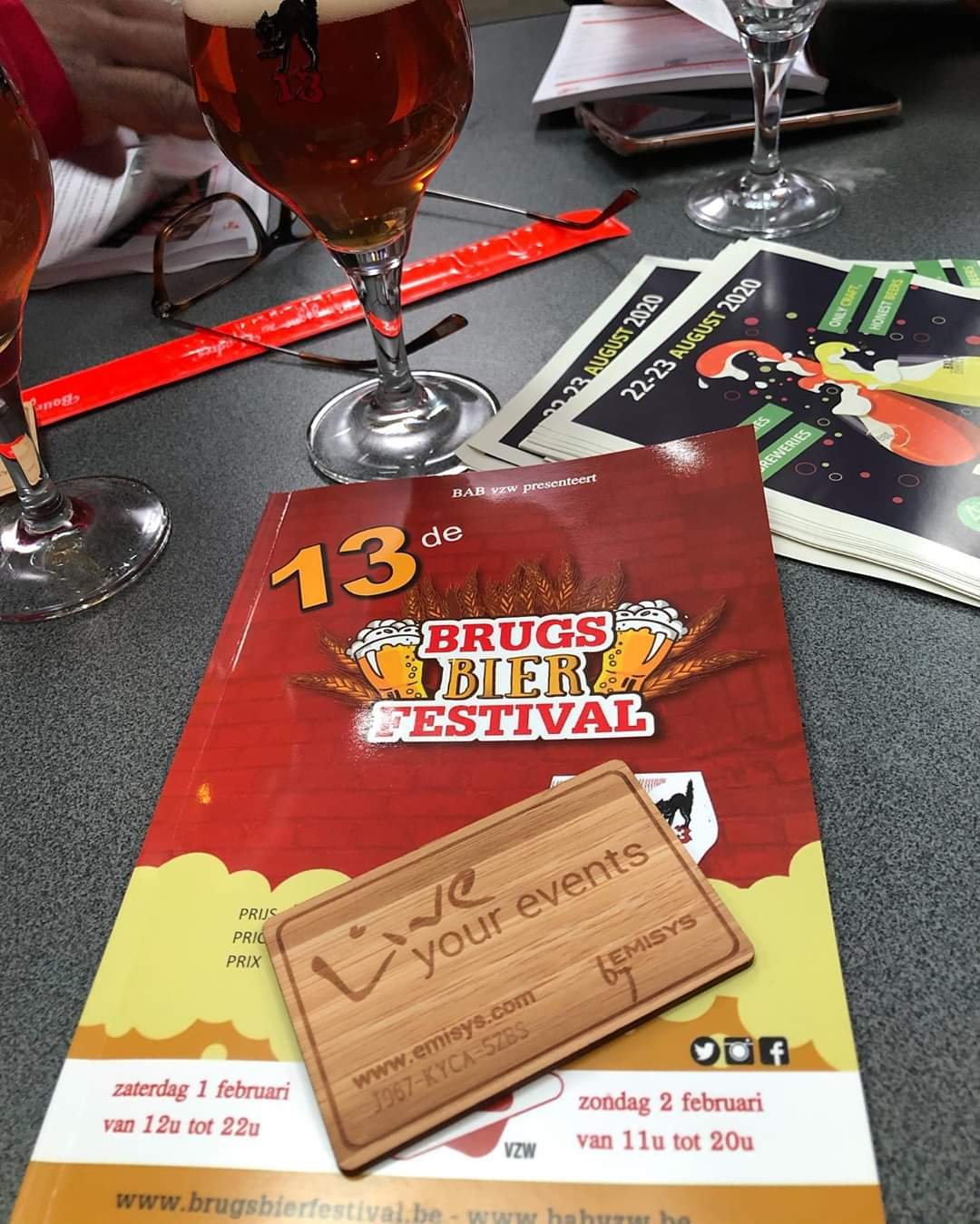 You could almost get decision fatigue from all the Beer choices. The festival guide helped narrow the decision making, but it still was hard to navigate through hundreds of types of beer and strengths. From dark, blonde, pilsner, to fruity beer, if you can imagine it, they had it. The most popular spot was, not surprisingly, the Delirium stand. My method of choosing beer was by seeking beer with the highest alcohol content, while Nellie particularly liked the fruity beer and zoet blonde.

They had limited food for sale, but we noticed many people brought in their own food to the festival. We met a Belgian, Philip, an avid Seattle Seahawks fan, who happily shared his food with us. He proved to be a beer connoisseur, but unlike the man from Manchester also at our table, Philip was very pleasant to break bread with. At some point he gifted us with jester hats, which to my surprise, a picture of me wearing the hat ended up in a Belgian online journal the next day. 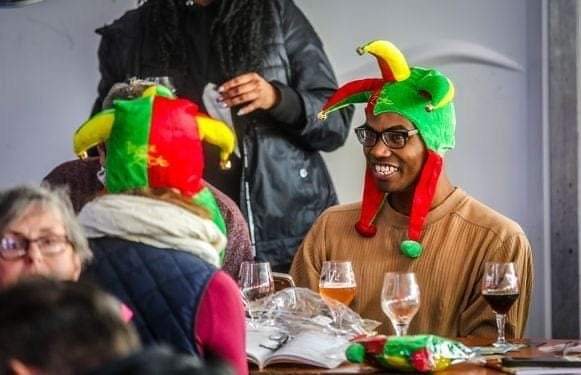 While I stuffed my face with Philip’s food, Nellie disappeared for half an hour. Apparently she stumbled into a restaurant across the street called Friday’s (not TGI Friday’s), where she ate spaghetti bolognese and had a drink for €10. 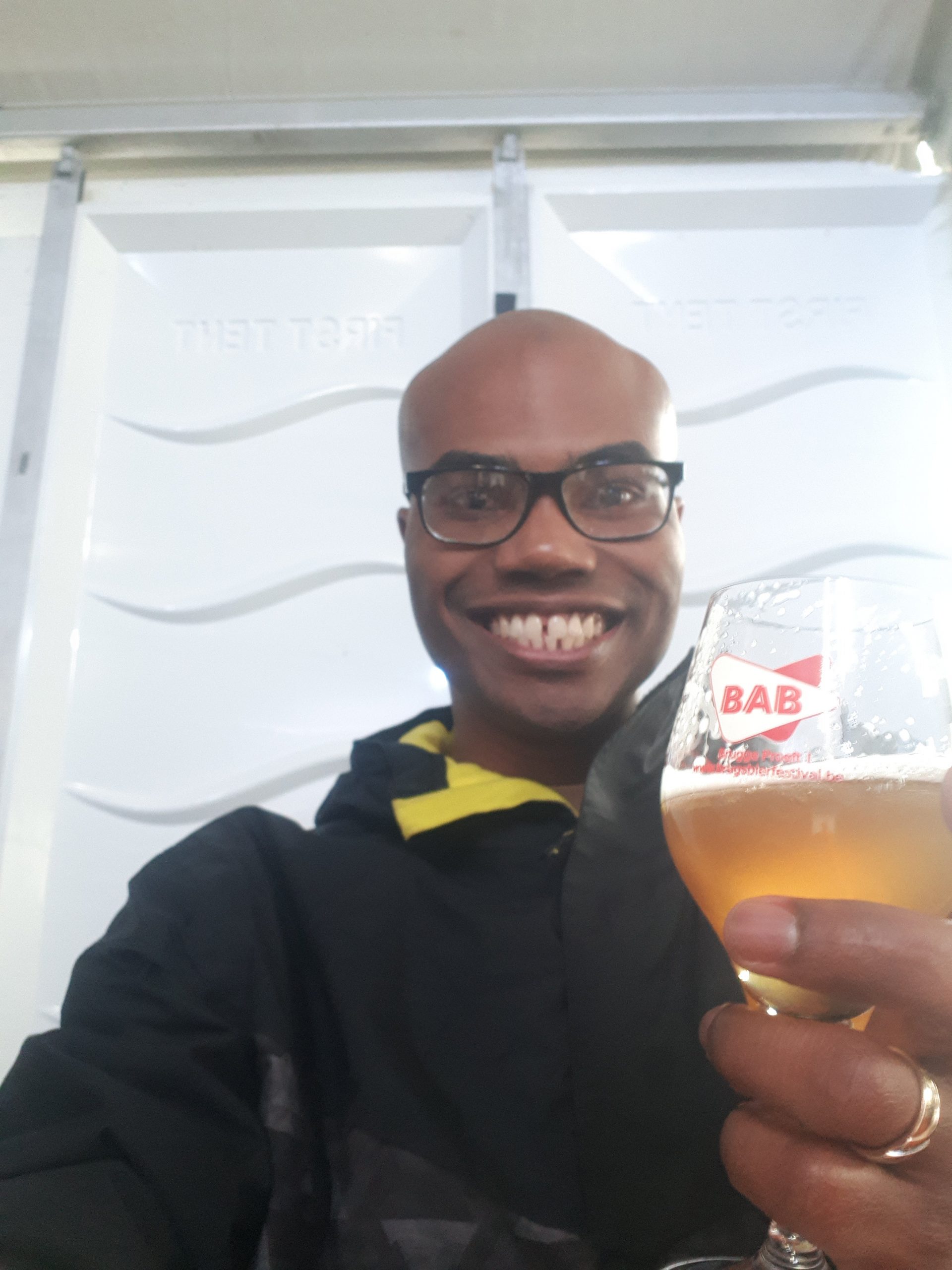 We had a brief conversation with the quiet man from Manchester also at our table. He was one of many people who took the festival experience seriously. We tried not to stare as we watched him diligently take notes by hand and transfer the notes to his laptop. He only looked up when it was time to refill his glass and sip on more beer. We learned that he has come to the festival every year since it began. 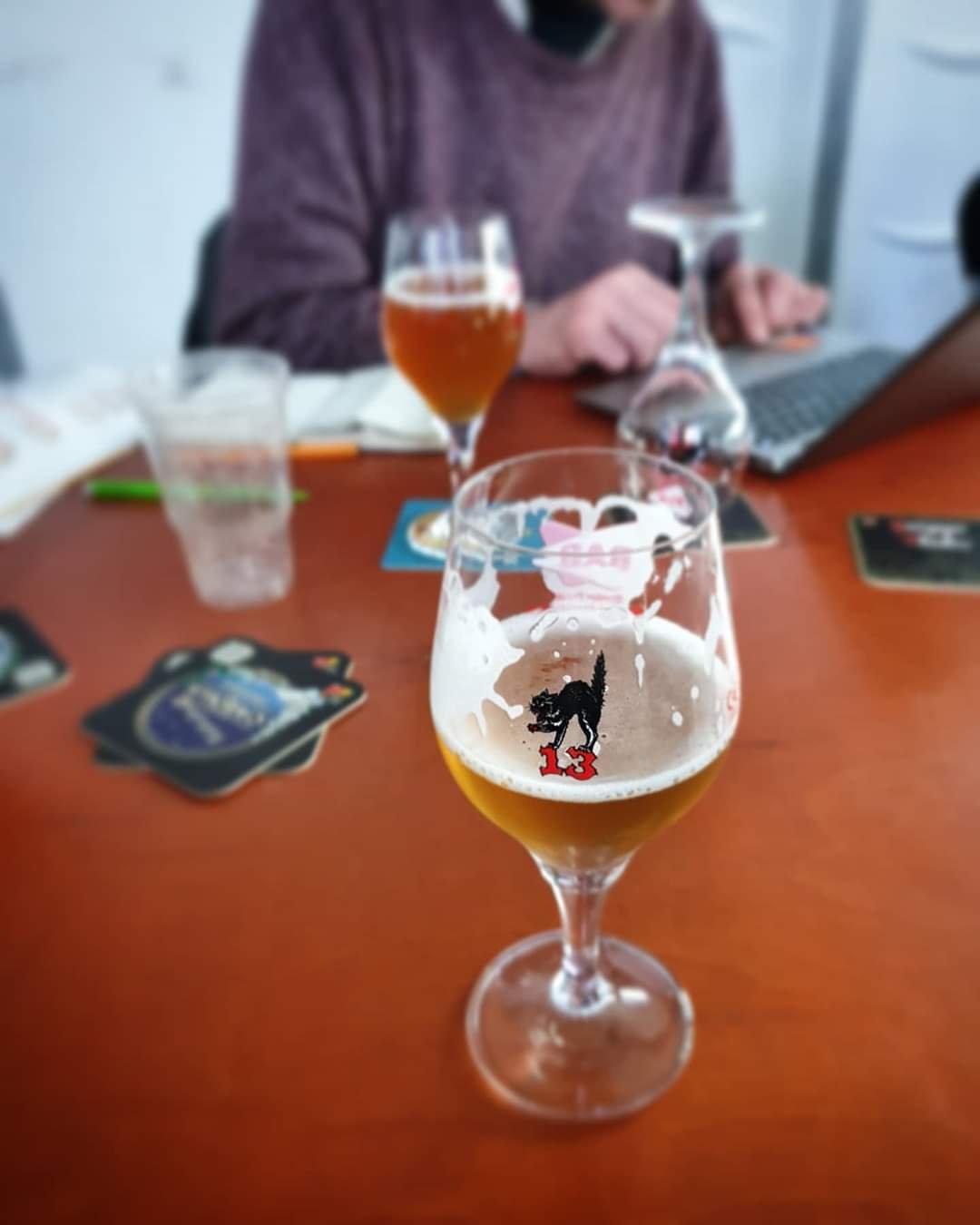 Nellie and I were exhausted after a few hours, although Aussie and Jungle George kept the party going several hours after we left. The festival got progressively more crowded throughout the day, which frustratingly increased wait times. To make things worse, the toilets clogged up and became unserviceable. Imagine being at a beer festival with thousands of beer drinkers, and no working toilets! It was a good opportunity for Nellie and I to head back to the hotel for a midday nap. 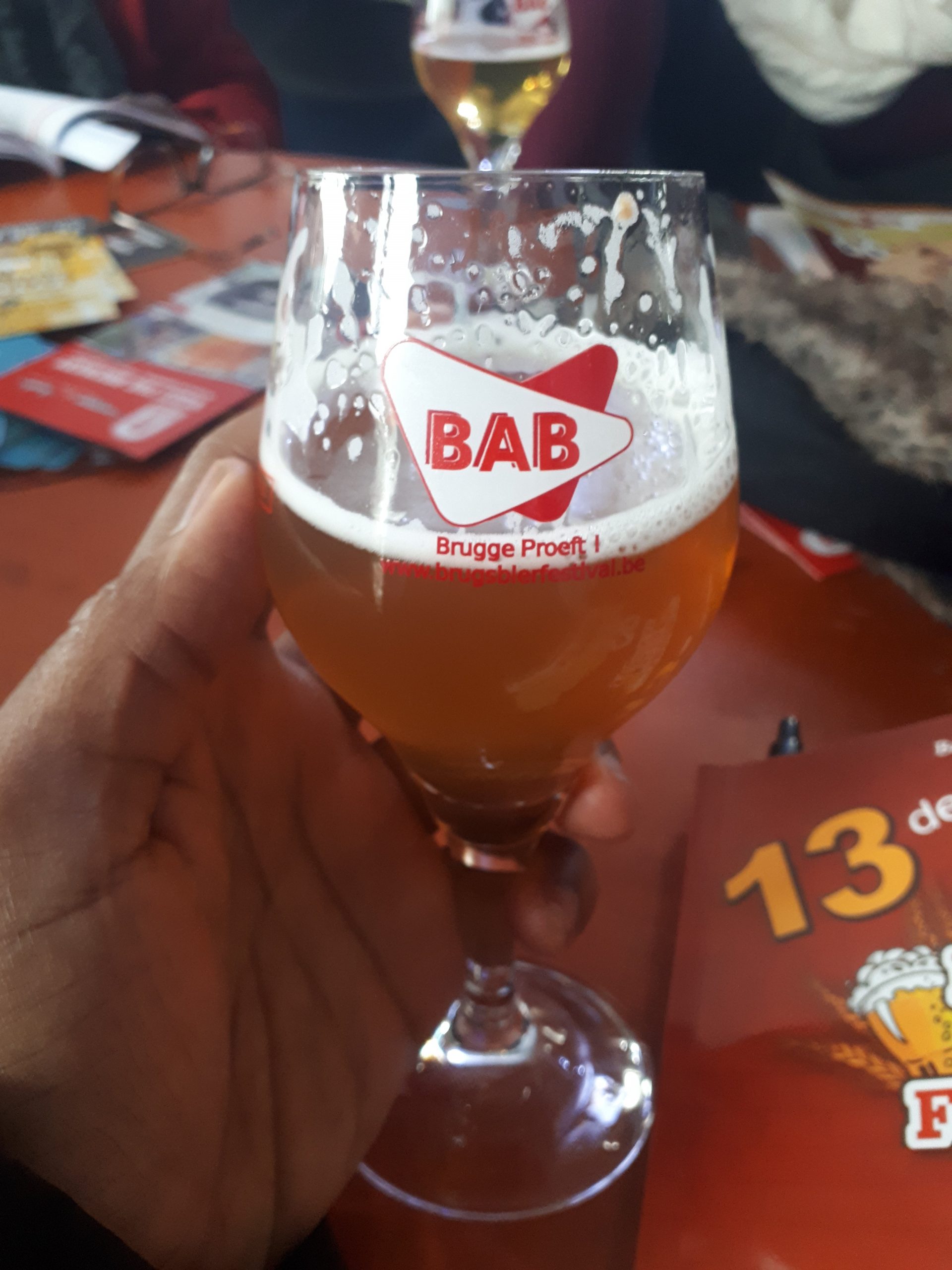 After napping a couple hours, we met with our friends for dinner at a lively restaurant, Central Park 27. The service was perfect. Even though the restaurant was booked solid, they found a way to accommodate the four of us. The restaurant was recently priced, costing Nellie and I only €35 for fish and chips, and a couple of drinks. 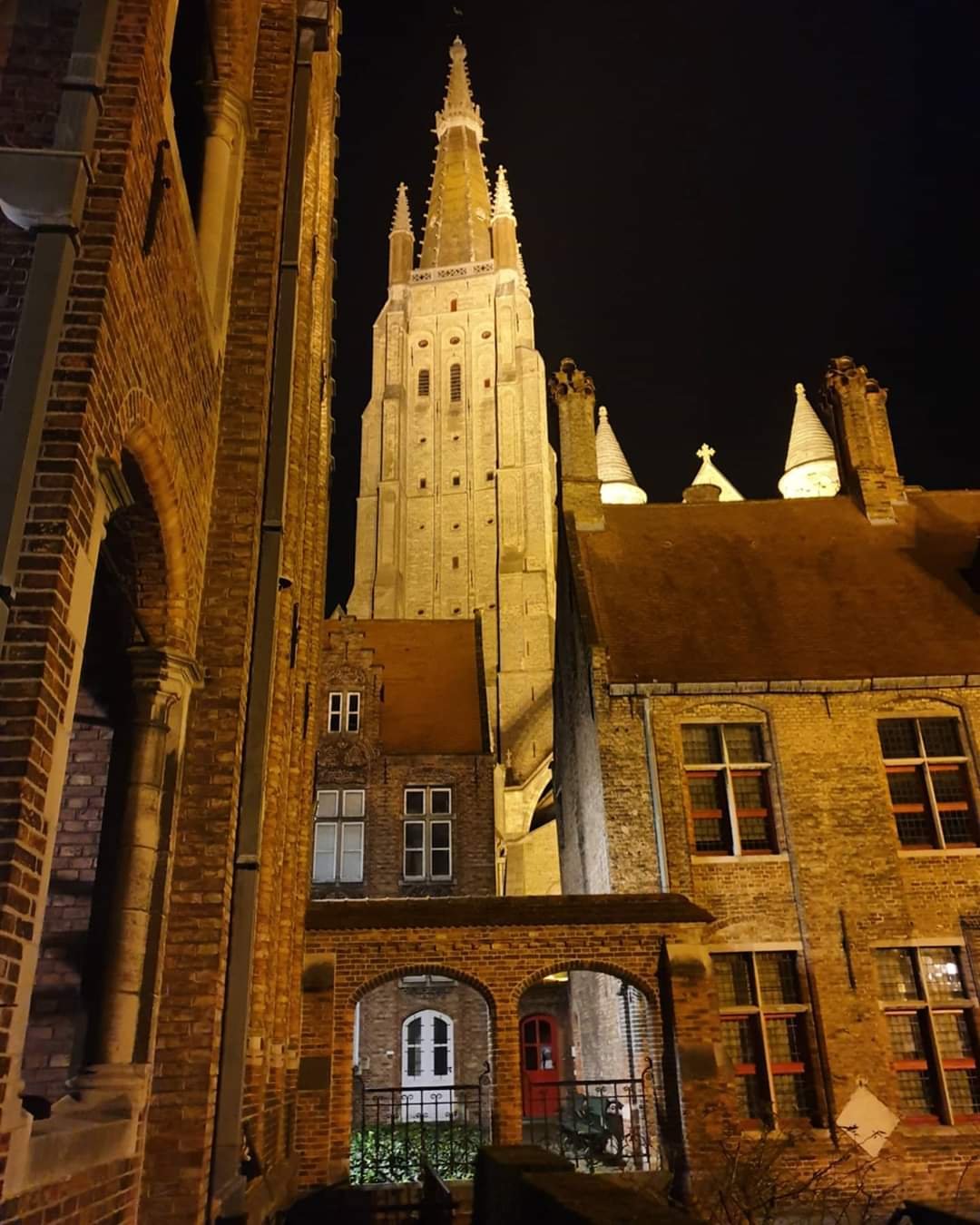 After dinner, we figured we had enough for the day. We took a scenic route back to the hotel, astounded at the city’s beauty at night. While the main streets bustled with tourists stumbling back from the festival, we enjoyed wandering the small roads and alleyways on the way to the hotel. We soaked in the quiet courtyards, illuminated towers, chocolatiers, waffles, and beer stores on every corner. 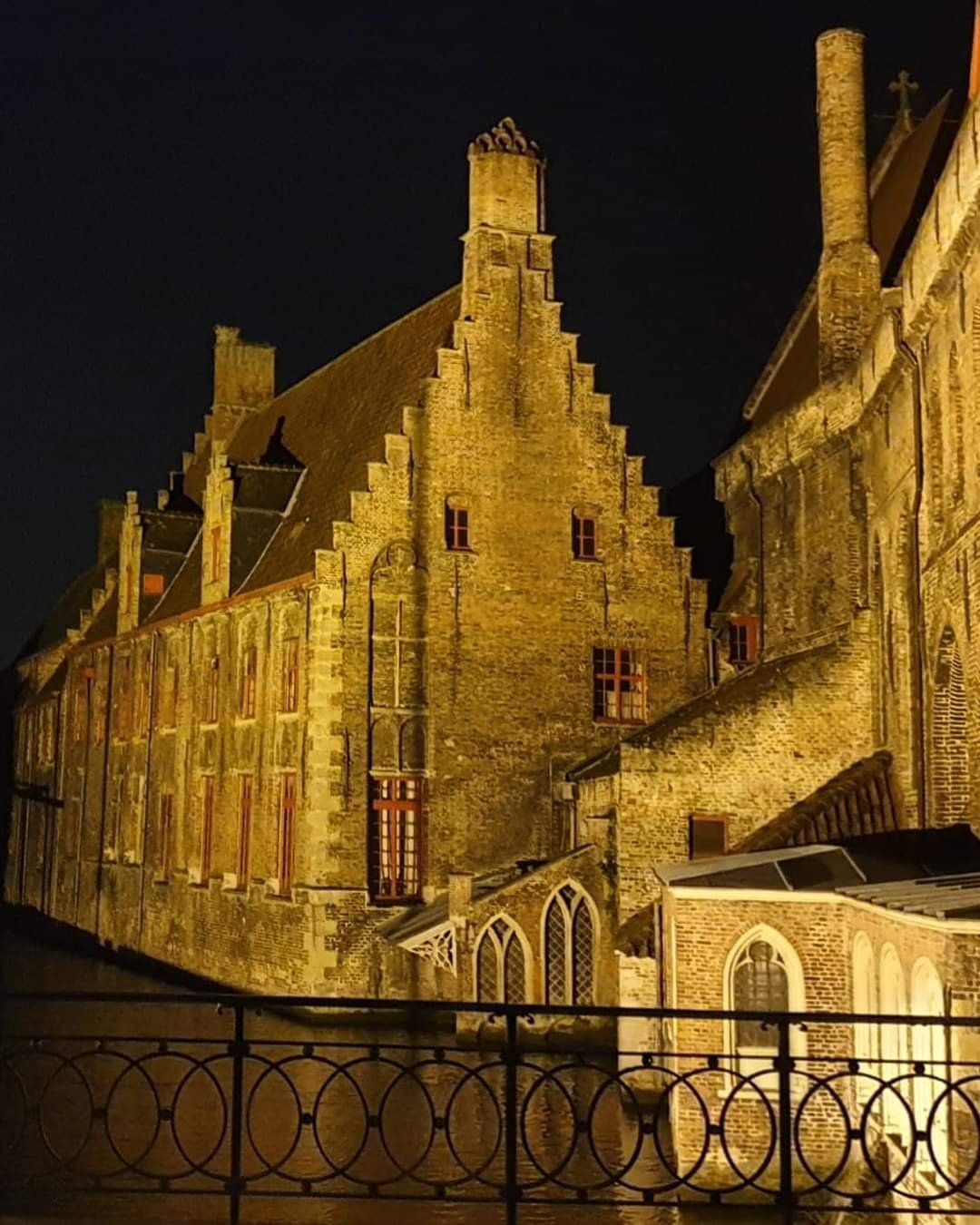 Since checkout of the ibis Brugge Centrum wasn’t until noon the following day, we had plenty of time to wander around on Sunday morning before hitting the road to come back to Kaiserslautern. After eating a large hotel breakfast, we walked to a quaint restaurant Chips & Ice for waffles and coffee. 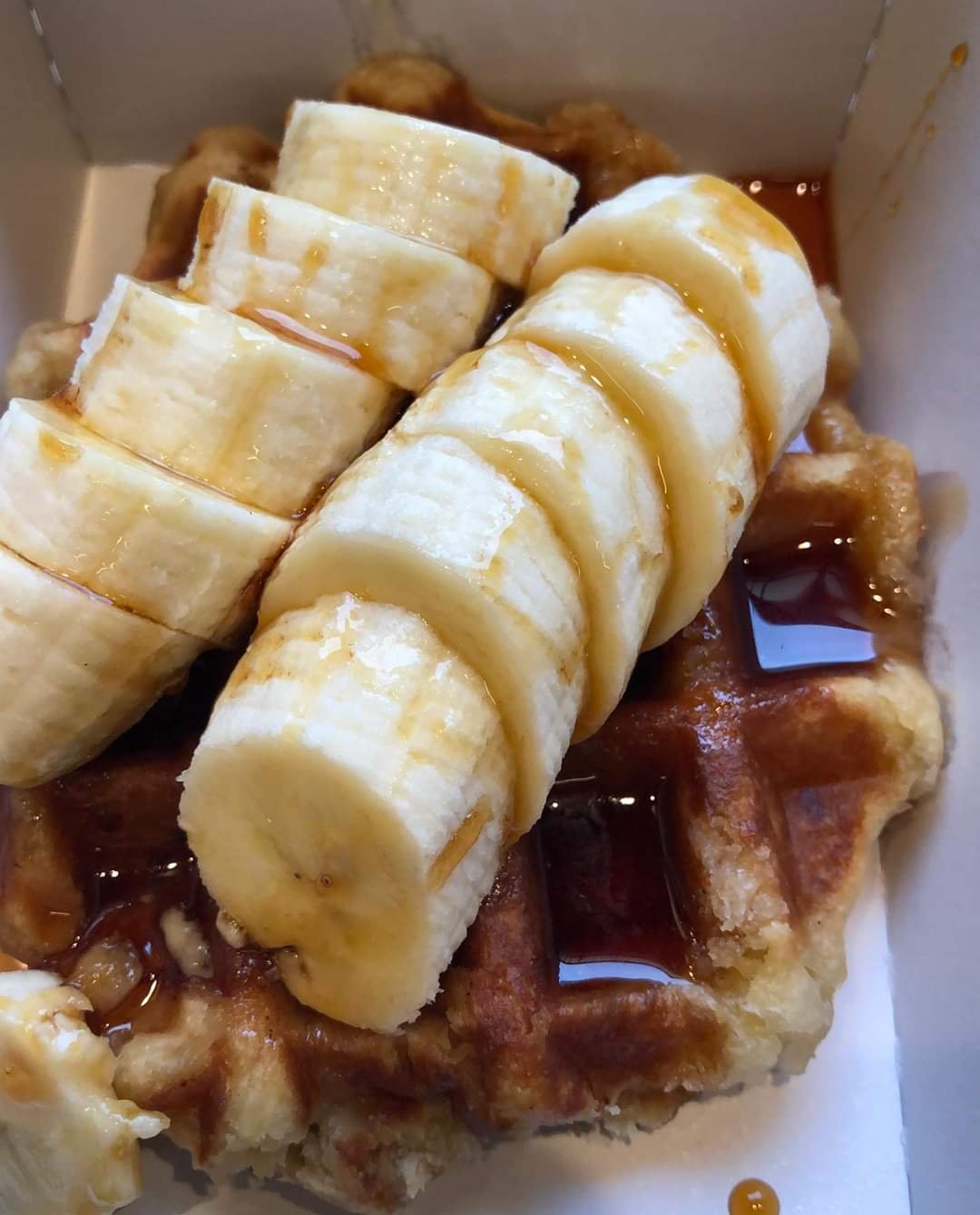 It was a drizzly morning but we strolled along the city’s canals, making a few stops for pictures and wandering into stores. We ended up at the Brugge Markt, a prominent plaza in the city center that’s bustling with restaurants and adorable buildings. The Belfort Brugge, a medieval bell tower that you can’t miss, stands right next to the Markt. We didn’t go up it this trip, but if you have time, it’s only €12 to take the stairs to the top and worth the visit. 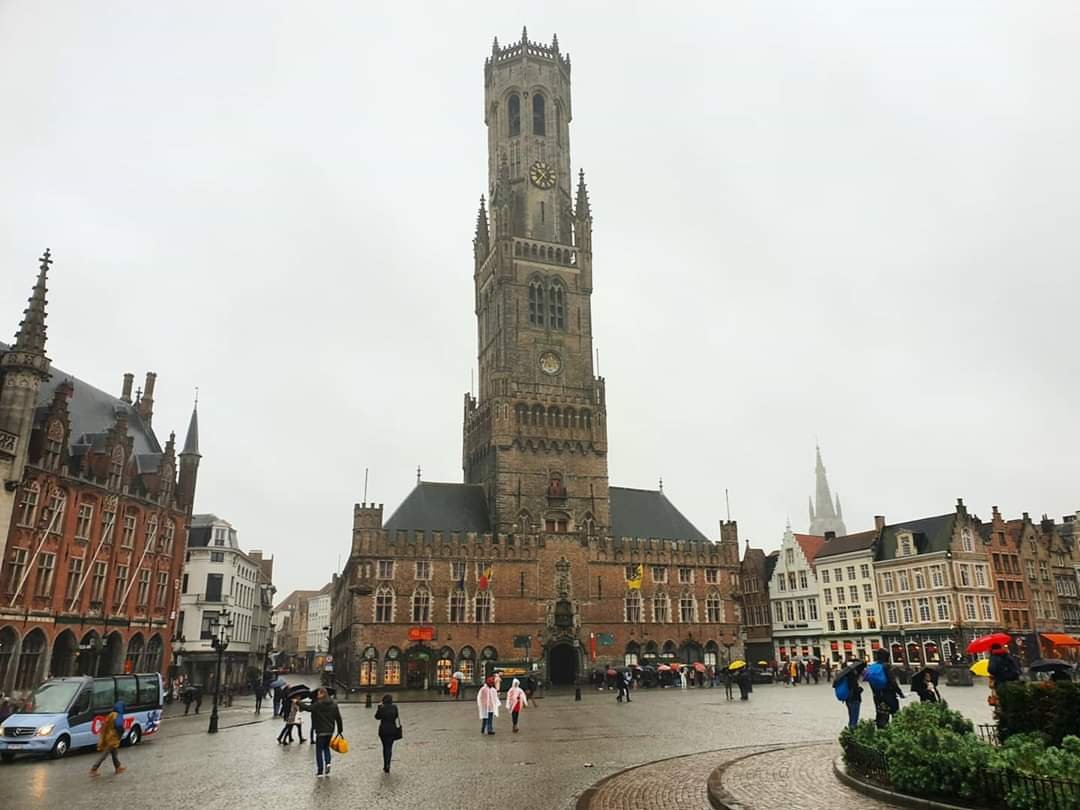 So that’s what we did for the 20-something hours we spent in Brugge. The beer festival prompted the visit, but we also took the opportunity to see enjoy some of what the city has to offer. I love beer festivals in Germany, but sometimes the dancing and chanting can get overwhelming. If you’re looking for an opportunity to sip on Belgian beer, make sure you check out this website. You may want to consider checking out the Zythos Beer Festival in Leuven coming up in April. Cheers! 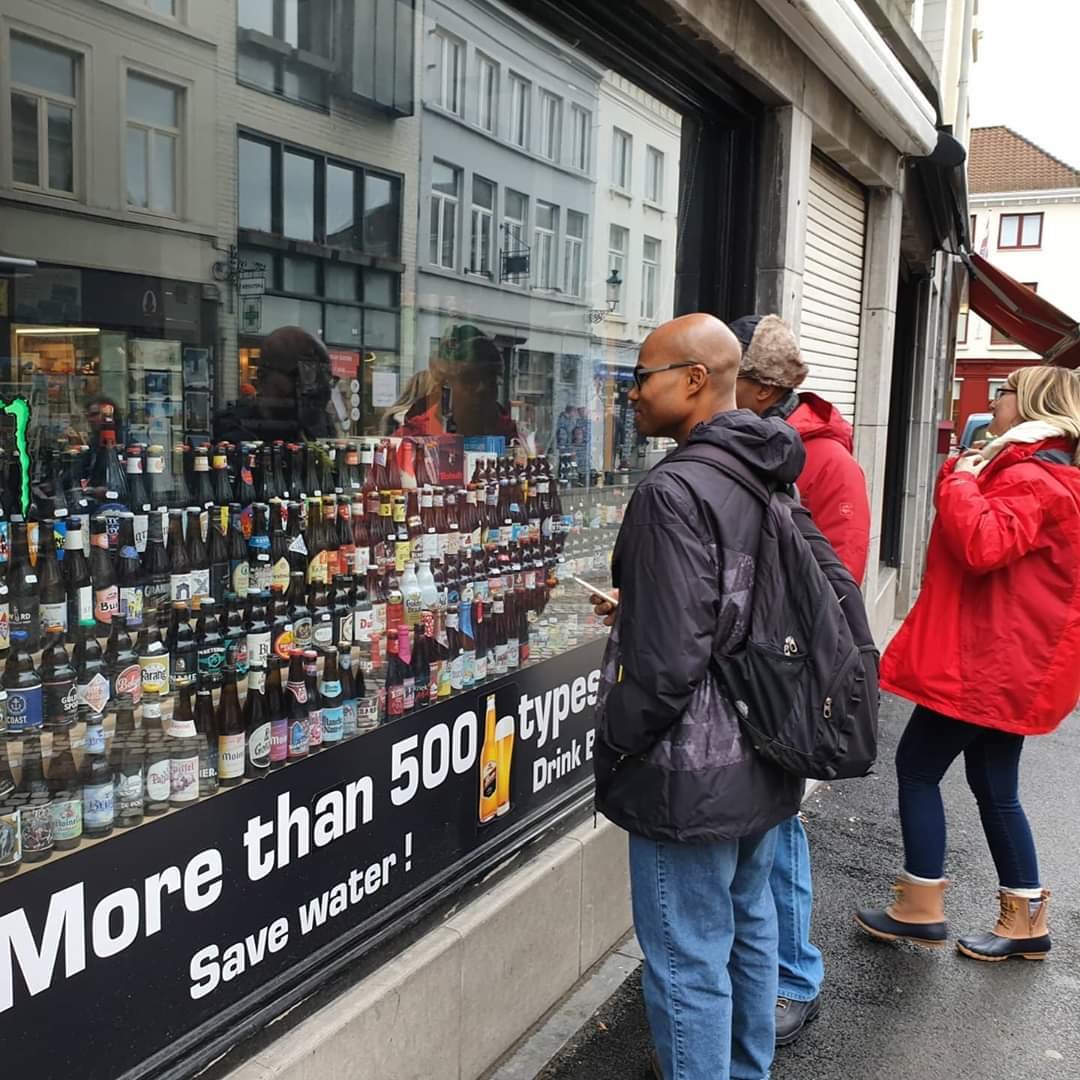