If you’re reading this during the winter, you’re probably like us and planning your next sunny destination. Whether you are looking for a short flight or a manageable drive, there are plenty of places in Italy perfect for your next sunny getaway. 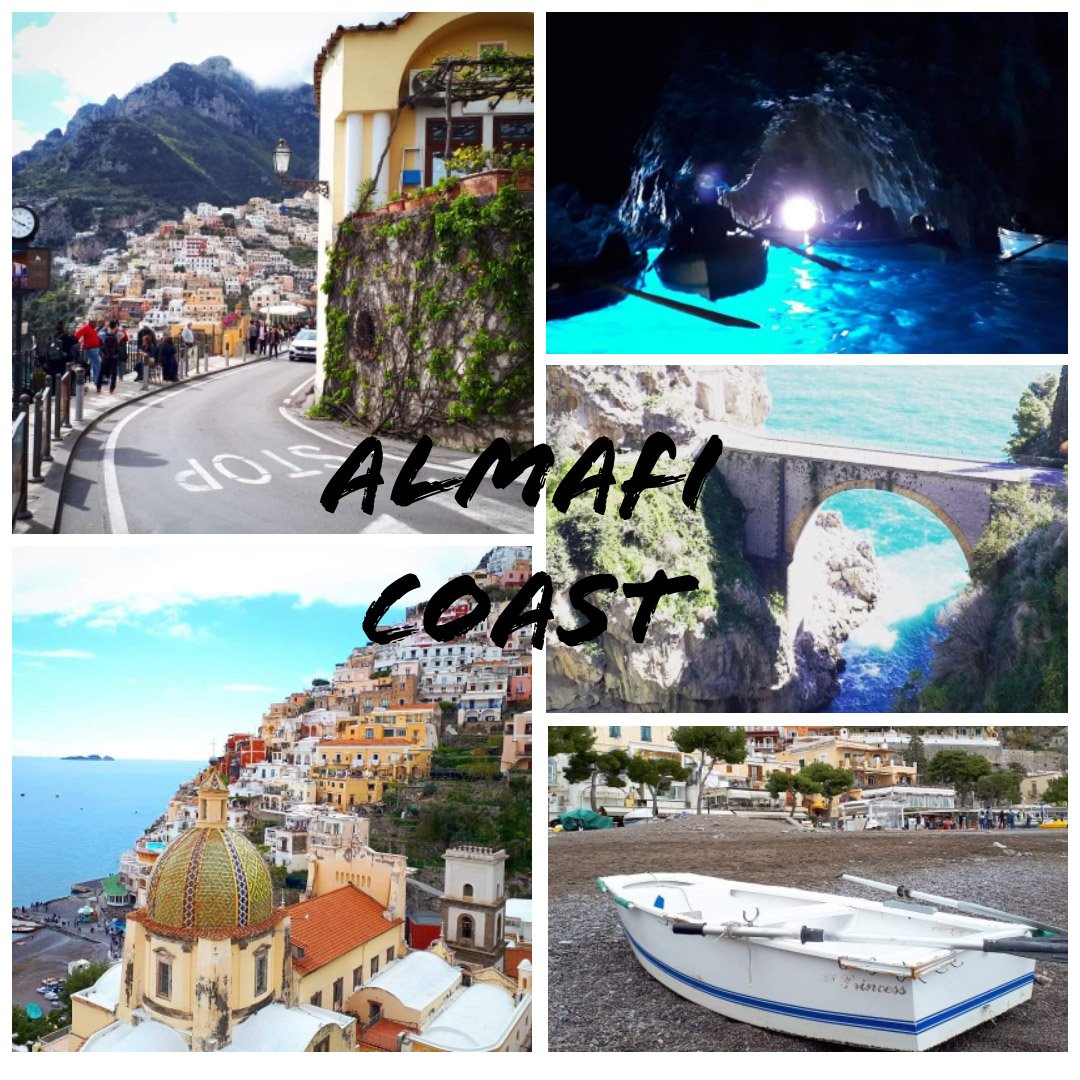 During DODEA Spring Break 2019, our family drove for an ultimate Italian vacation. This post is #1 of 2 that will let you in to one of our favorite trips we’ve taken since living in Europe. During this trip, we spent four nights in Sorrento and three nights in Cinque Terre. For post #1, we will give you insight into our voyage to Sorrento and what we did once we got there. 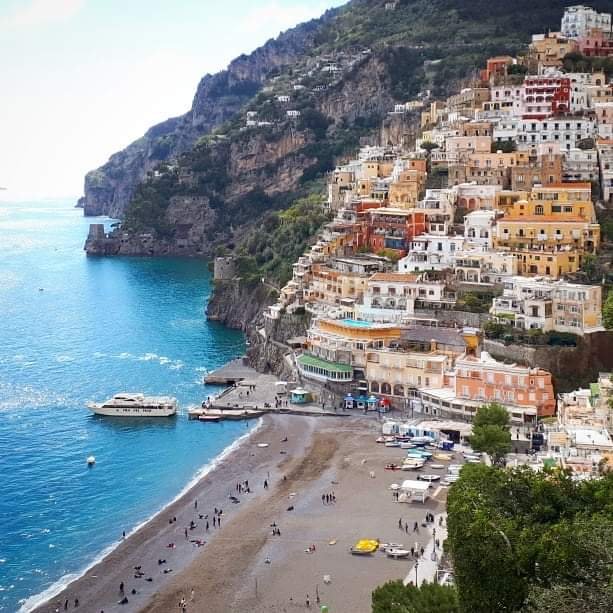 So you’re probably wondering, “Why did you drive?” I’ll try to make a long story short. It all started when we saw a great deal on RyanAir’s website for flights from Stuttgart to Naples, which I purchased for about €200 for a family of five. However, weeks after the ticket purchase, we decided to bundle the trip with a visit up the coast to Cinque Terre. We decided to “eat” the €200 purchase, and rented a small SUV from Kaiserslautern Avis.

We went to sleep very early the day before we left, and pulled out of Kaiserslautern at 1am on our first day. With 900 miles between Kaiserslautern and Sorrento, we planned to spend 15 hours driving, still leaving wiggle room to arrive Sorrento in time for our 8pm check-in. 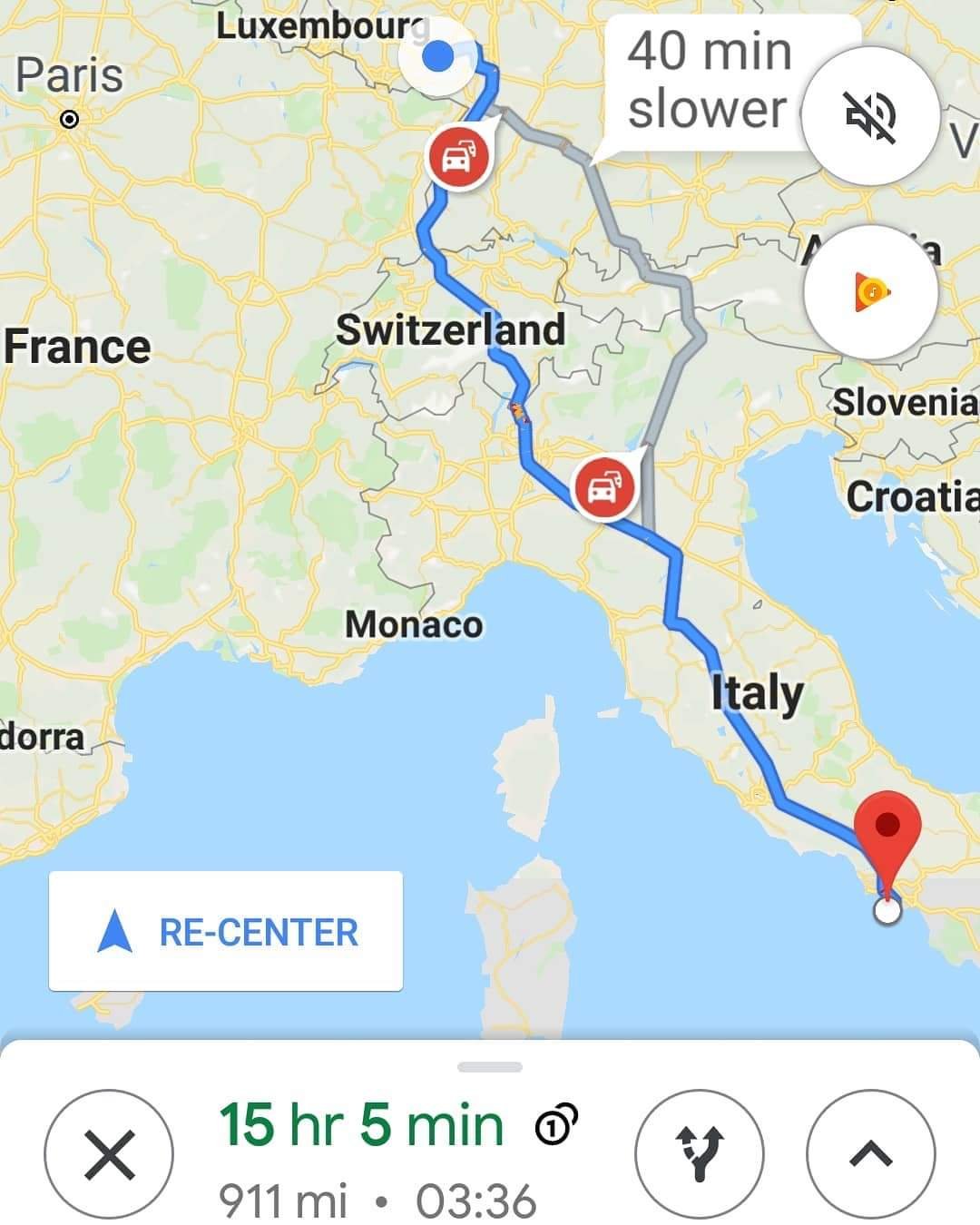 Here is where you get lesson learned #1 from our trip. Driving to Italy, at least the most direct route requires a trip through the Alps. Guess what happens in the Alps in April? You guessed it! With our misfortune, we got stuck in a snow storm during the entire Switzerland leg of our journey. 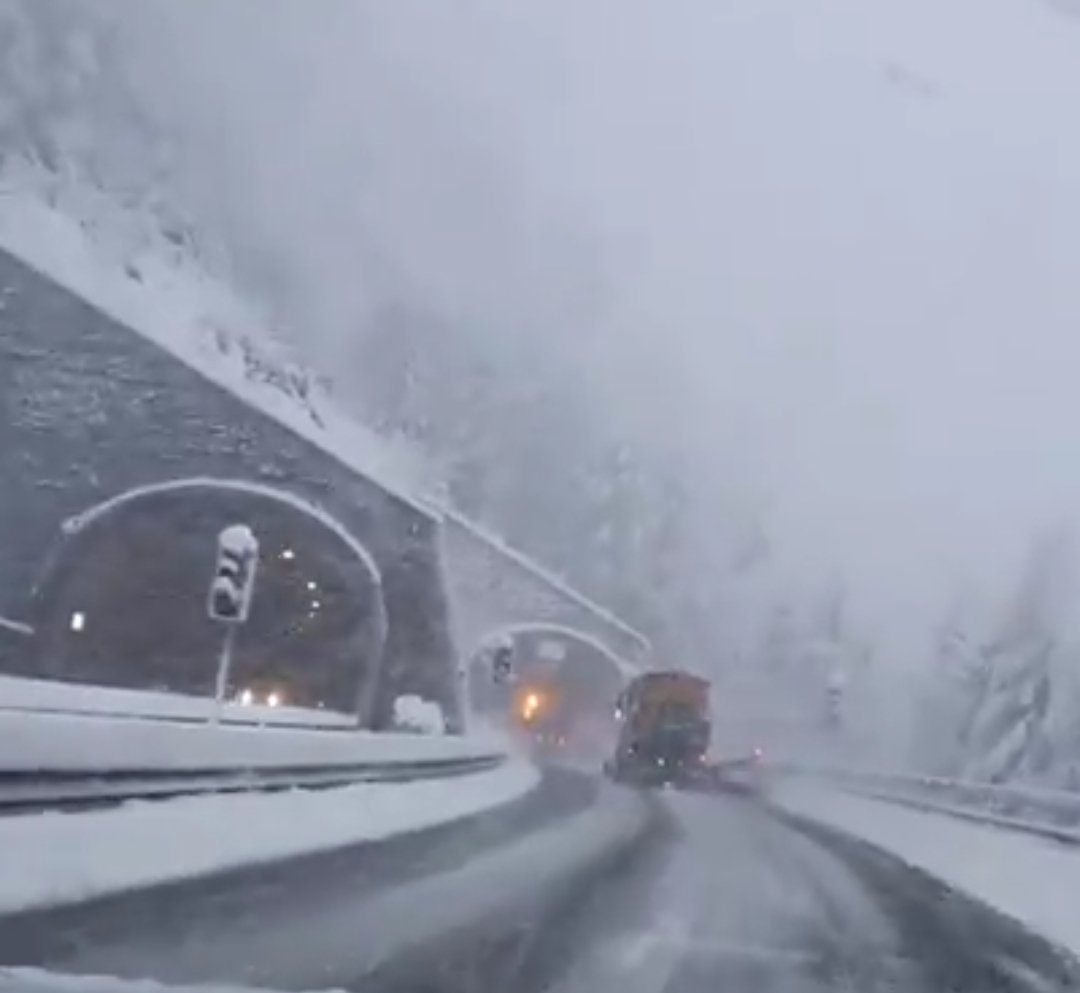 At some point, we got off the Autobahn and took side roads because the snow was so thick. Of course the side roads didn’t provide relief, as there were vehicles everywhere in snow banks. 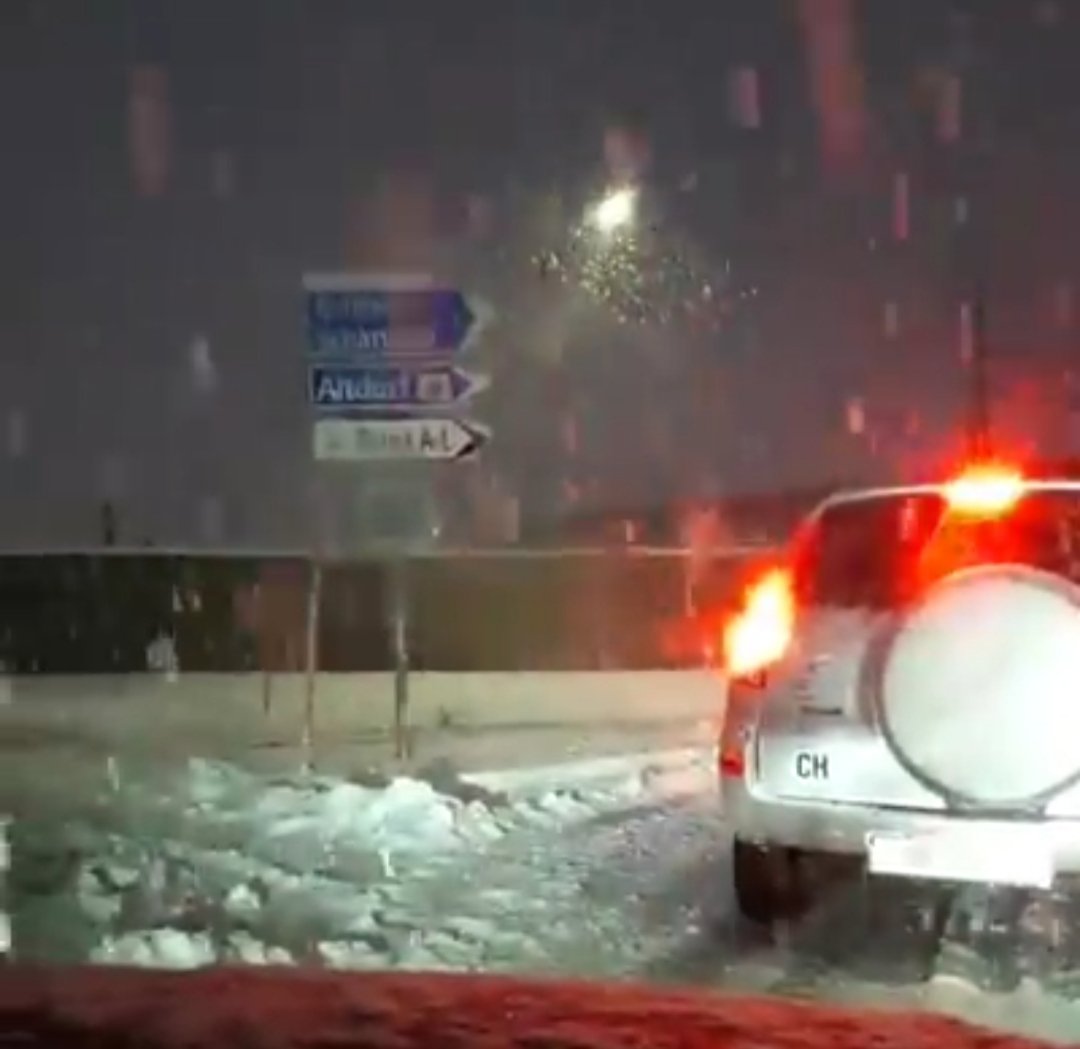 Eventually the snow stopped falling so hard, and we managed to get back on the Autobahn behind a snow plow. Although we drove frustratingly slow, we were at least making progress towards Sorrento. The snow storm pushed us back a few hours, but we eventually made it out of the Alps for the remainder of the drive being smooth sailing to Sorrento.

Fortunately, we arrived at our hotel, B&B Sorrento Central, right the reception desk was closing. The hotel workers kept in touch with us during our road trip through WhatsApp, and if we arrived late, they were ready to offer self check-in. B&B Sorrento Central wasn’t extravagant, but it was clean and had plenty of space to lodge five people. We paid $572 on Expedia for four nights and included a cute breakfast spread of bread, meats, cheese, and other breakfast items. 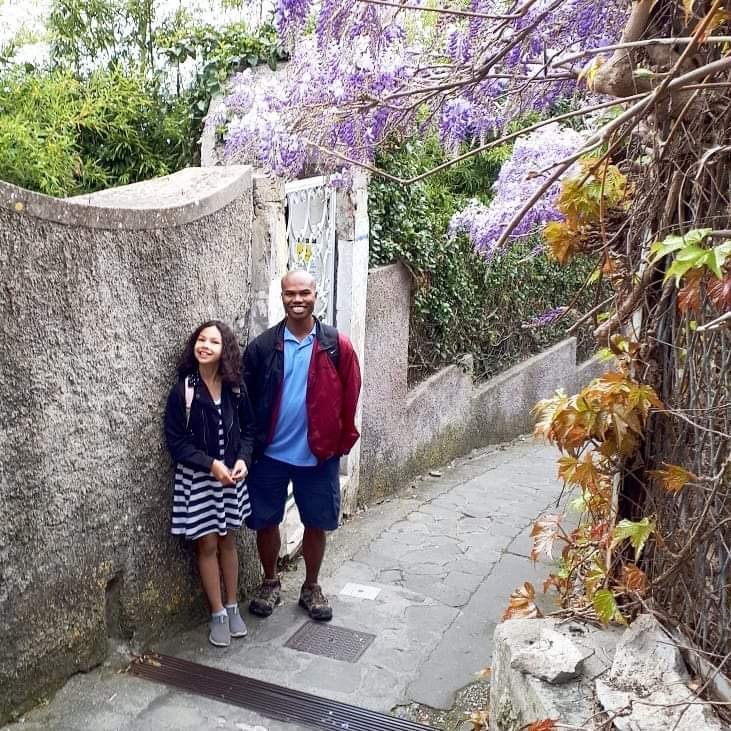 We quickly learned that our hotel is named B&B Sorrento Central because it was central to everything! The only downside is that parking was not on-site, but I was able to find parking down the road for €20 per day. The hotel is a five minute walk to “touristy Sorrento” and a ten minute walk to ferries, busses, and other transportation options. Once you park, you won’t need to move your car again for the remainder of your trip. 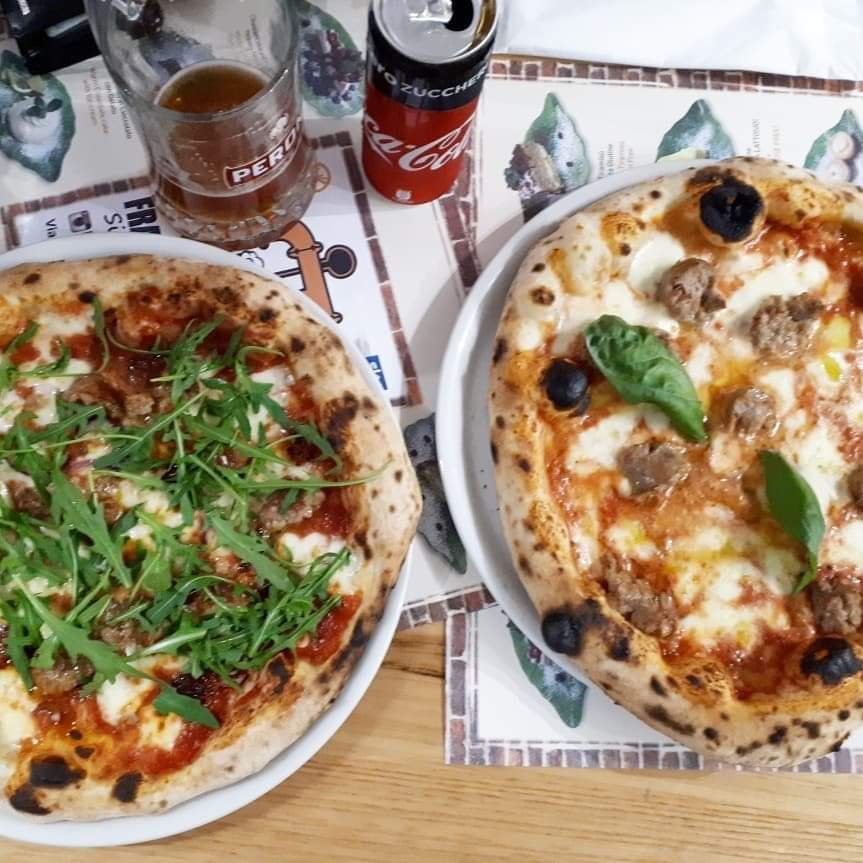 So, back to our first night. It was 9pm by the time we got settled in and started hunting for food. Most places were finished serving dinner but fortunately we stumbled upon Frankie’s Bar Pizzeria. The food was good for the whole family, and we only spent €70 for all five of us.

After an excellent night’s sleep followed by a great Italian breakfast, we made our way to the port to figure out how to sail towards the Isle of Capri. While ferry tickets to Capri were on sale, we found out that the Blue Grotto was closed due to high water levels. Lesson #2 is to check online to see if the Blue Grotto is open prior to getting on a boat to Capri, as it can a save you much time and frustration. 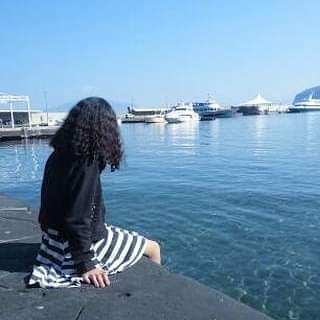 Since we didn’t see a reason to head over to Capri, we took a short walk to the train station so we could figure out how to see the Almafi Coast. Once there, figuring out tours to all the local sights was pretty self explanatory. A €10 ticket got us a day ticket that departed Sorrento and ended at the town of Almafi. If you want to, you could stop off at any town in between Sorrento and Almafi, to include Positano, but I wouldn’t recommend it. I’ll let you know later. 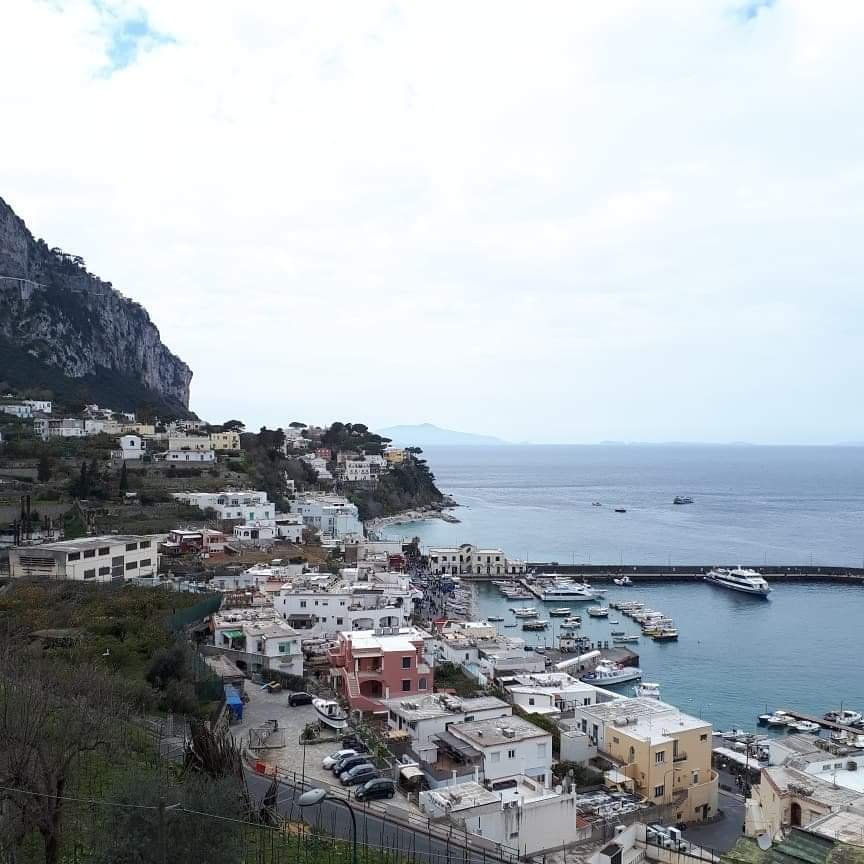 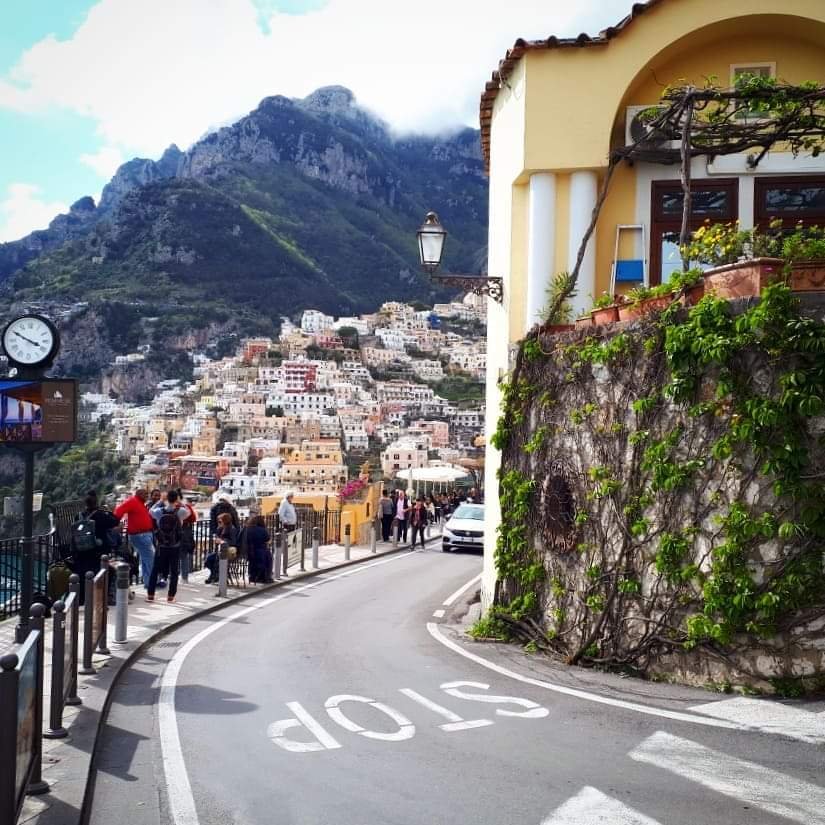 The bus ride was about 90 minutes to Almafi and isn’t for the faint hearted. I would never dare navigate the turns in a Smart Car, the way that these bus drivers navigate the cliffs of the Almafi Coast. In addition to sweaty palms from nervousness, the twists and turns combined with a hot bus at max capacity made for a nauseous bus ride. With that said, if you ever have the opportunity, you have to do it! We got the most stunning views of the Almafi Coast while crammed into that hot bus! 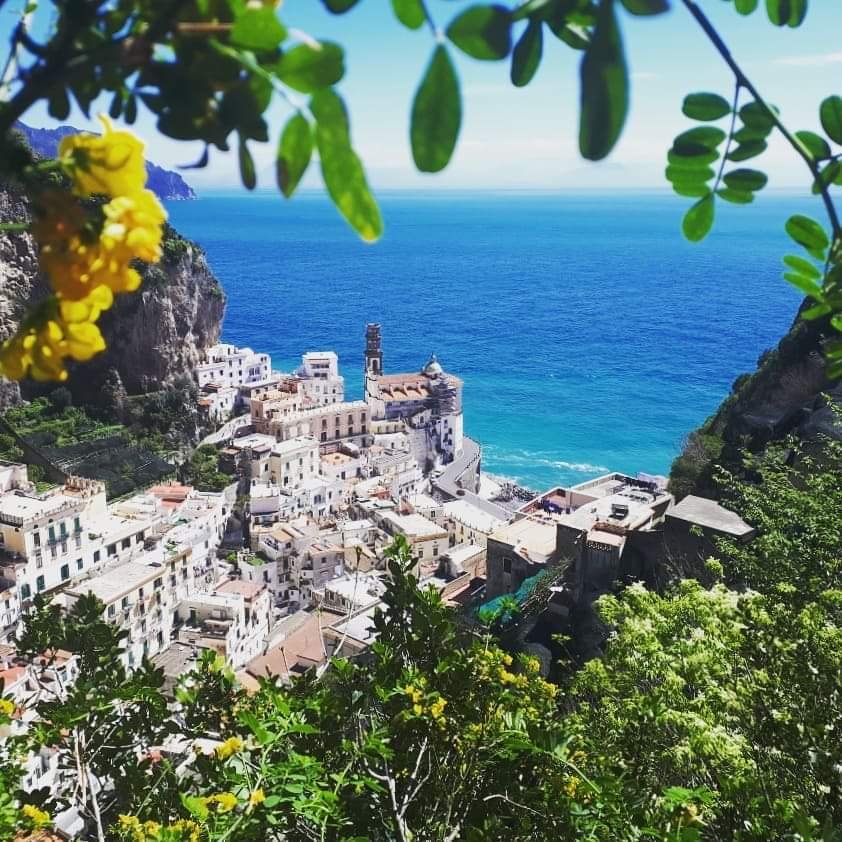 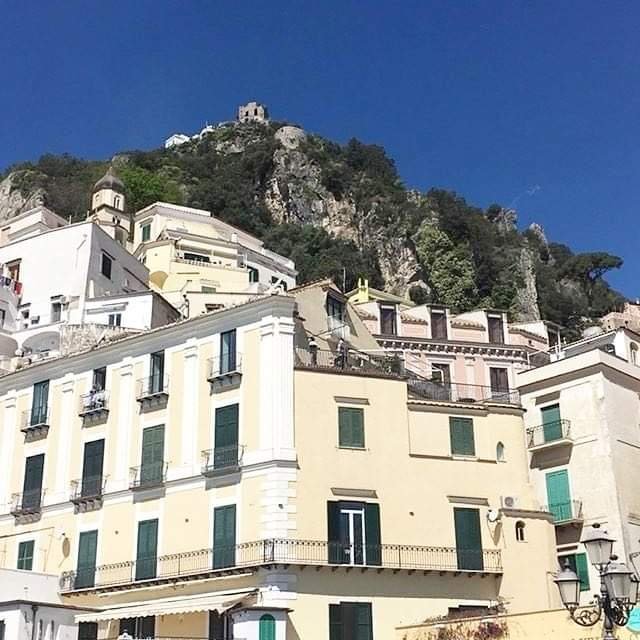 We spent a few hours at Almafi, just walking around and admiring the village. We followed the pathway up to the Torre dello Ziro, which is a watch tower overlooking the village. We walked about 30 seconds from the “touristy” area and ate at La Dolce Vita, which was a pleasant surprise and significantly cheaper than restaurants right on the shore. 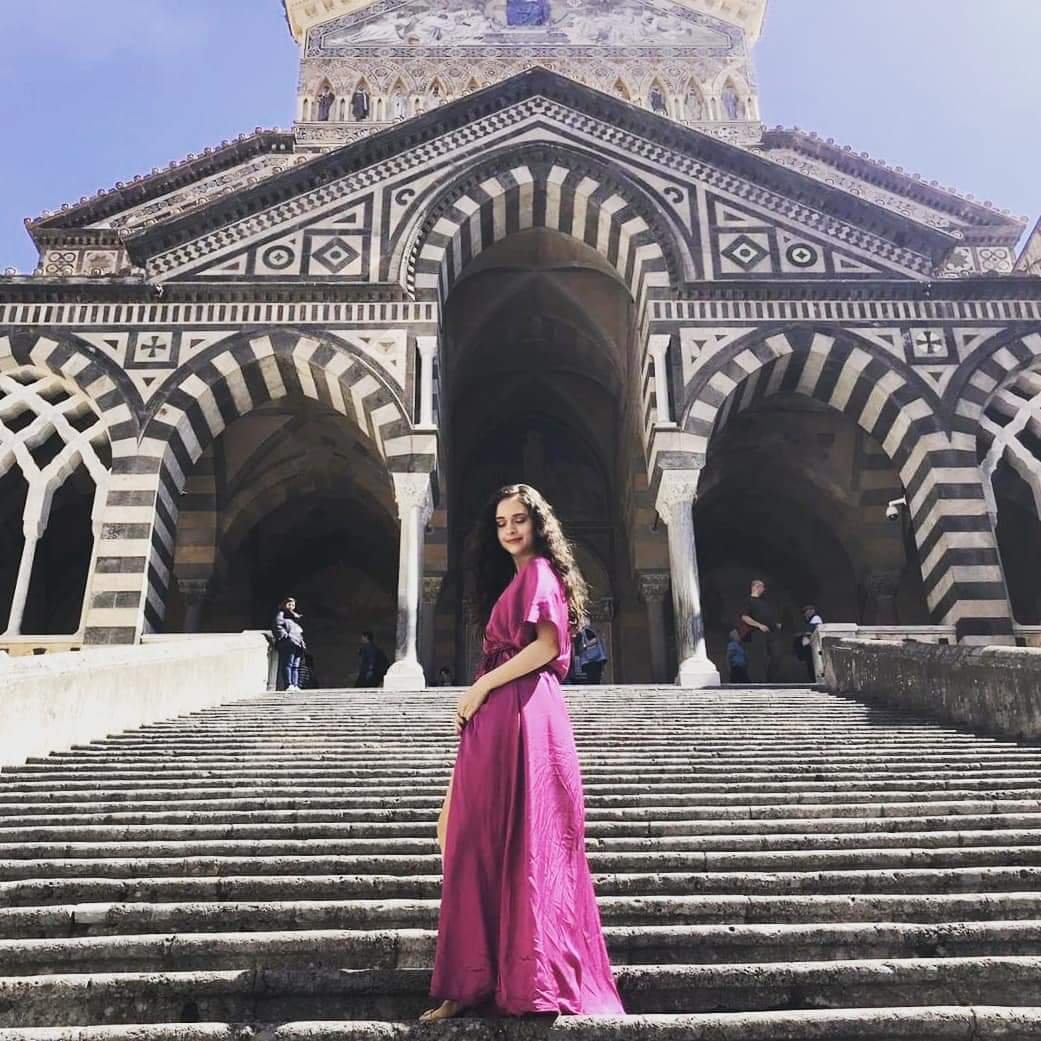 After Almafi, we decided to make our way back to Sorrento. Remember what I said about getting off the bus? Well, there’s a really neat hidden beach, Furore Fjord, which we really wanted to see from Pinterest. We got off at the stop, and unfortunately found out that the pathway to the beach was blocked off. We figured that we could just hop on the next bus on its way to Sorrento. Well, the next bus came, and it was filled to max capacity, then the next, then the next. We finally decided to take a bus back to Almafi, and from there catch a bus to Sorrento (Almafi and Sorrento are the ends of the bus line, so it’s much easier to get on a bus from there). It was lots of time wasted to not be able to visit the beach. 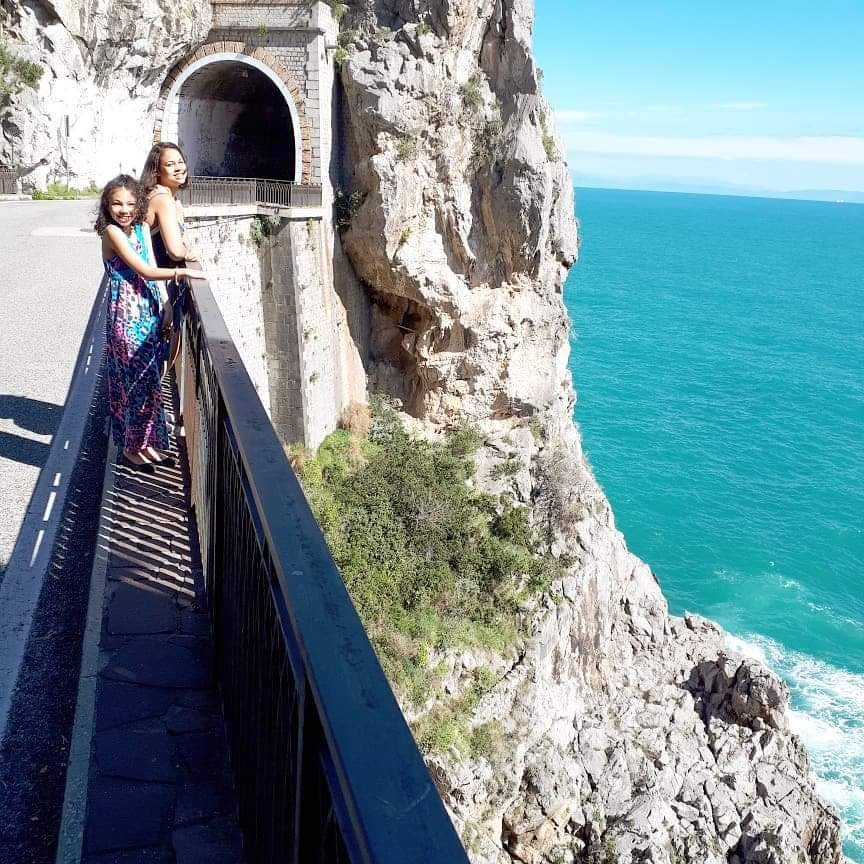 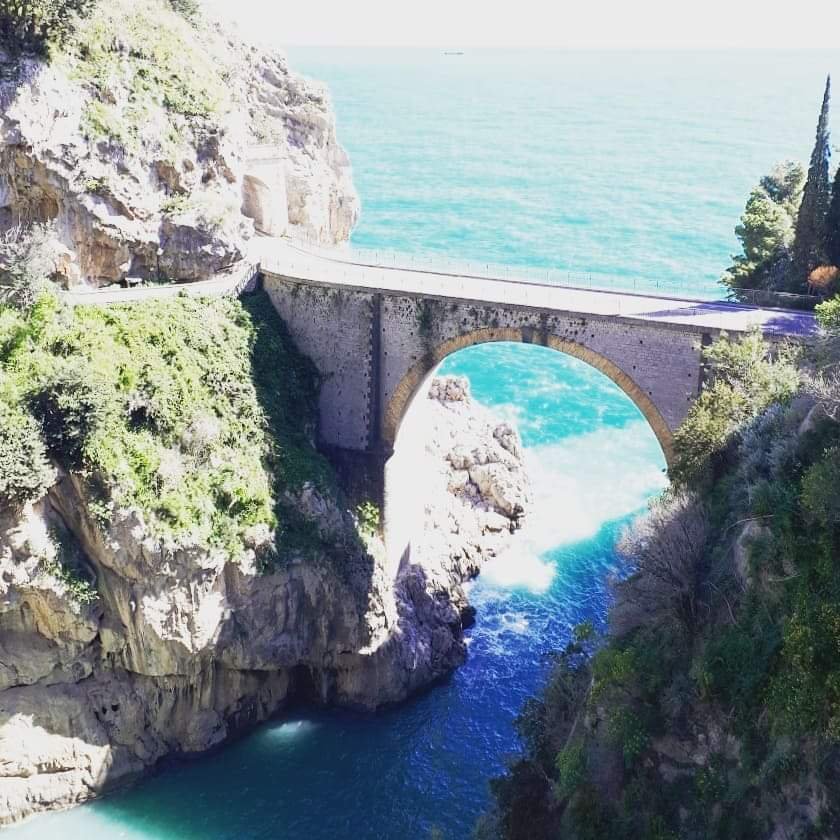 On Day 3, we decided to take another go at taking a ferry over to Capri. Traveling to Capri is something we’ve wanted to do since reading Ann Weil’s novel “Red Sails to Capri.” This time, the Blue Grotto was open so we paid €30 for roundtrip tickets, per person. 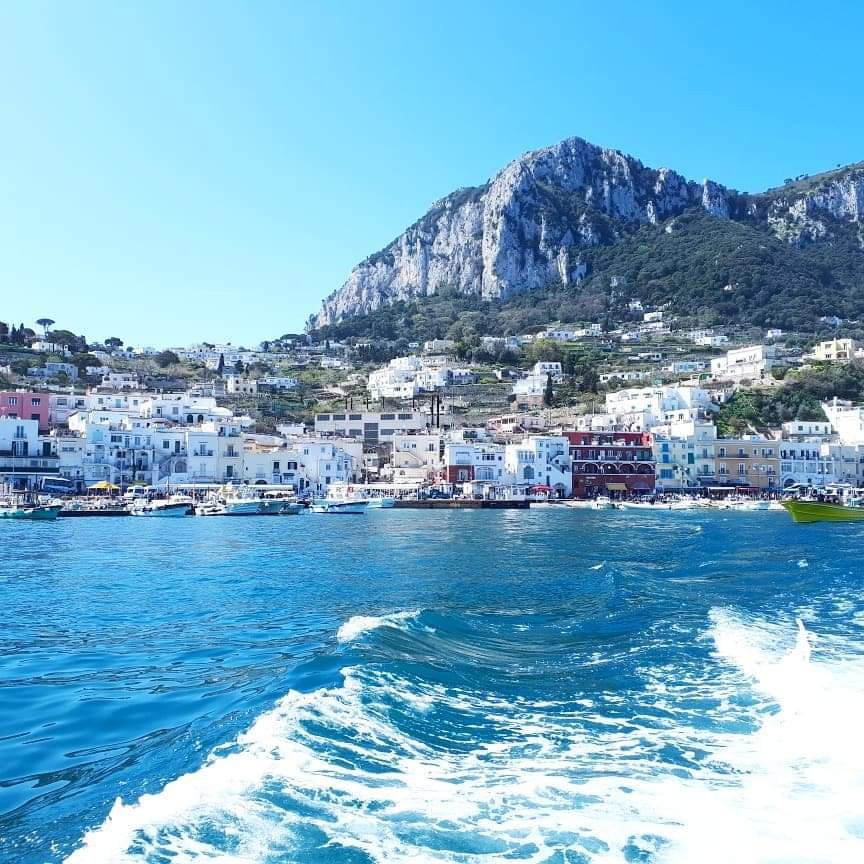 While Capri is an adorable Italian island town, there really isn’t much to see beyond the piazza and the Blue Grotto. Of course we had to do both. We learned real quick that the cost for a trip to the Blue Grotto could quickly add up. Once on the island, you have to pay another €20 for a Capri tour, where they take you on a boat tour around Capri and Anacapri. You also get to see astonishing rock formations I Faraglioni that jut from the sea. 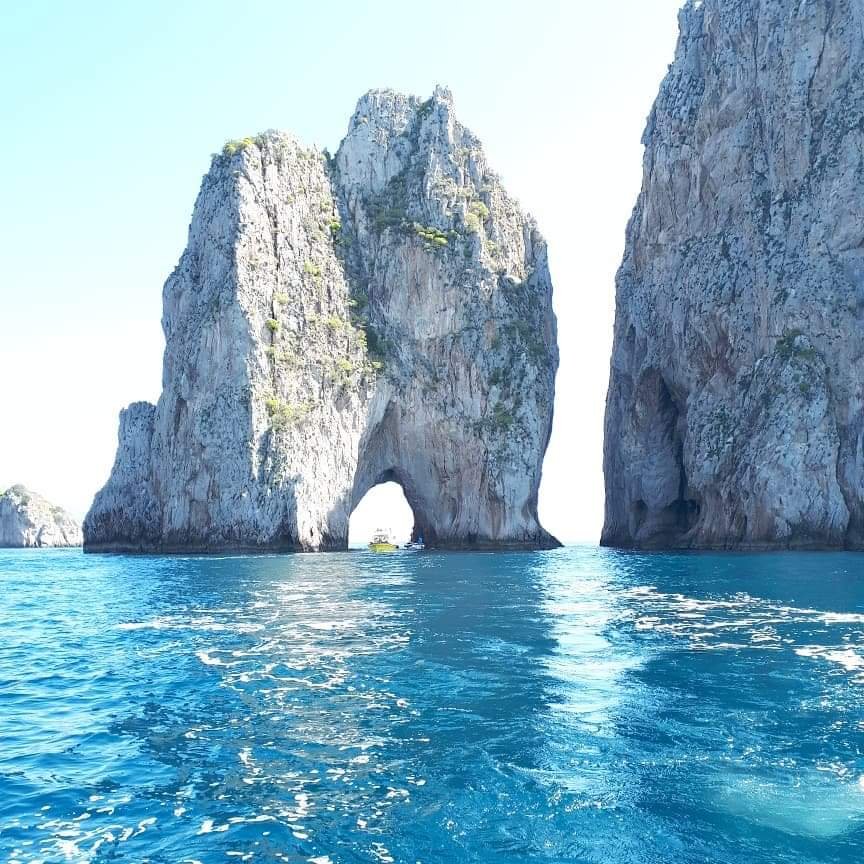 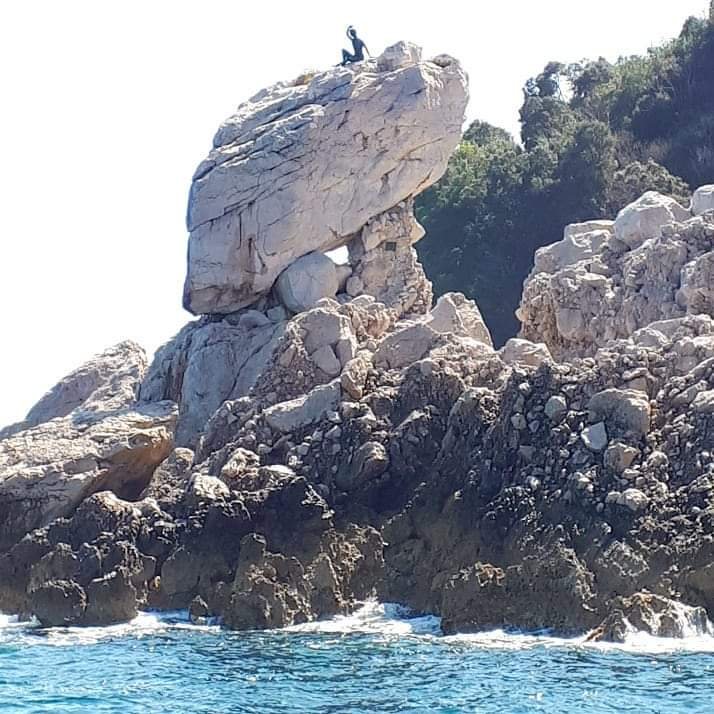 Towards the end of the tour, once everyone is weary and seasick, they take a vote on how many people want to go in the Blue Grotto via a small row boat. Since there is a long line to get into the Blue Grotto, and of course the tour guides are trying to hurry to cash in another tour, the guides highly discourage anyone wanting to go into the Blue Grotto. 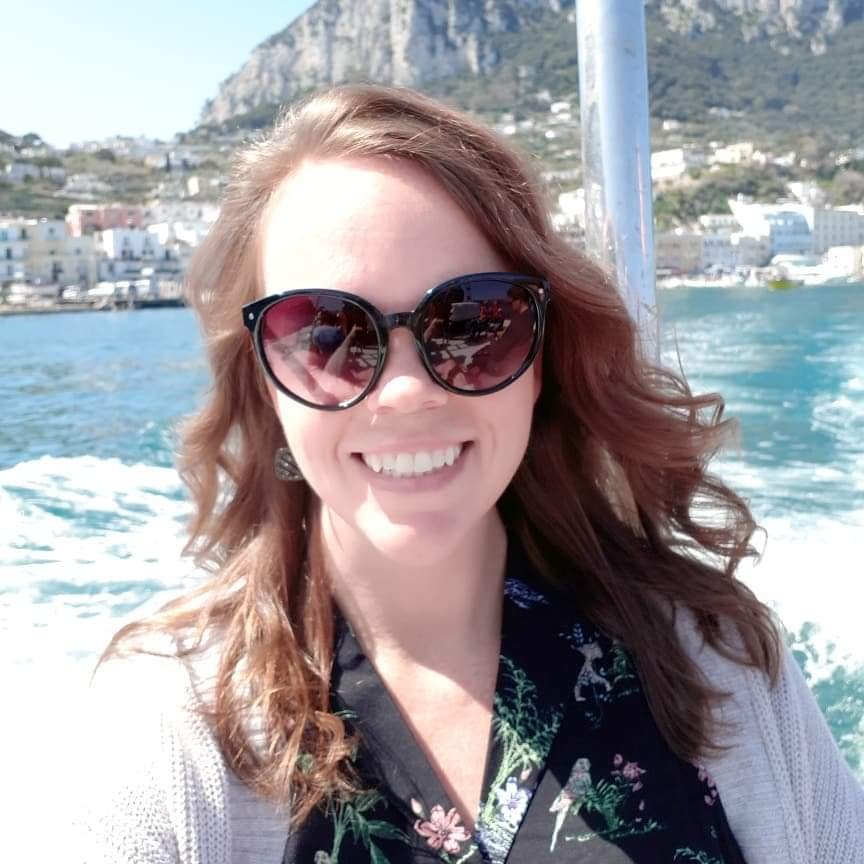 Most people on our tour gave in, and chose to not go into the Blue Grotto. Of course we were determined, so the tour guide transferred us to another tour group waiting to go in. After about a 30 minute wait, it was finally our turn! But of course, the row boat guide charged another €15 to enter the Blue Grotto. After €65 total per person, we were actually going to see this thing! Once inside, we understood all the hype. The former personal swimming pool to the Roman Emperor Tiberius, the perfect blue water was absolutely dazzling. 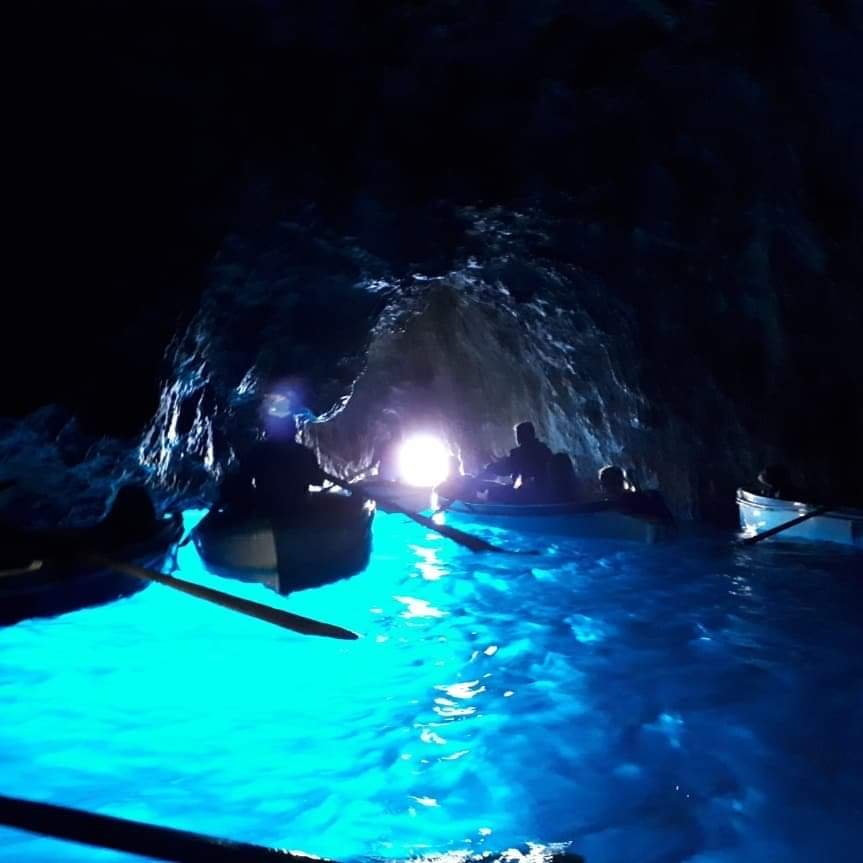 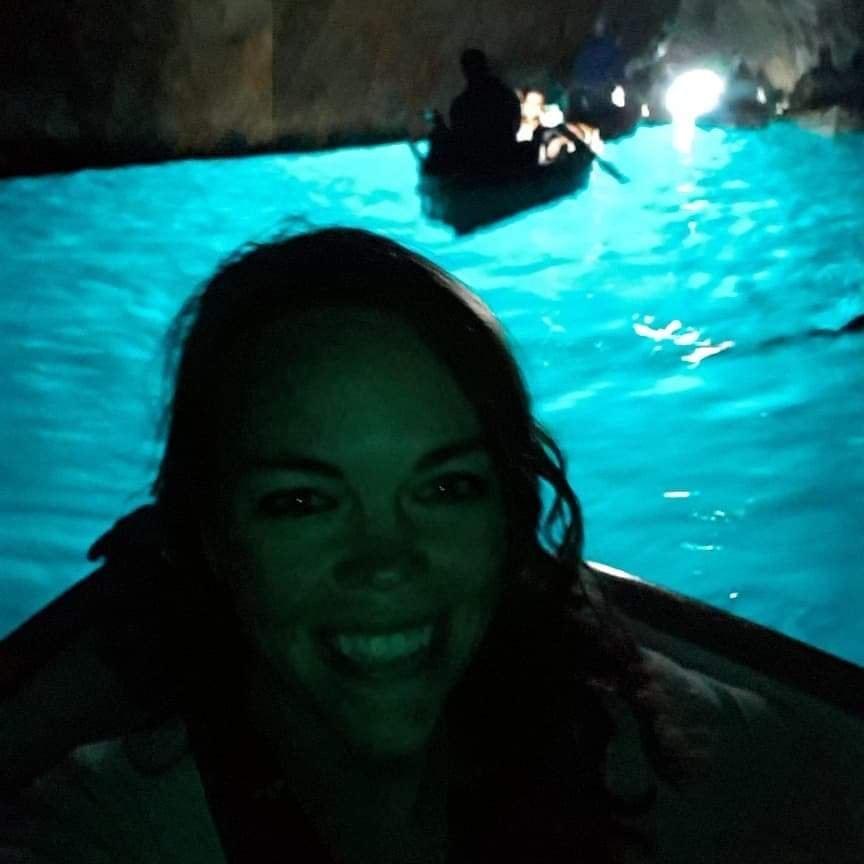 When we made it back to solid ground, we decided to explore Capri for a few hours until the last ferry back to Sorrento. After lunch we decided to hike the stairs to the Capri Piazza, opting for the exercise instead of the cable car. The piazza had a lively feel as it was bustling with tourists. We made a stop at the footwear store Capri Pride, and watch them make us a custom pair of sandals! After browsing the shops and grabbing gelato, we made it back to the ferry in time to head back to Sorrento. 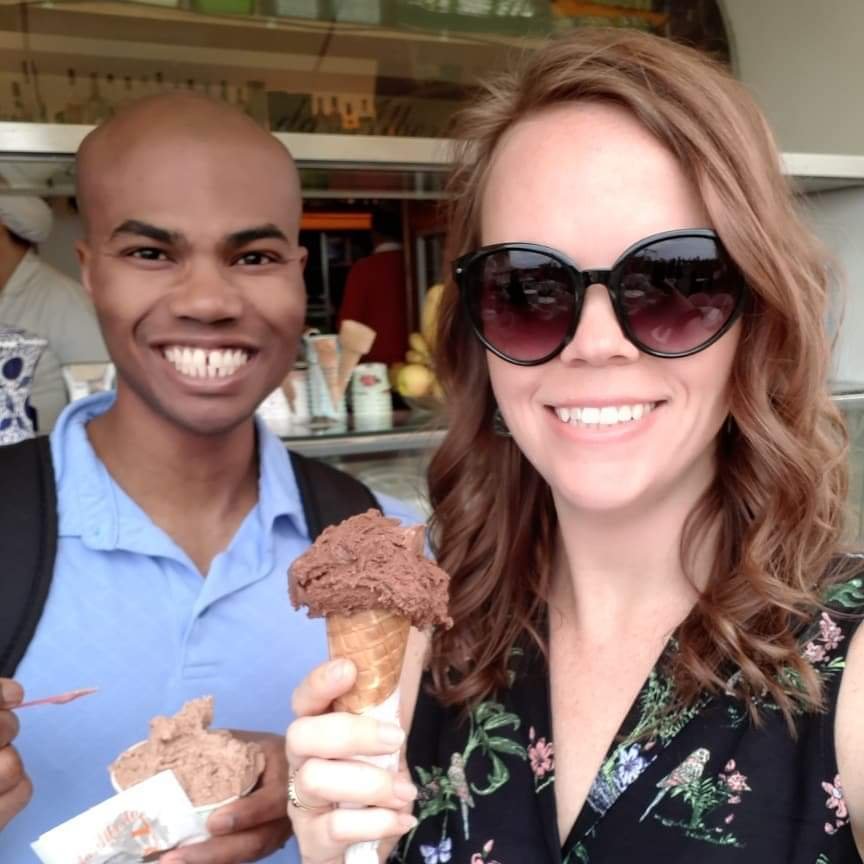 We’ve wanted to see Positano ever since watching “Under the Tuscan Sun.” On our last full day, rather than taking a crowded bus to Positano, we took a ferry from Sorrento which only took about an hour. While rocking jeans and lugging around a backpack, we quickly learned how under dressed we were in this village. Positano is truly a place to see and be seen. 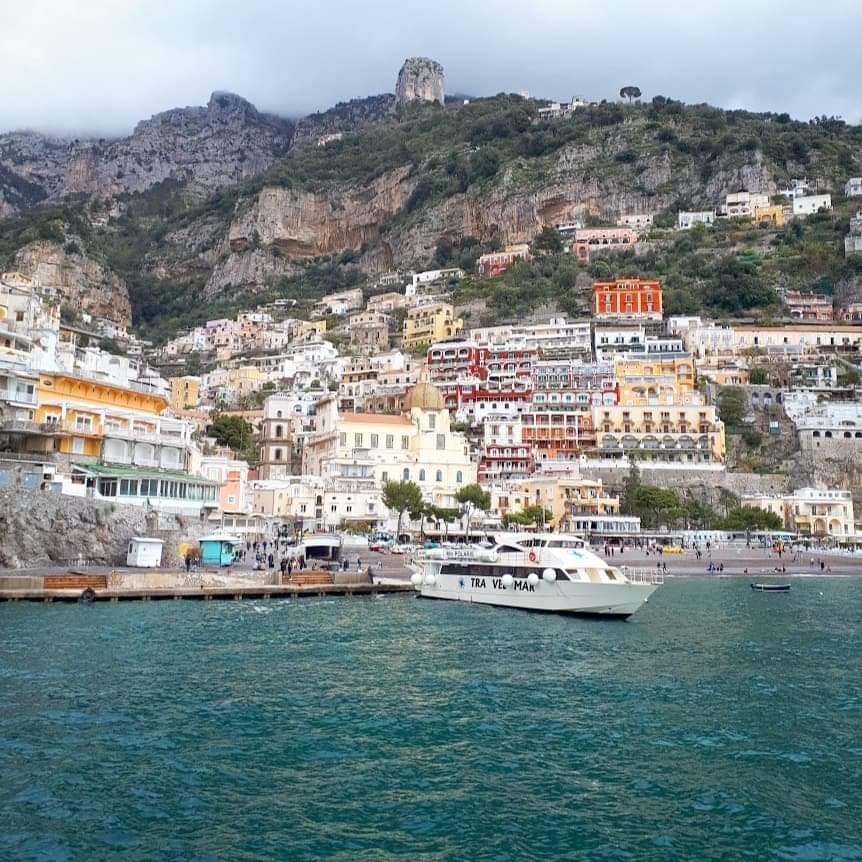 In Positano, we walked uphill to the hotel Le Sirenuse, and saw the most amazing views of the village. We needed to sit at a table in the hotel restaurant to get the best views, and we paid for it too, paying over €50 for three drinks! Right outside Le Sirenuse is Hotel California, the site of Marcello’s apartment from “Under the Tuscan Sun.” After re-enacting Frances shouting Marcello in front of the hotel, we made our way back down to the port, and back to Sorrento for our final night. 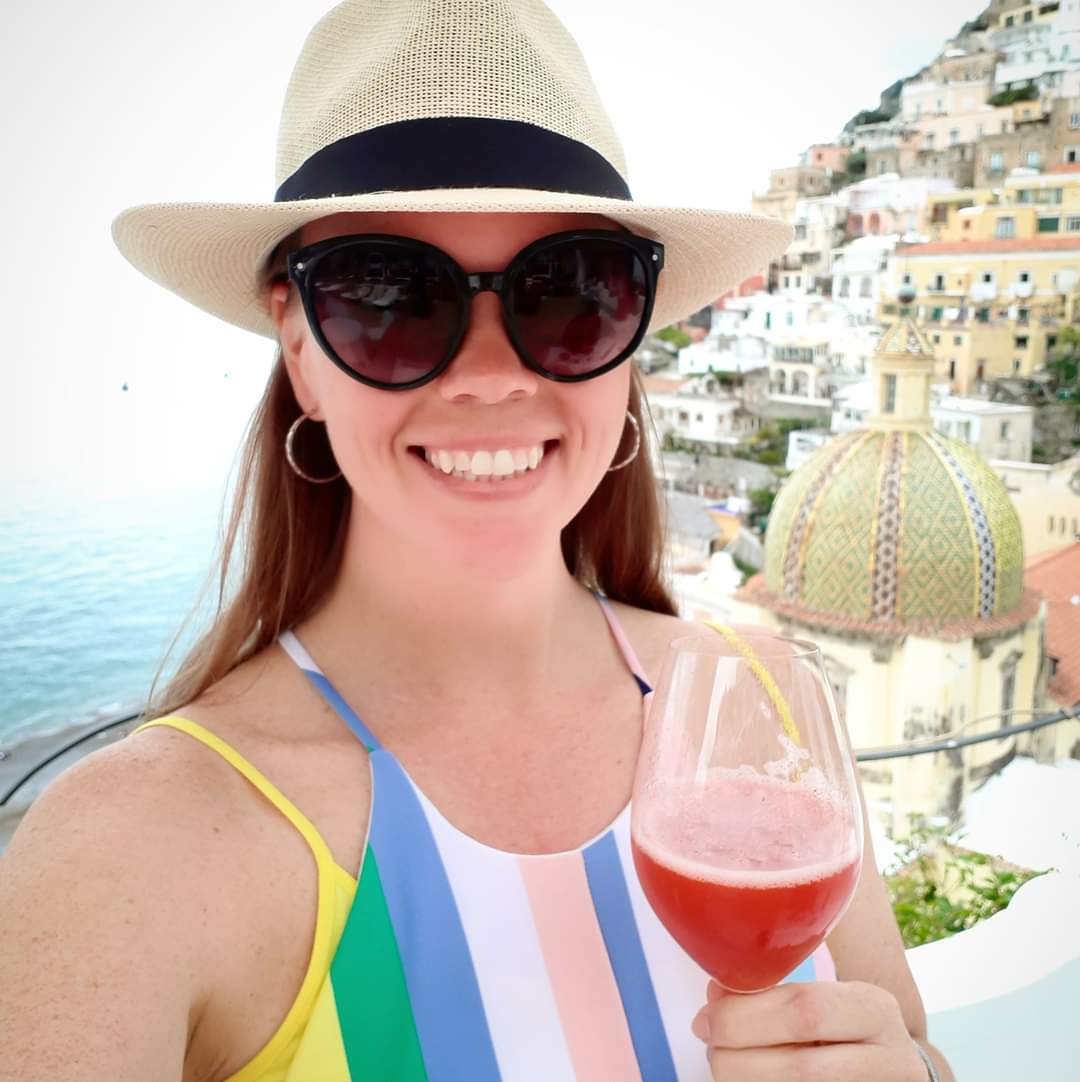 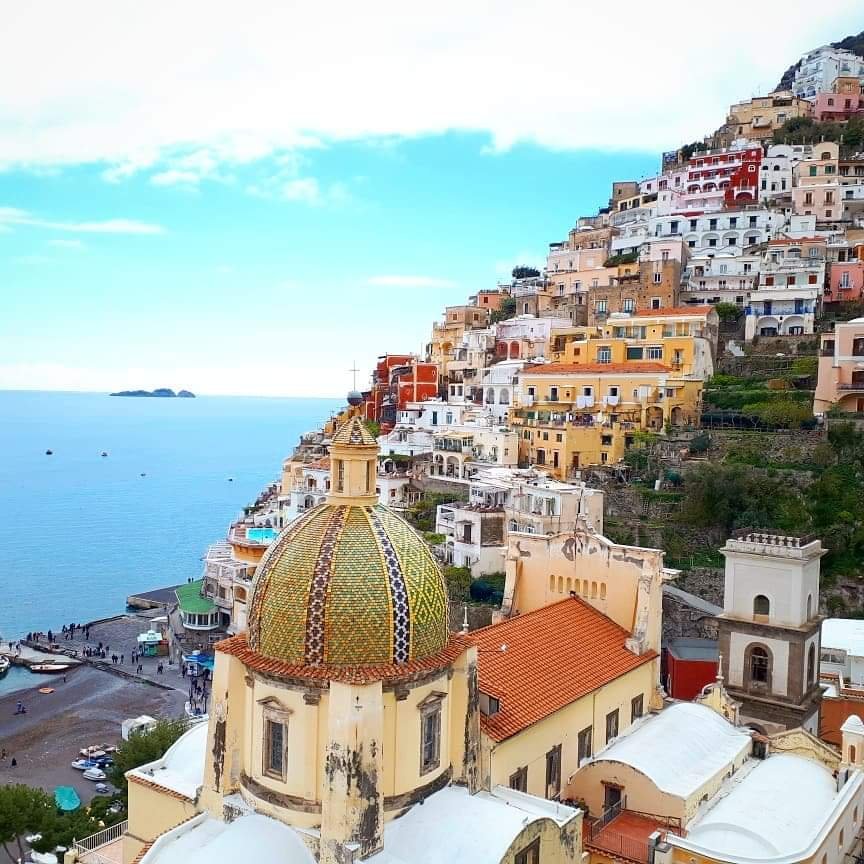 For our last night in Sorrento, we chose something different and ate at an English pub, conveniently called The English Pub. Also a pleasant surprise, we only paid €60 for all of us.

Click here for TripAdvisor link to The English Pub

So there you have it, that’s our itinerary for four days visiting Sorrento and the Almafi Coast. Overall, I’m very satisfied with our trip and wouldn’t change much. If we were to do it again (which we very well may), I would stay in the same hotel, and if the hotel is not available, definitely in Sorrento. Sorrento is a perfect place to base to see so much of the surrounding area, including the Almafi Coast. It’s much cheaper than other nearby towns, but not nearly as busy as Naples. It’s still touristy with plenty to do, and central to everything you would want to see. For those seeking nightlife, we were there on a Saturday night and really enjoyed the vibe. 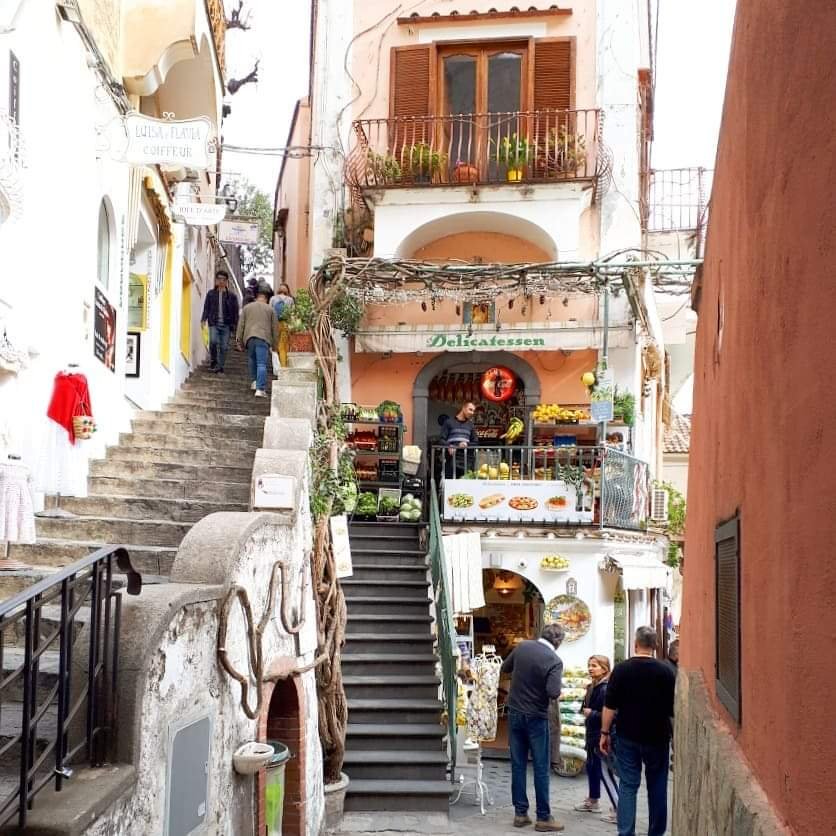 The first thing I would do different is pick up lots of bottles of Limoncello! It’s amazing how cheap the tasty drink is in Sorrento, and there are vendors everywhere to buy it from. You could buy Limoncello for a fraction of the cost you would pay elsewhere in Europe. I also regret not visiting Pompeii. There were plenty of tours available departing from the Sorrento train station, we just simply ran out of time. 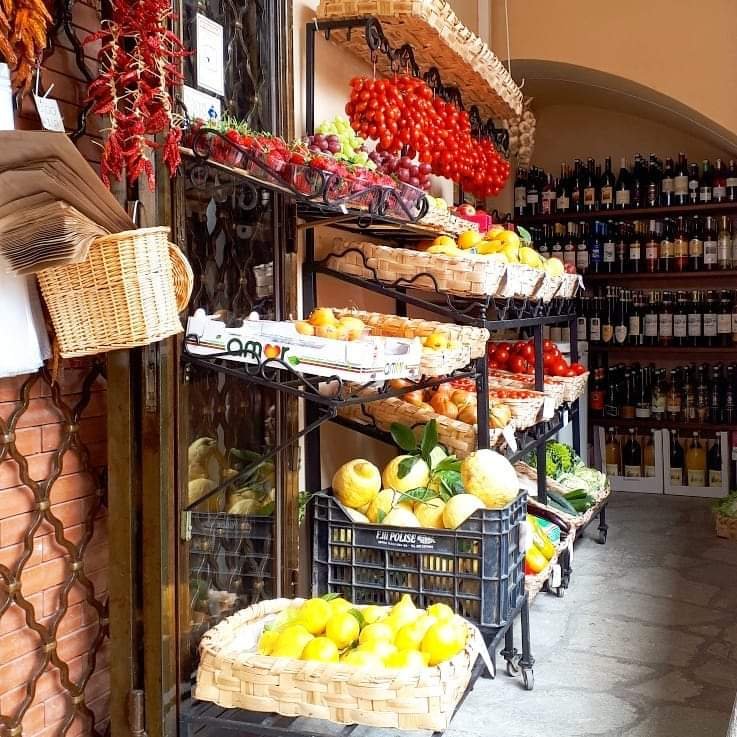 From the canals of Venice to the cliffs of the Almafi Coast, Italy has been our favorite vacation destination while living in Europe. I’m sure you have a bucket list that includes Rome, Sicily, and Cinque Terre, but don’t skip on the opportunity to visit Sorrento and the Almafi Coast. Keep your eye out for part two of our ultimate Italian vacation. You’ll get to experience our stop-over at Pisa followed by three nights in Cinque Terre! 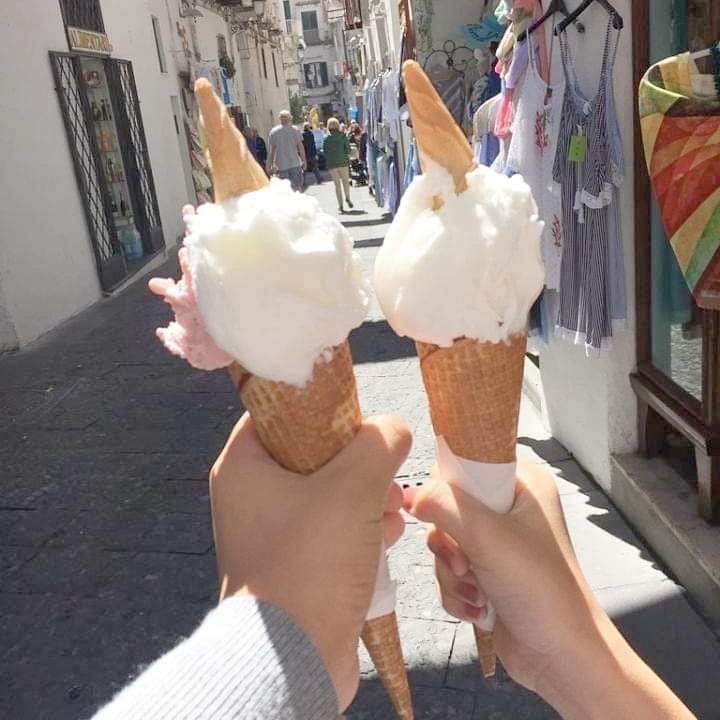