This Saturday we did the Landstuhl Beer Hike, our first Kulinarische Wanderung since living in Germany. 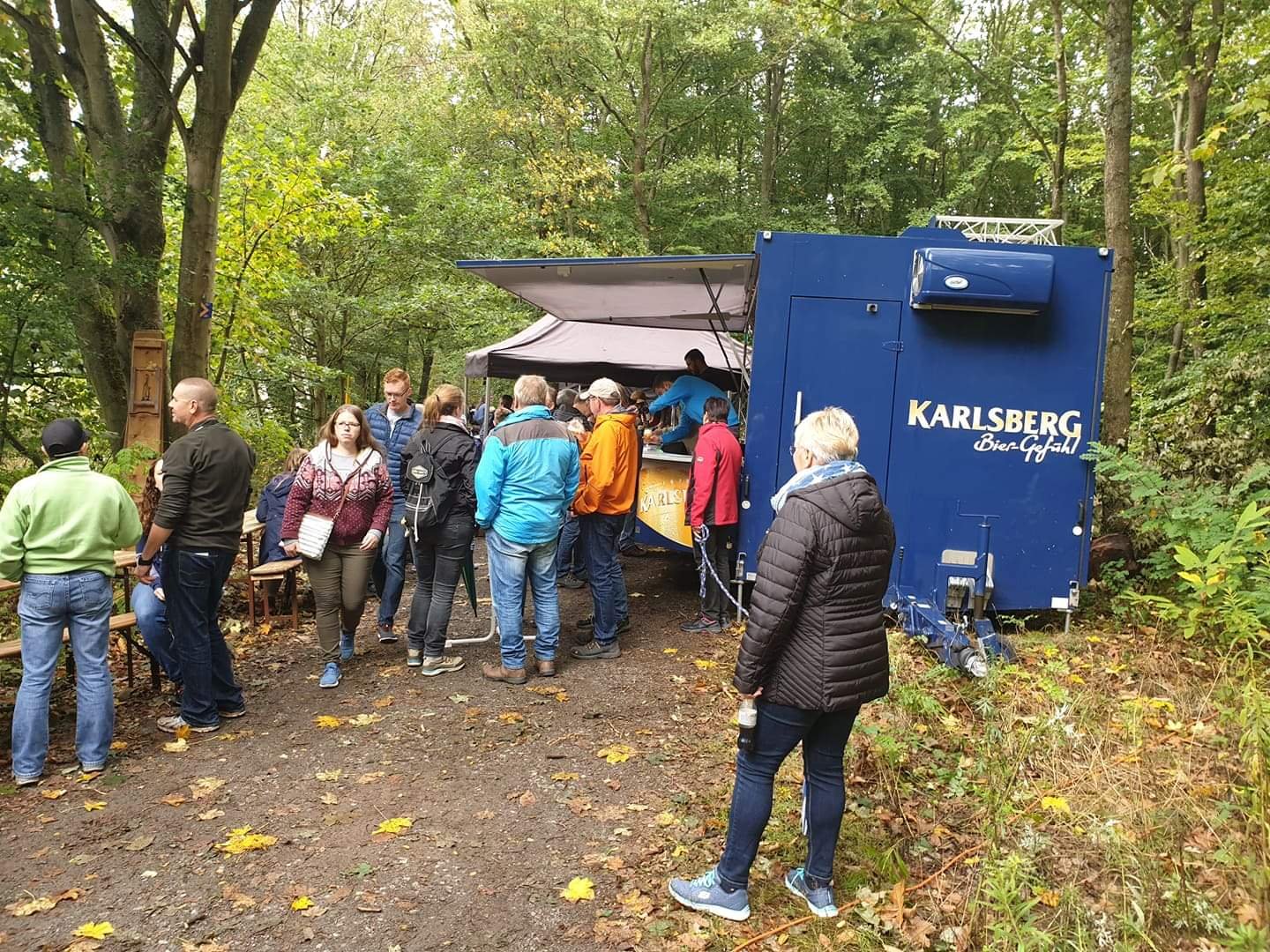 “What is a Kulinarische Wanderung” anyways?” I know, I asked the same question.

I can’t believe we’ve lived here for two years, and this was our first one. We’ve seriously been missing out.

Well, a Kulinarische Wanderung is pretty much like a pub crawl… just along a trail in the woods. For this hike, we decided to go backwards, starting at Kindsbach and making our way to Nanstein Castle in Landstuhl. We found the hike to be less crowded at the beginning, since we went in reverse order.

The hike was around two miles long, and took about three hours with stops at each station. 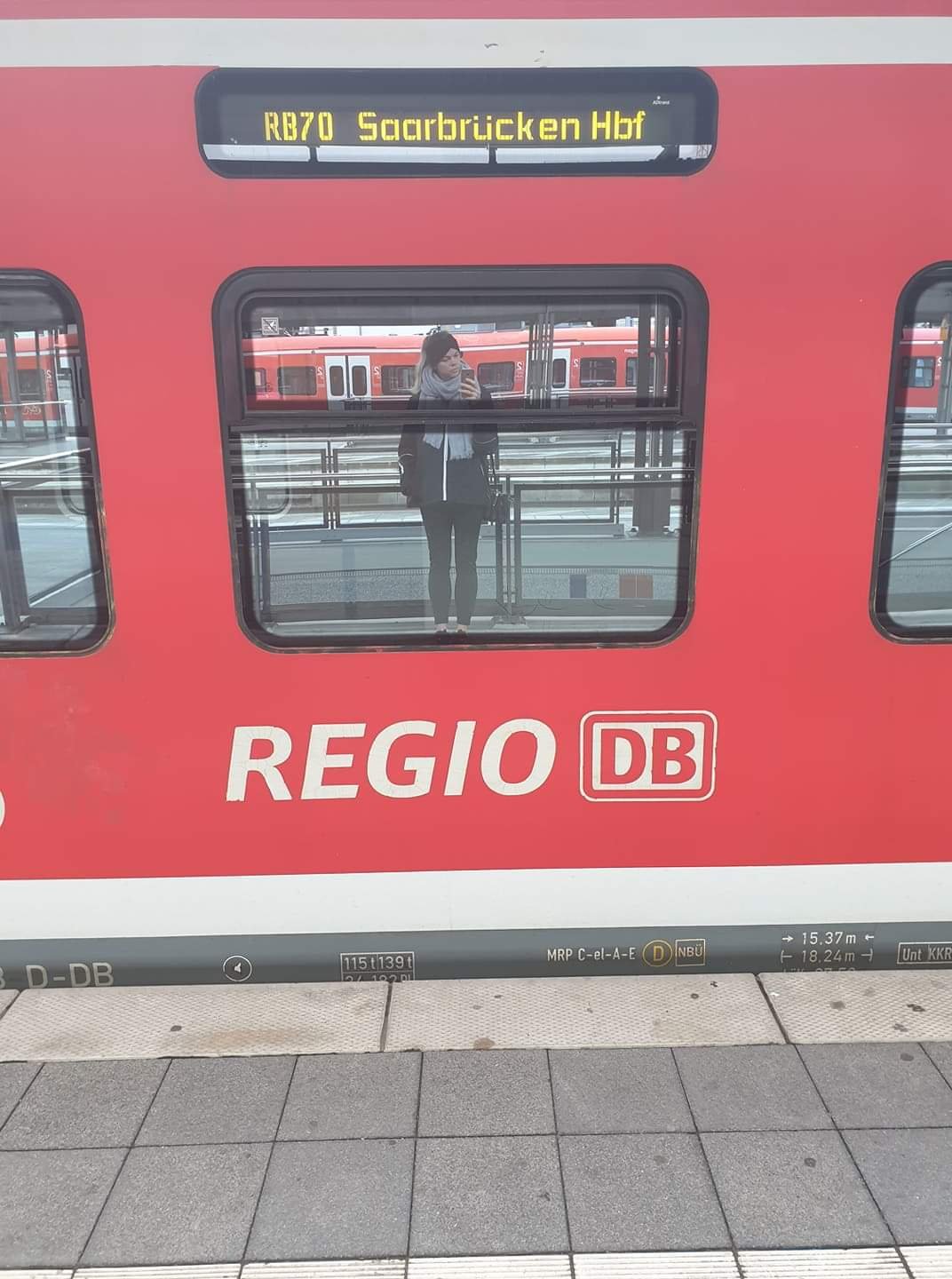 To get there, we took a short train ride from the Kaiserslautern Hauptbahnhof, getting off at Kindsbach. Once we made it to the start point we paid €8 each, and each recieved a beer mug and hiking ticket. The beer mug was braced by a necklace, giving the mug stabilization as we maneuvered through the woods. 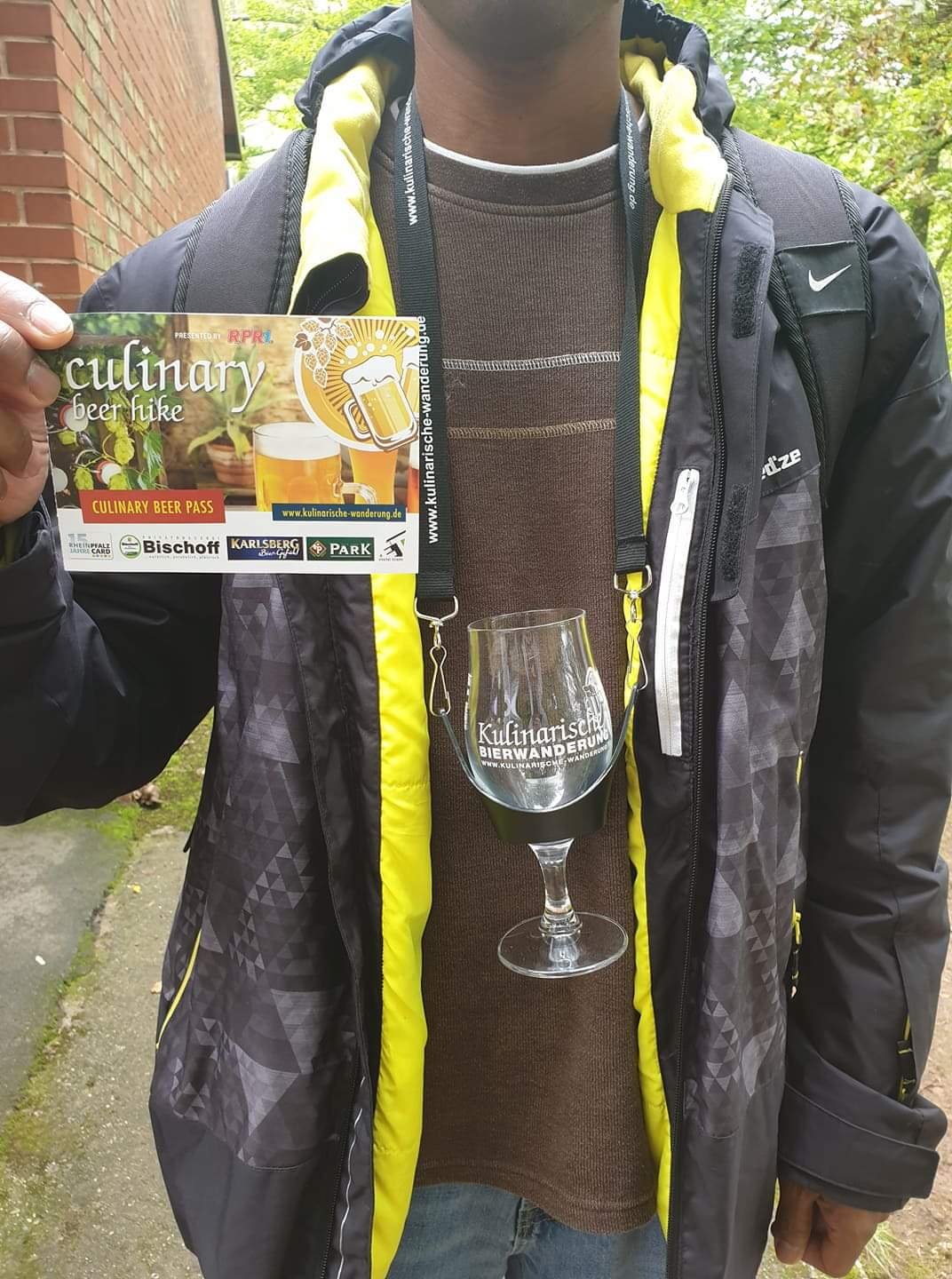 The hike featured six stations along the route with beer and food vendors. In all honesty, I think there was a significant population that never left the first station. 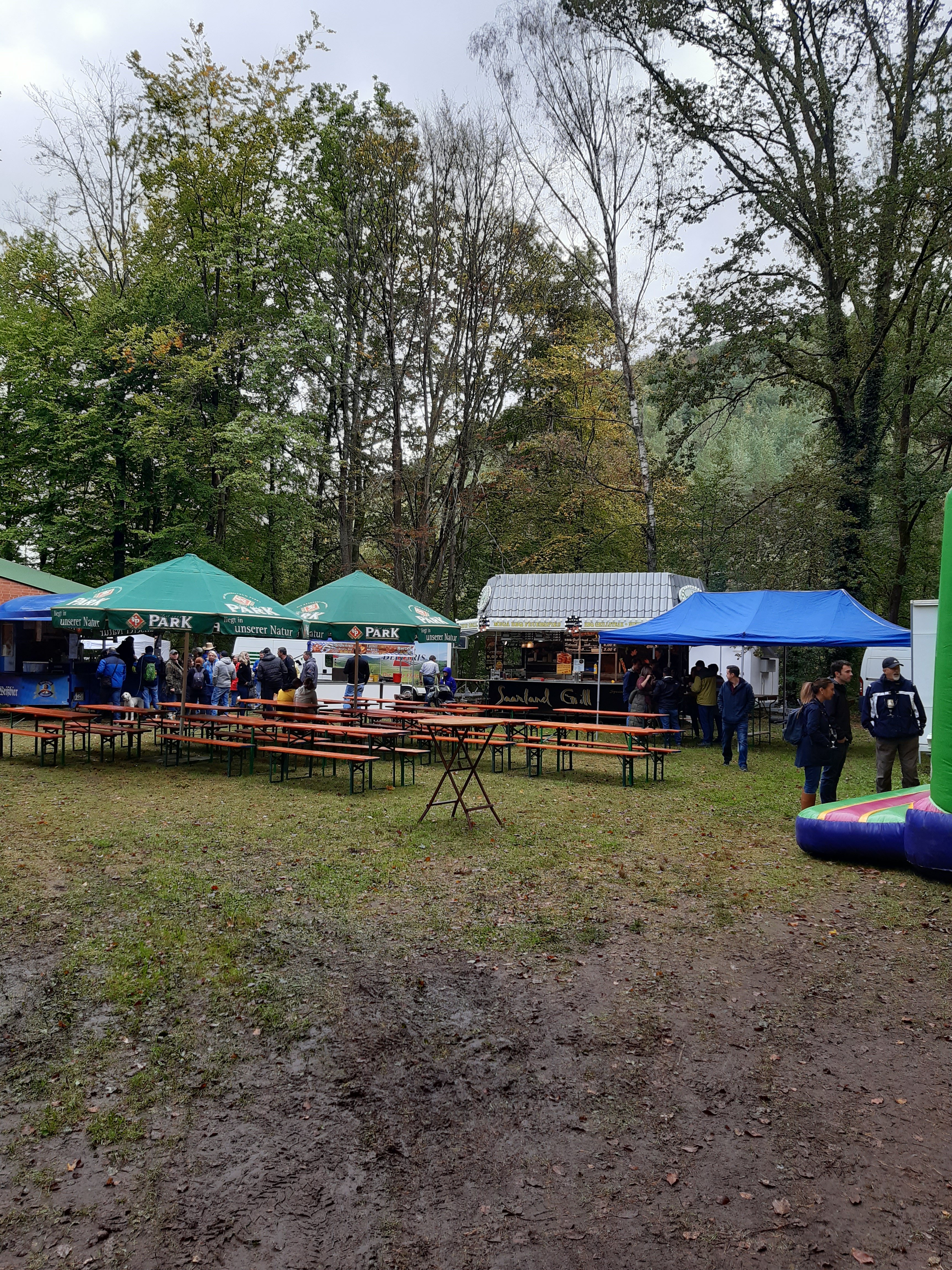 A fill-up of beer at each station cost €3. If you topped off at each station, they would stamp your ticket. Six stamps entered you in the prize drawing. Let’s say only one of us got all six stamped off. The other only got one stamped off… ahemmm. Nellie. 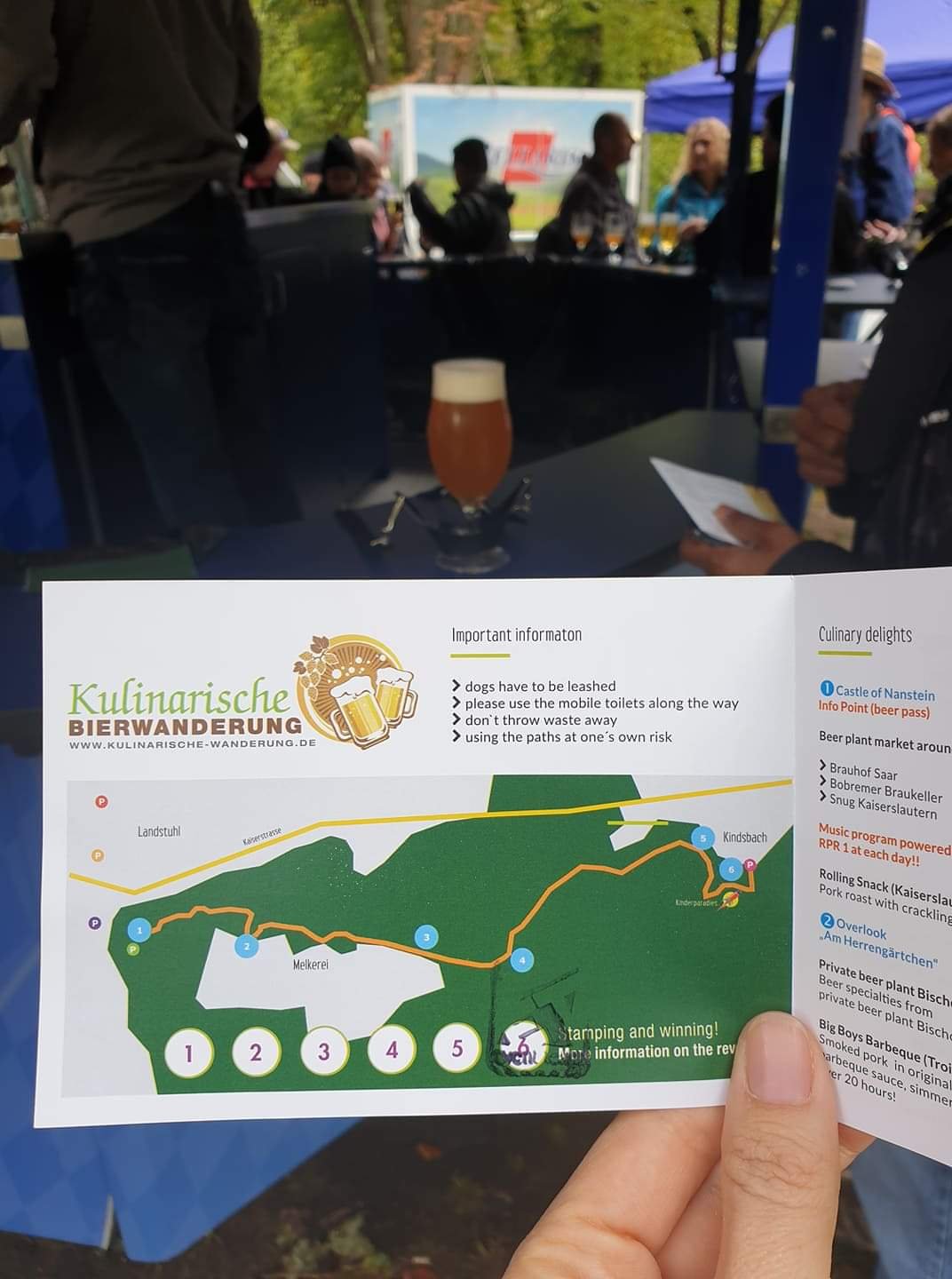 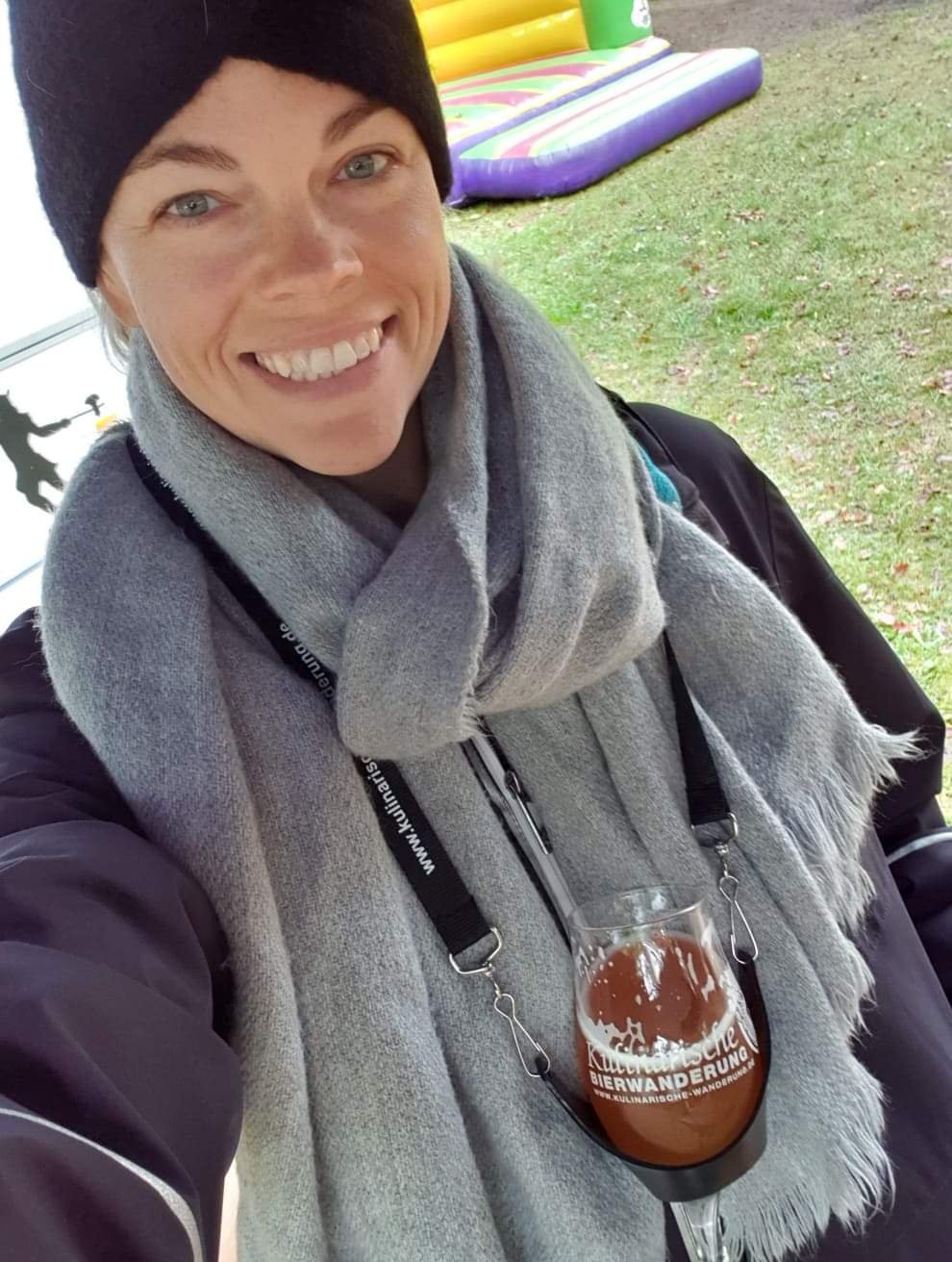 As for the hike, nothing much to say except there were some beautiful spots along the way, lots of good food, and plenty of beer.

I almost thought I was back in Cinque Terre for a second. Just a second. 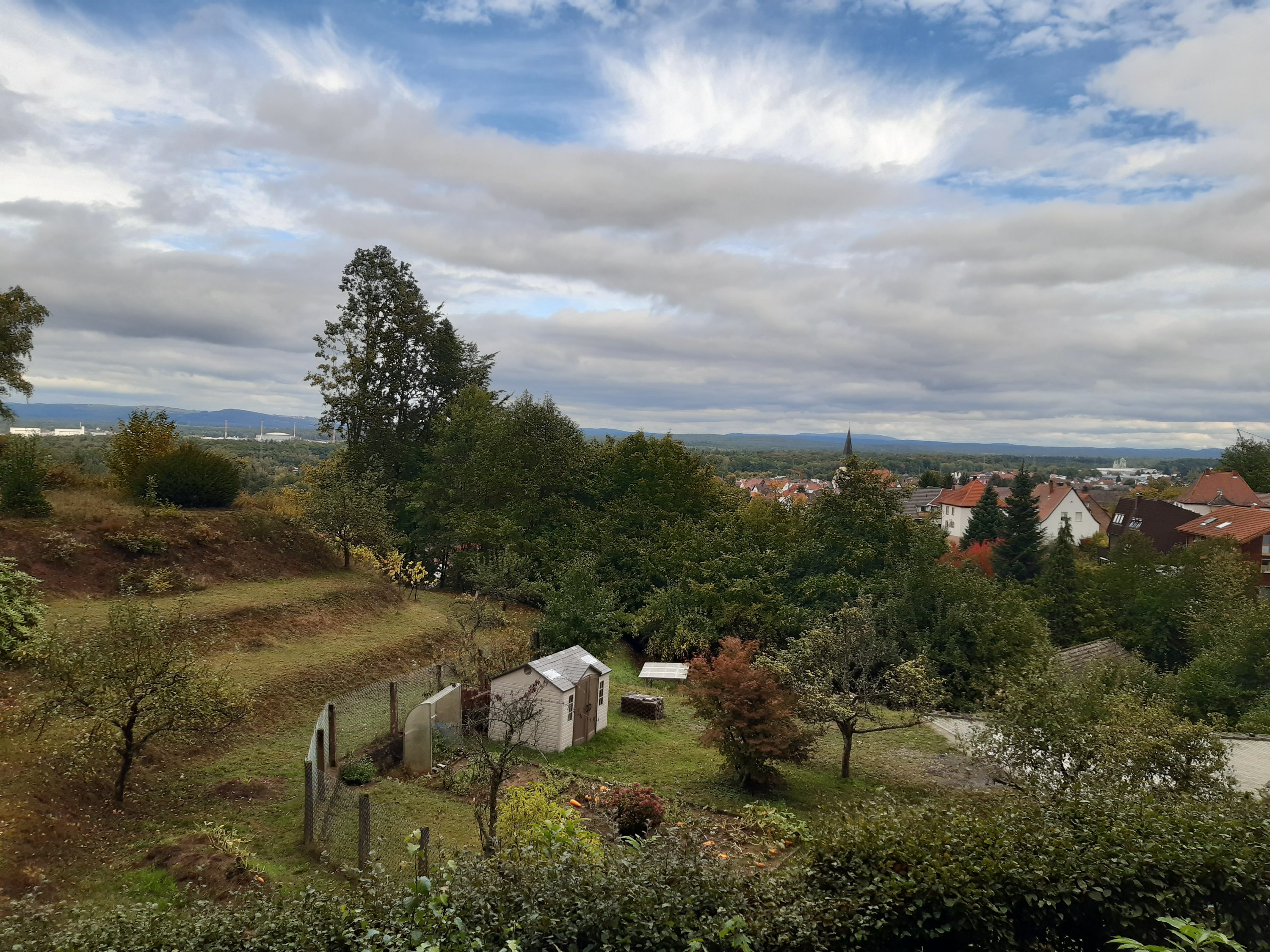 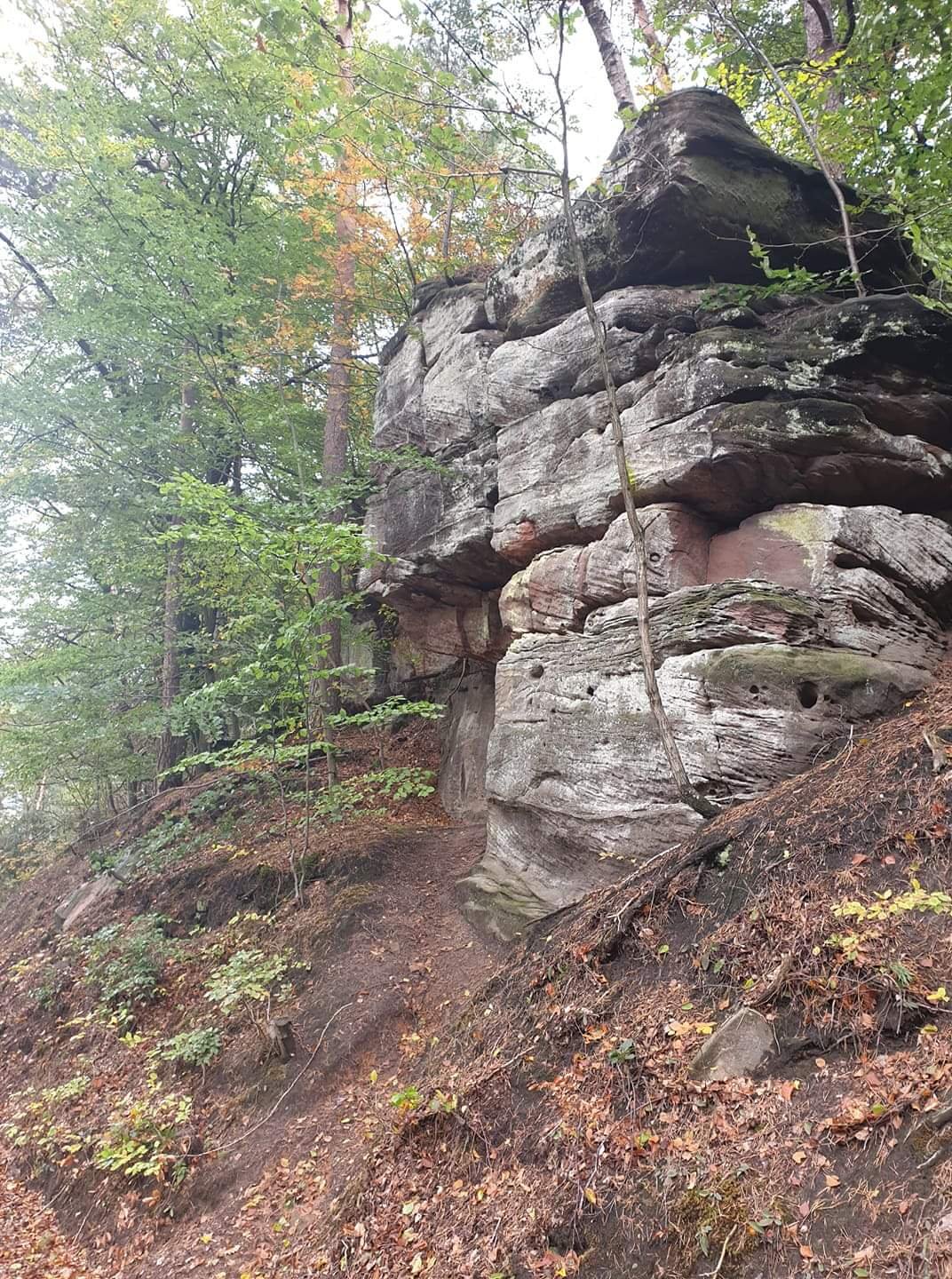 The hike overlooked the Airbase! 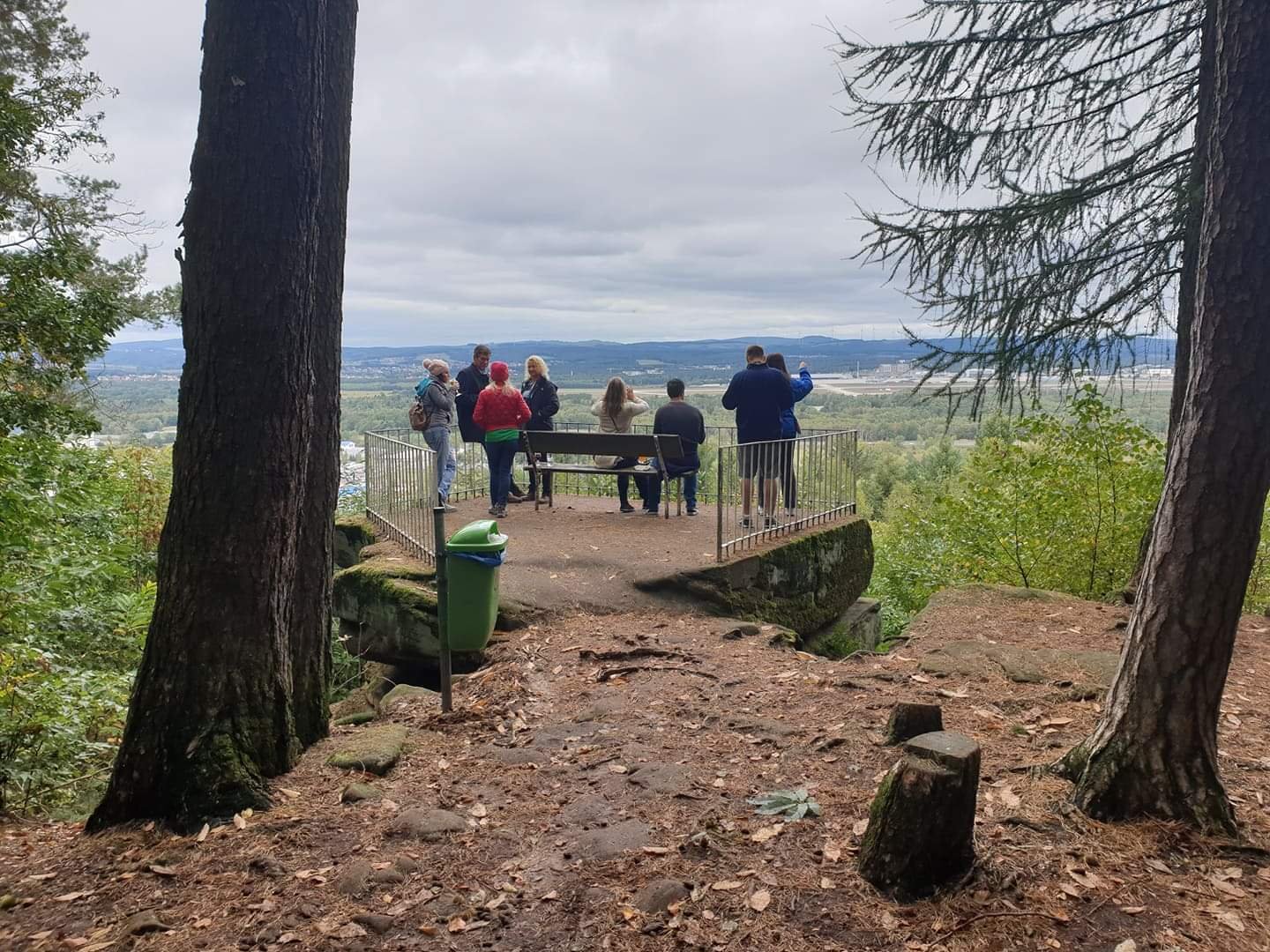 Did I mention lots of great food? 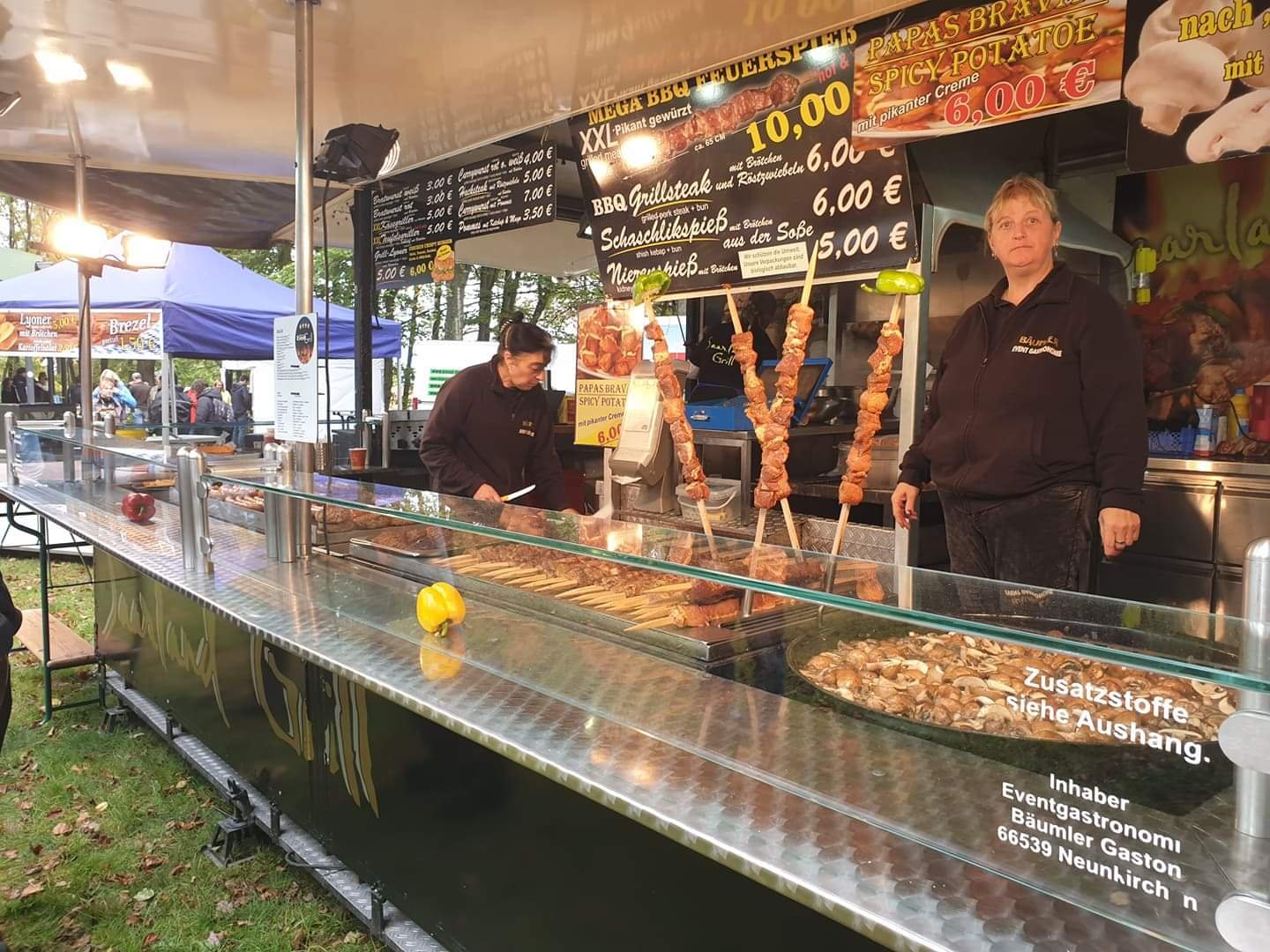 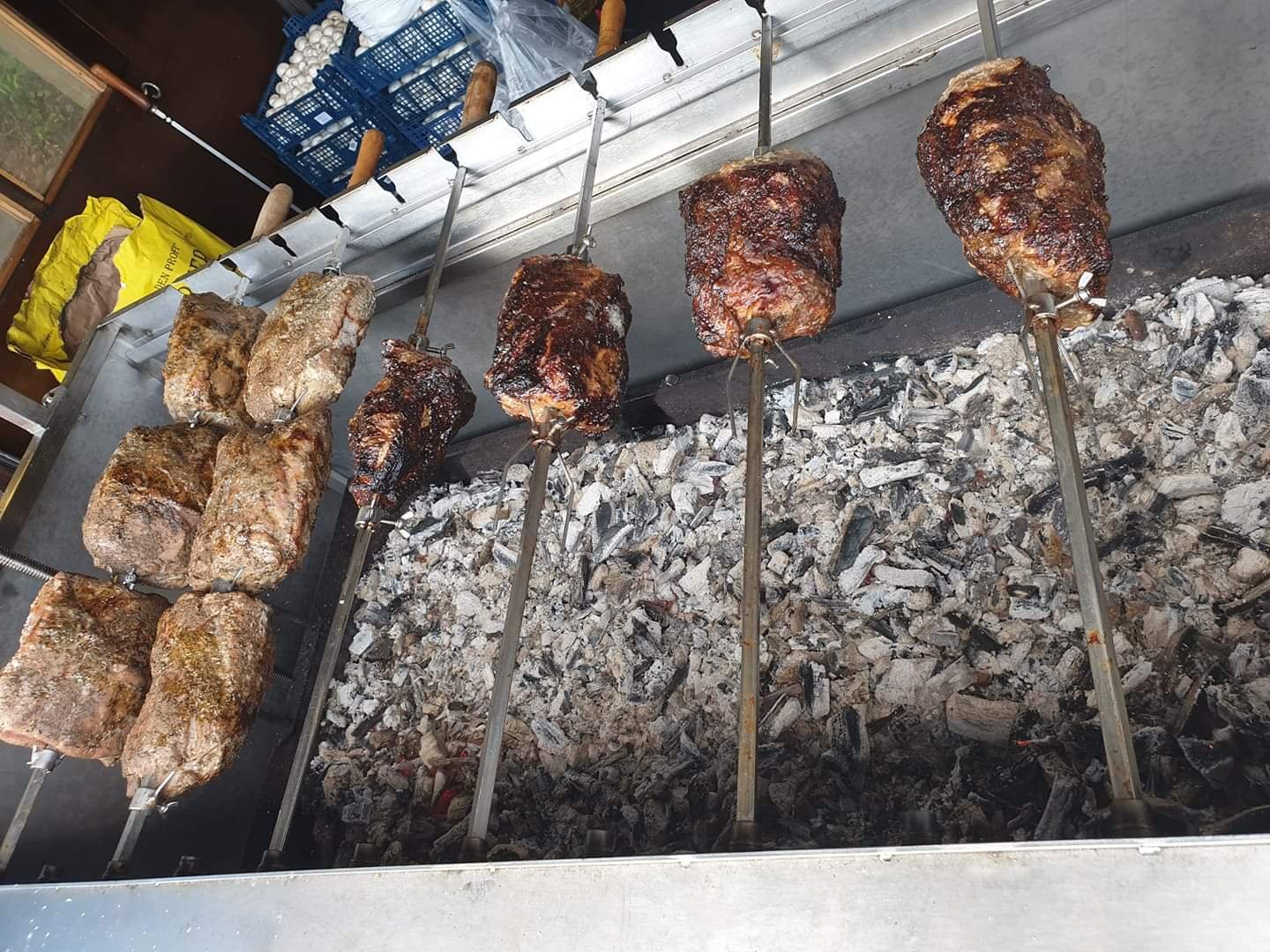 Did I mention lots of great beer? 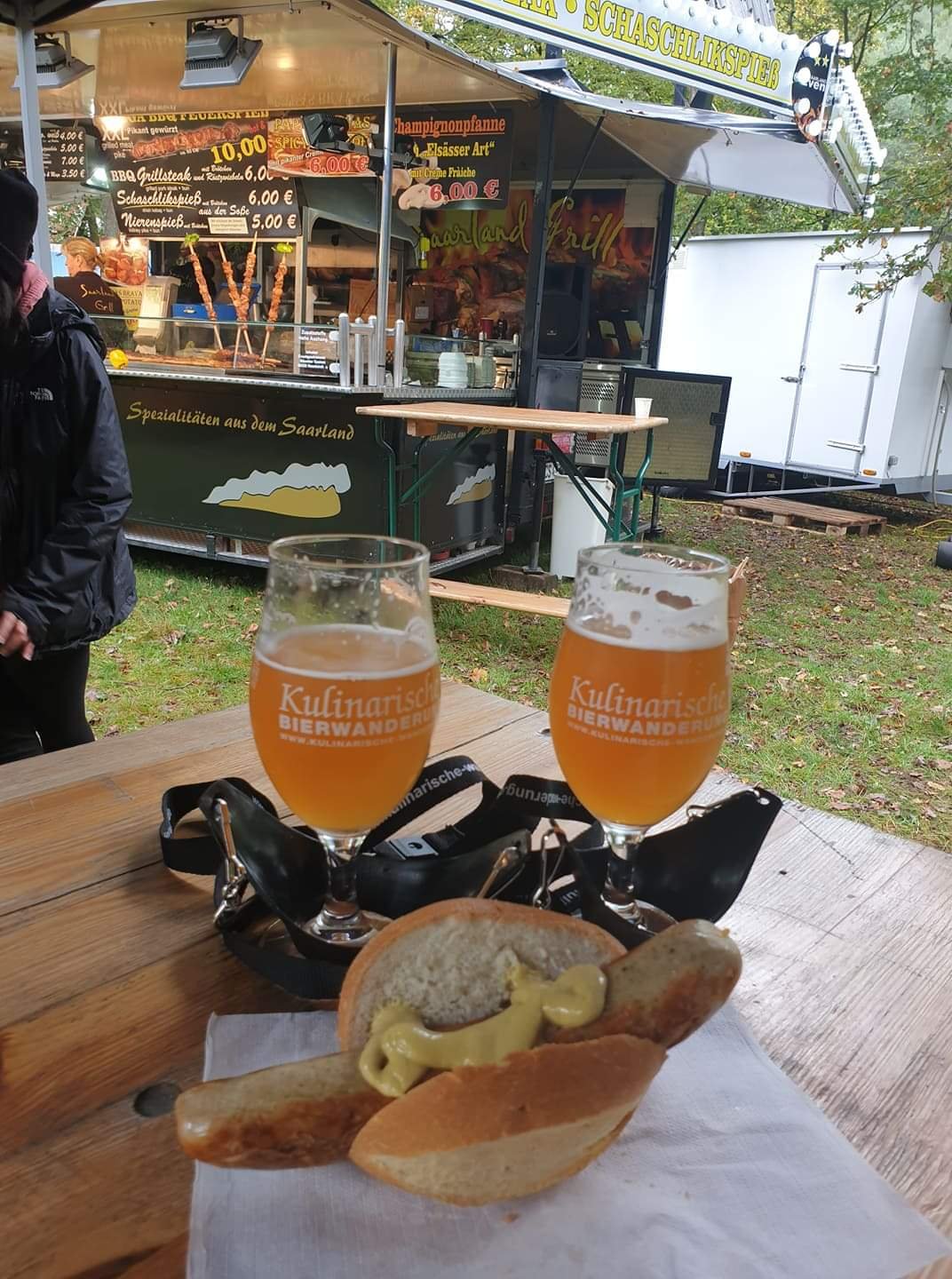 Perfect for a Fall day! 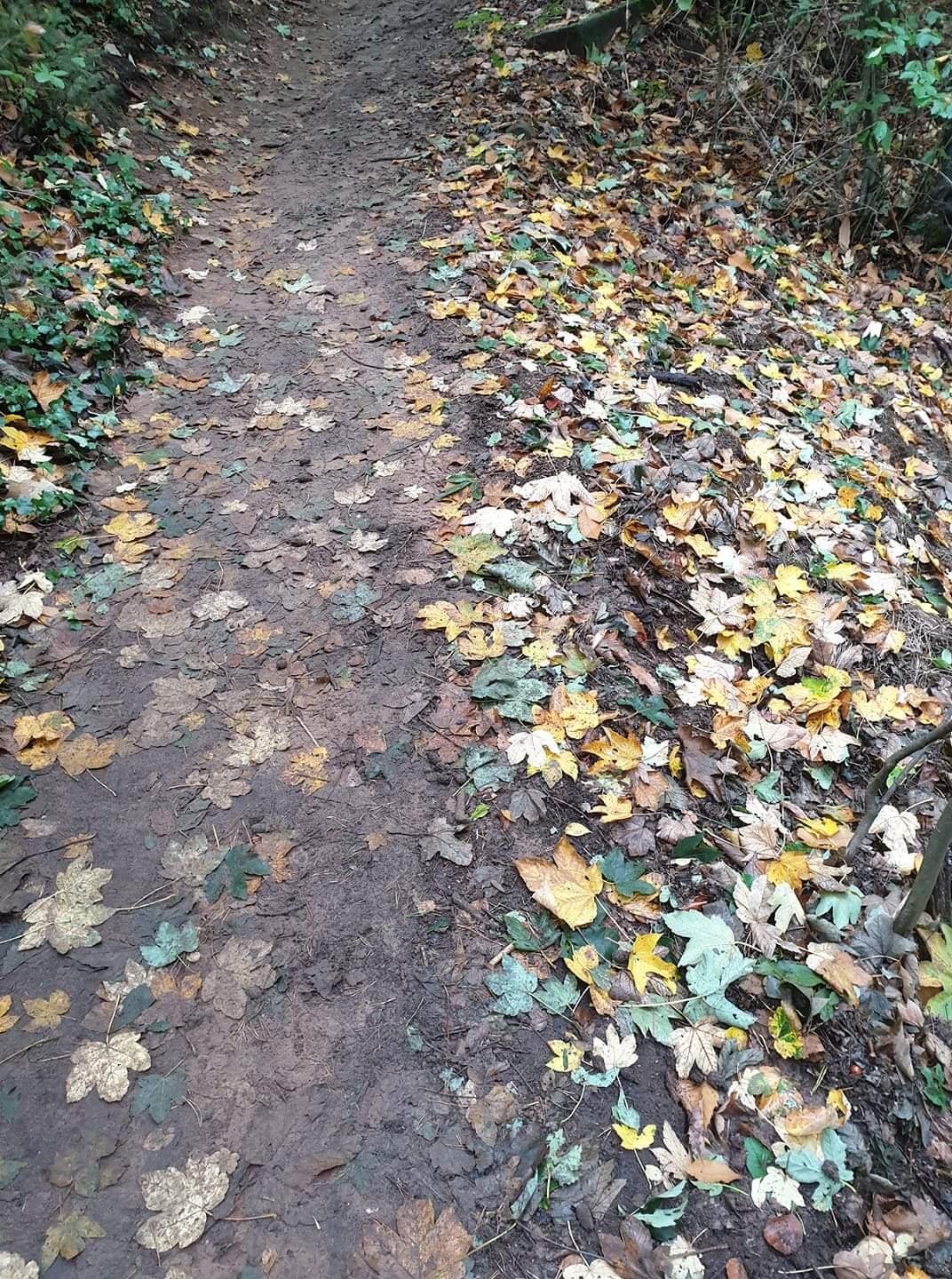 We ended the hike at Nanstein Castle in Landstuhl where most people began the hike. After hanging around for a while listening to music and drinking a Guiness from “The Snug” trailer, we stopped at the castle restaurant for a final snack. 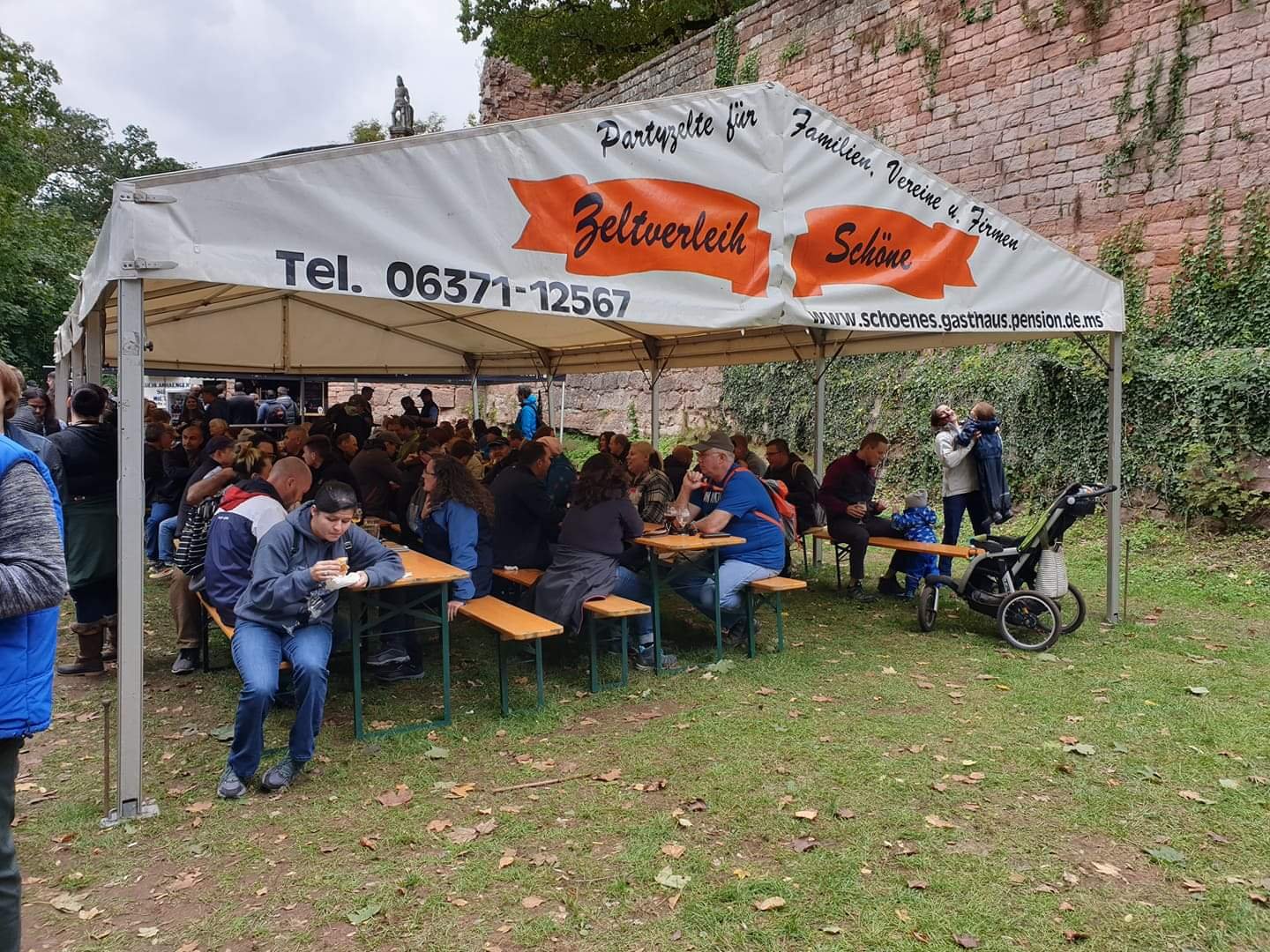 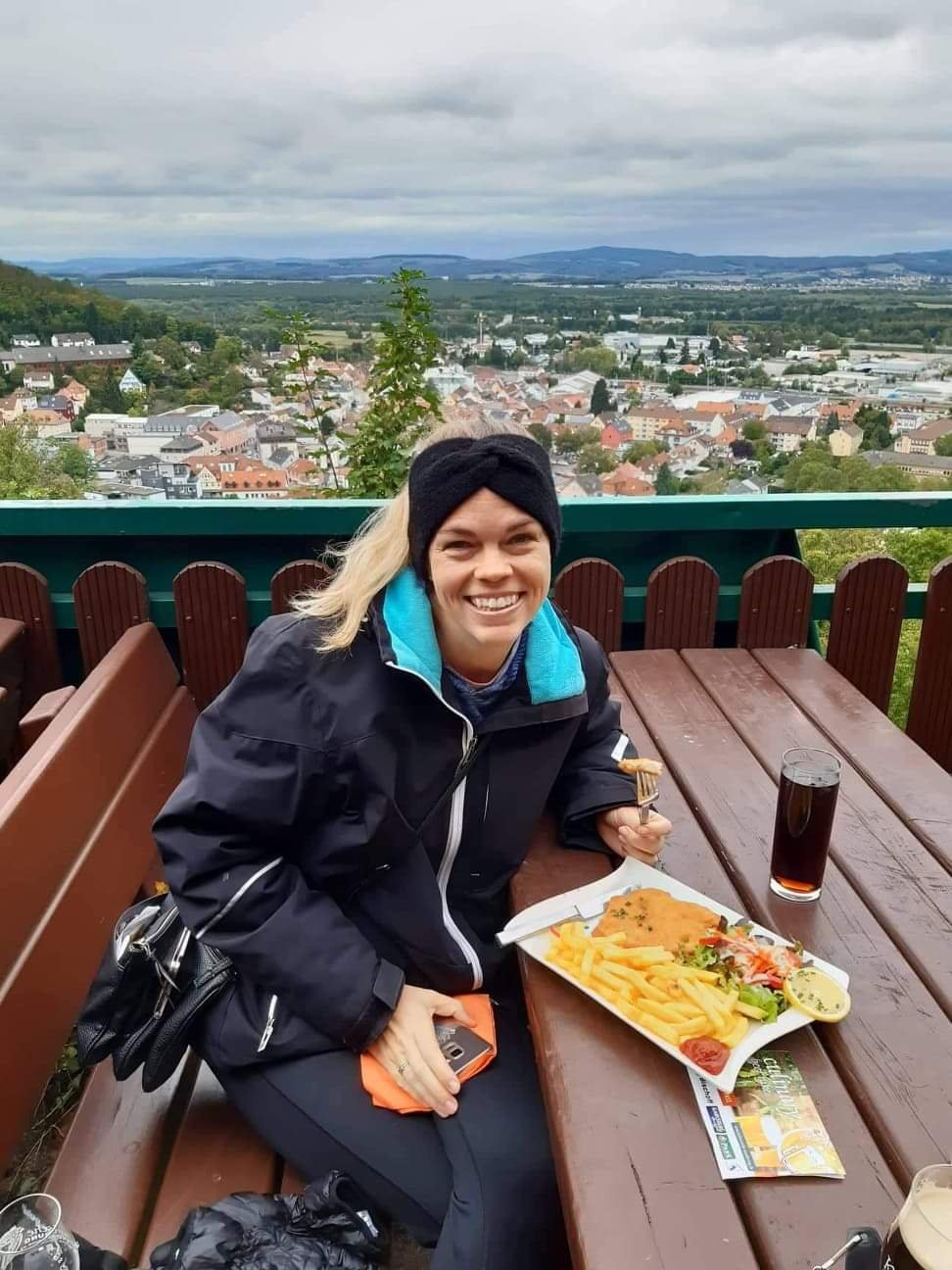 Afterwards, we made our way to the Landstuhl main train station, for the short train ride back to Kaiserslautern.

If a Culinary Hike looks like something you would like to do, there are a few that happen each year right in our area!

The Wine Hikes (Kulinarische Weinwanderung) happens in Wolfstein in April, and Rodenbach in September.

The Beer Hikes (Kulinarische Bierwanderung) happens in Enkenbach in May, and of course, in Landstuhl in October.

Mark the dates on your calendar for next year! 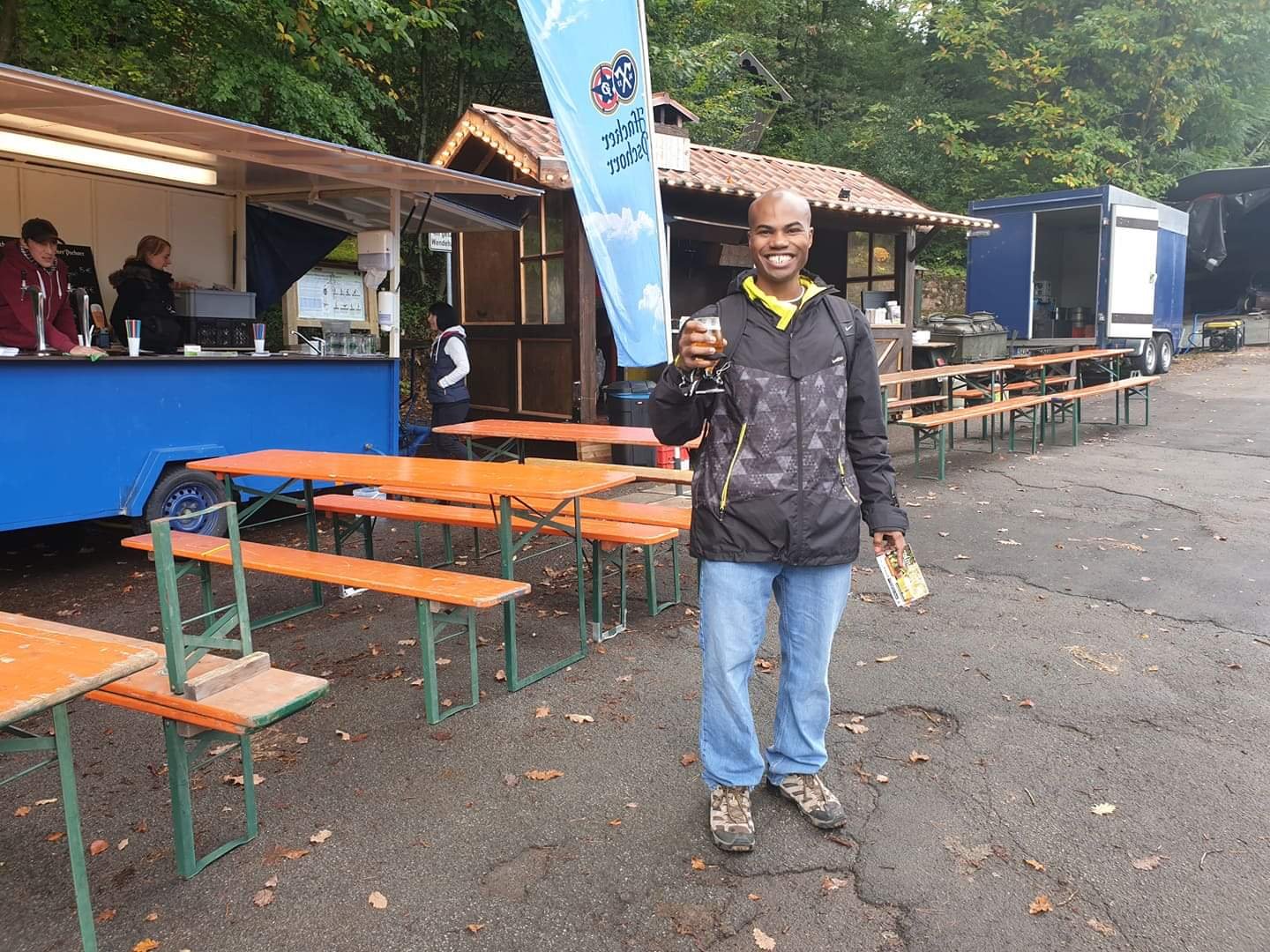