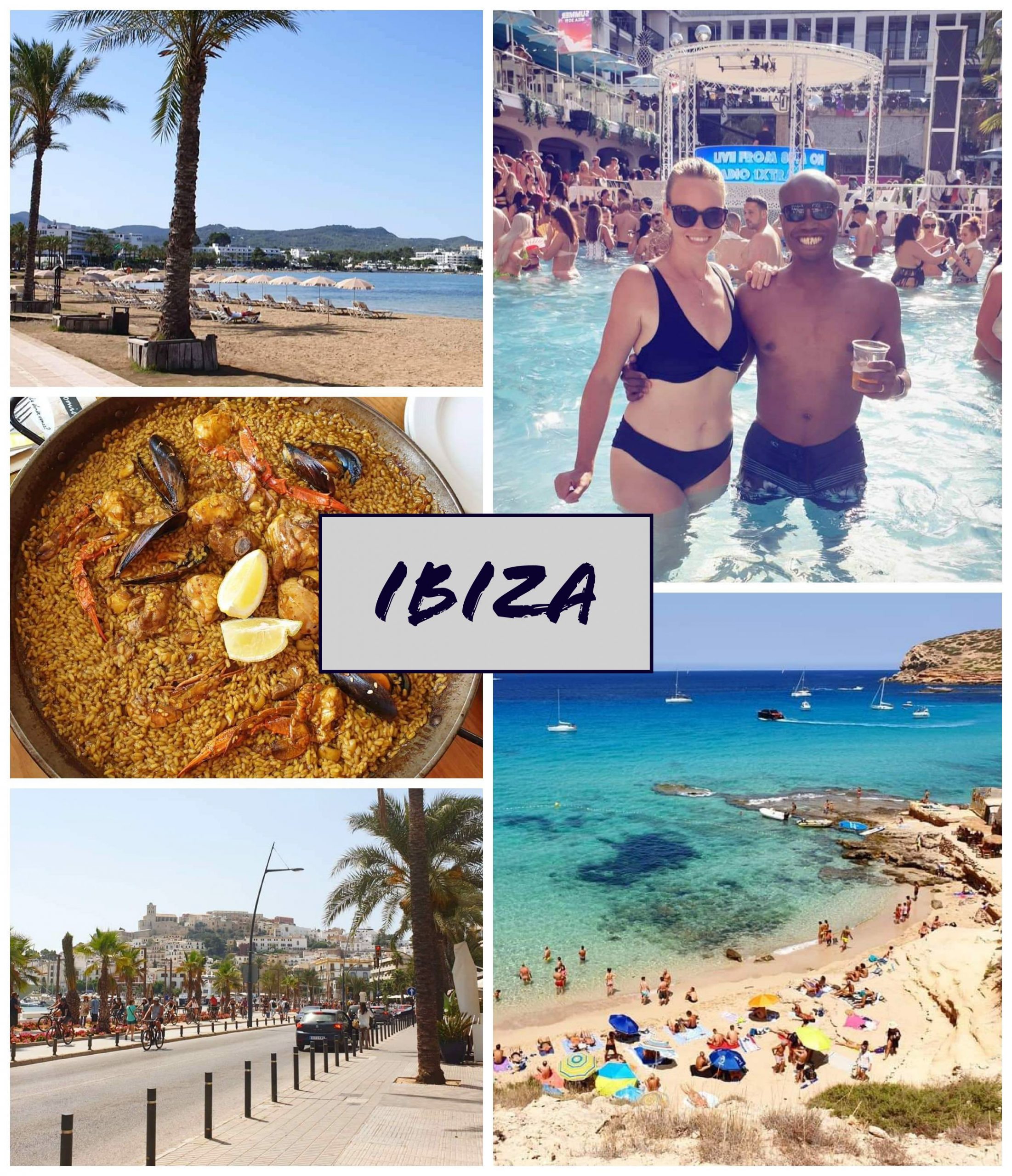 It was our number one bucket list item when moving to Europe. Some of the world’s best music artists visit every weekend and it’s widely known for its lively night time scene. Apparently Mike Posner took a pill there, only because Avicci said it was cool. For Nellie and I, there was no way we were taking a pill, but we couldn’t resist seeing all the hype of Ibiza. So over the first weekend in August 2019, we took a parents-only trip to the world’s most famous party island, Ibiza, Spain. 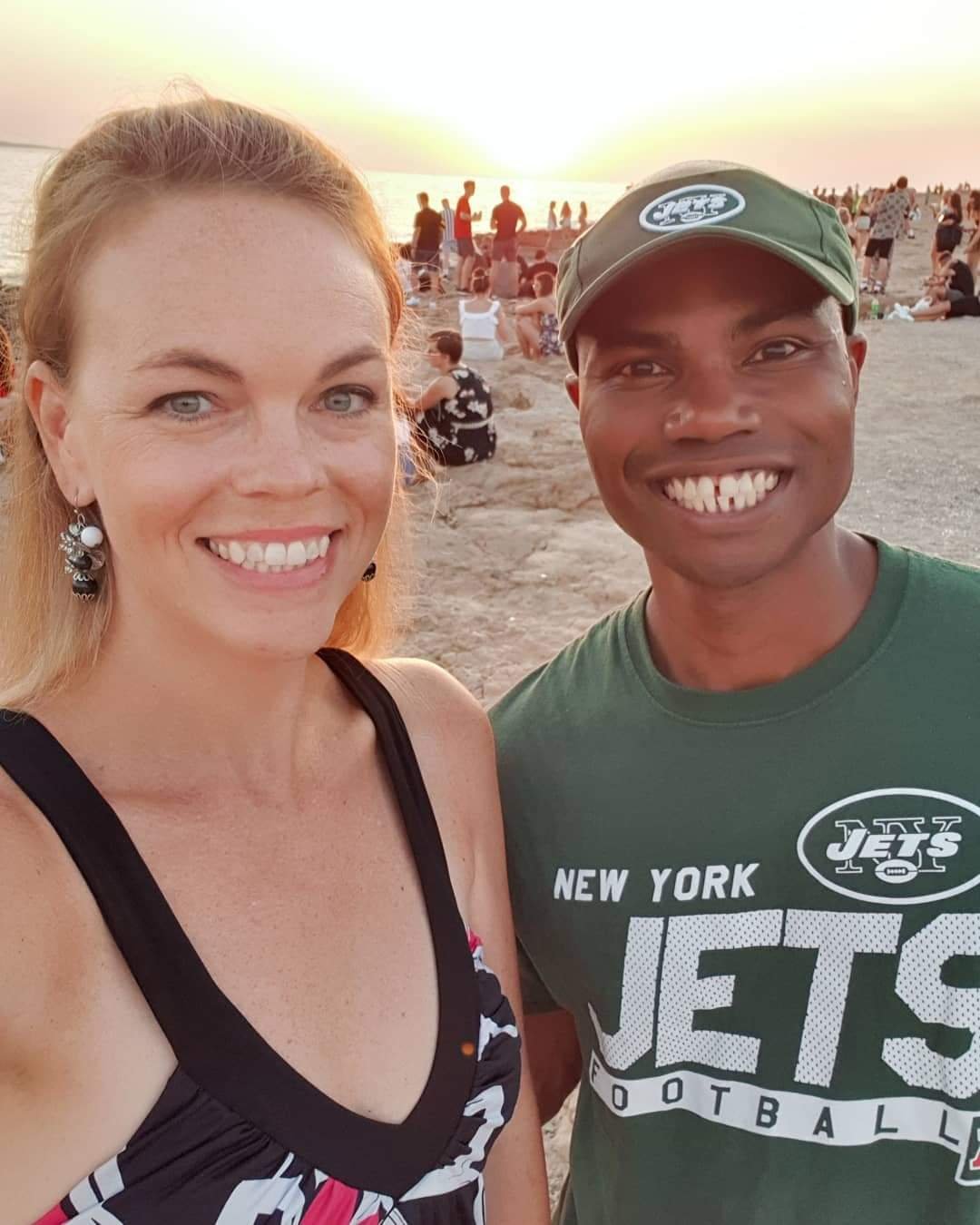 We left on a Friday afternoon from Frankfurt Hahn, and arrived at the Ibiza airport late afternoon. We booked a rental car in advance from Avis, costing €161 for a three day rental. While a rental car isn’t absolutely necessary in Ibiza, it gave us flexibility to see as much of the island as we wanted to. Also, our hotel was close to Sunset Strip in San Antonio on the opposing side of the island. We figured that a rental car was much easier than trying to navigate the bus system. 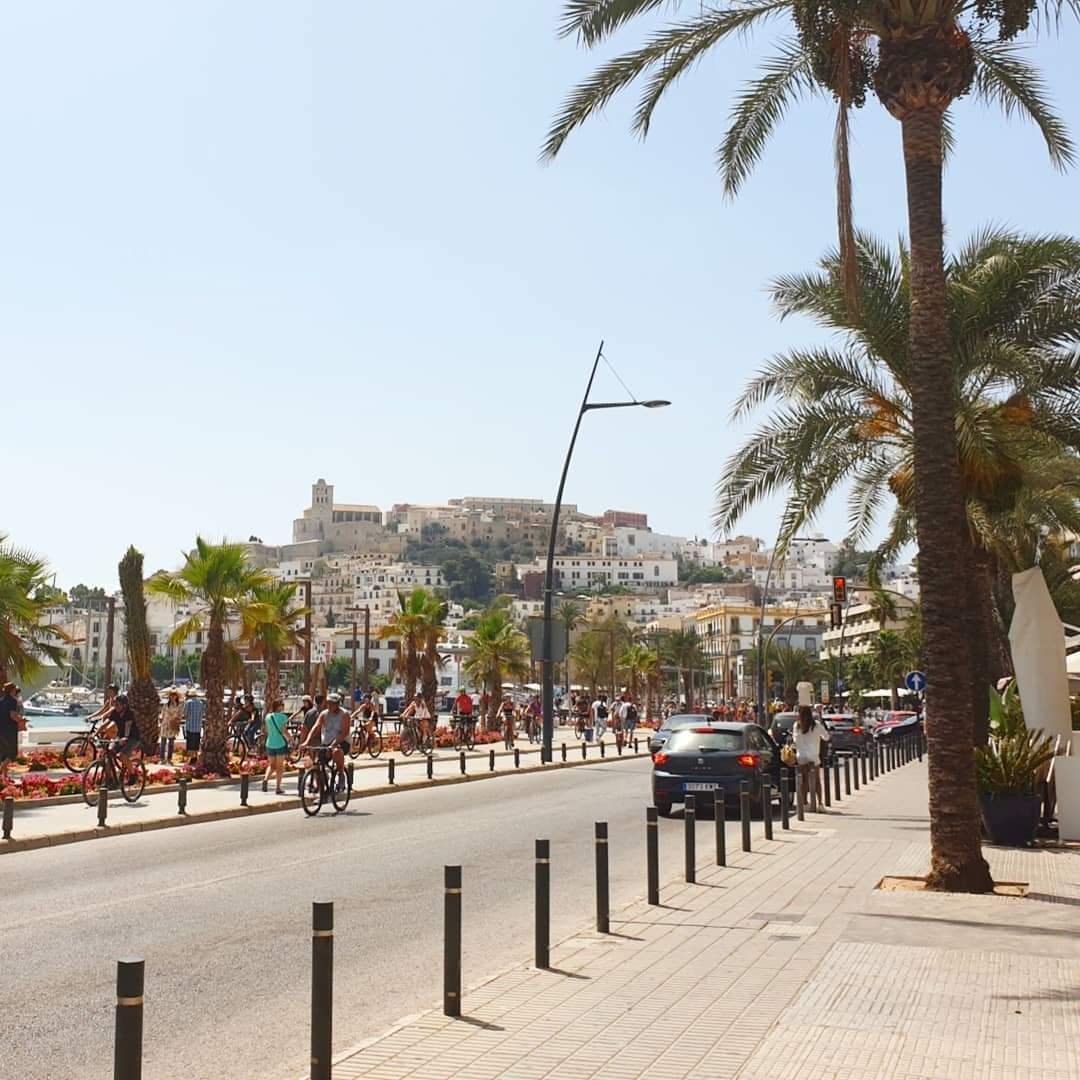 We arrived to our hotel by early evening and got checked in. I was a little skeptical, because given the location, Hotel Gran Sol was much cheaper than other nearby hotels. The reviews on Booking.com convinced me that it was worth the shot, and the hotel didn’t disappoint. We paid €495 for three nights, and the location was as good as you can get! The hotel itself featured dining, a bar, and a hotel pool. While all that was great, we only ate at the hotel once and never used the pool. However, the best feature is that the hotel is a quick walk to Sunset Strip. 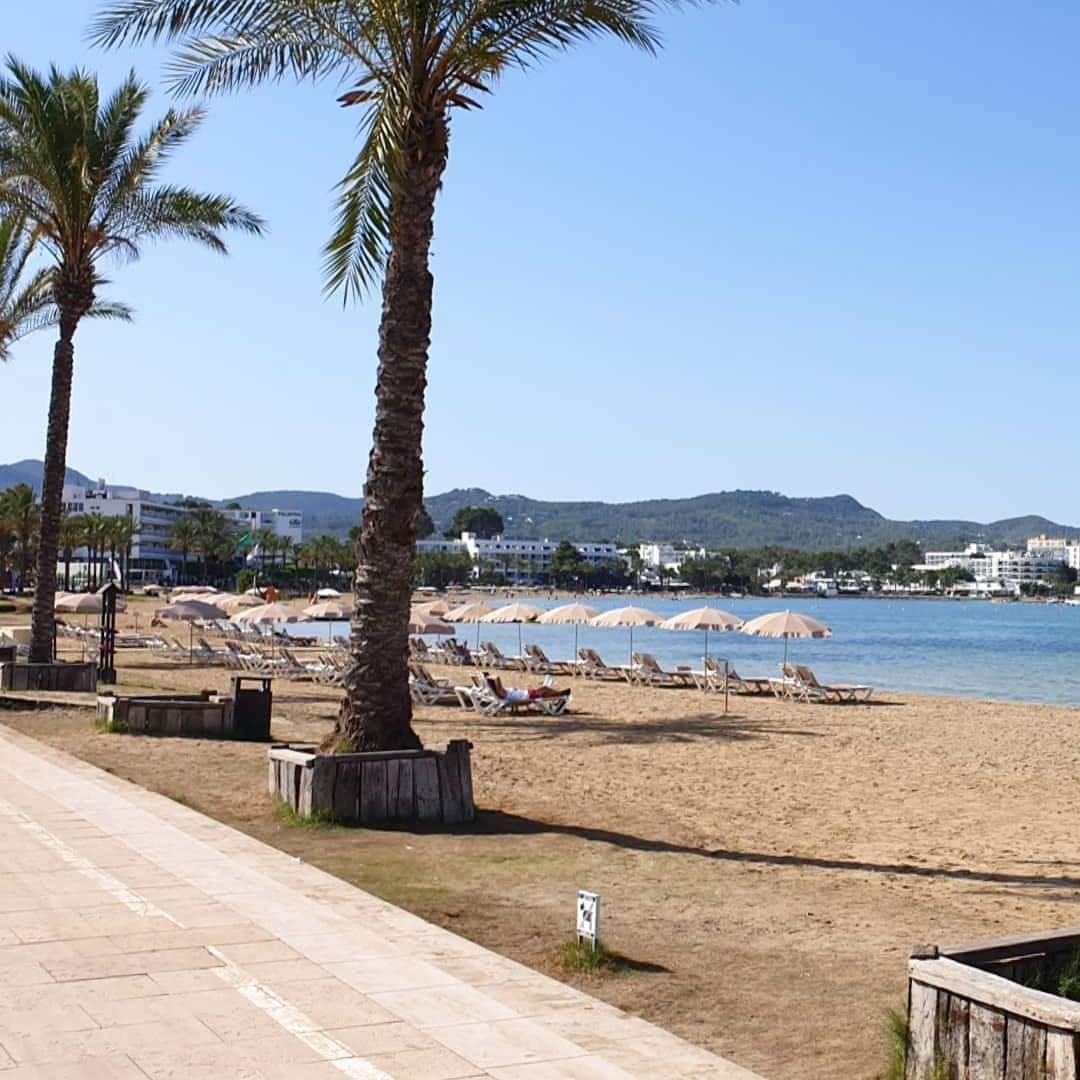 We changed into our party clothes, but before hitting the strip, we had dinner on our mind. We had been craving some Spanish Paella since visiting Mallorca in 2018 so we couldn’t wait to find some. Close to the hotel was Villa Manchega, where we decided to stop by and enjoy the outdoor seating. We had a large portion of seafood paella, which went well with the Cerveza Islena beer. 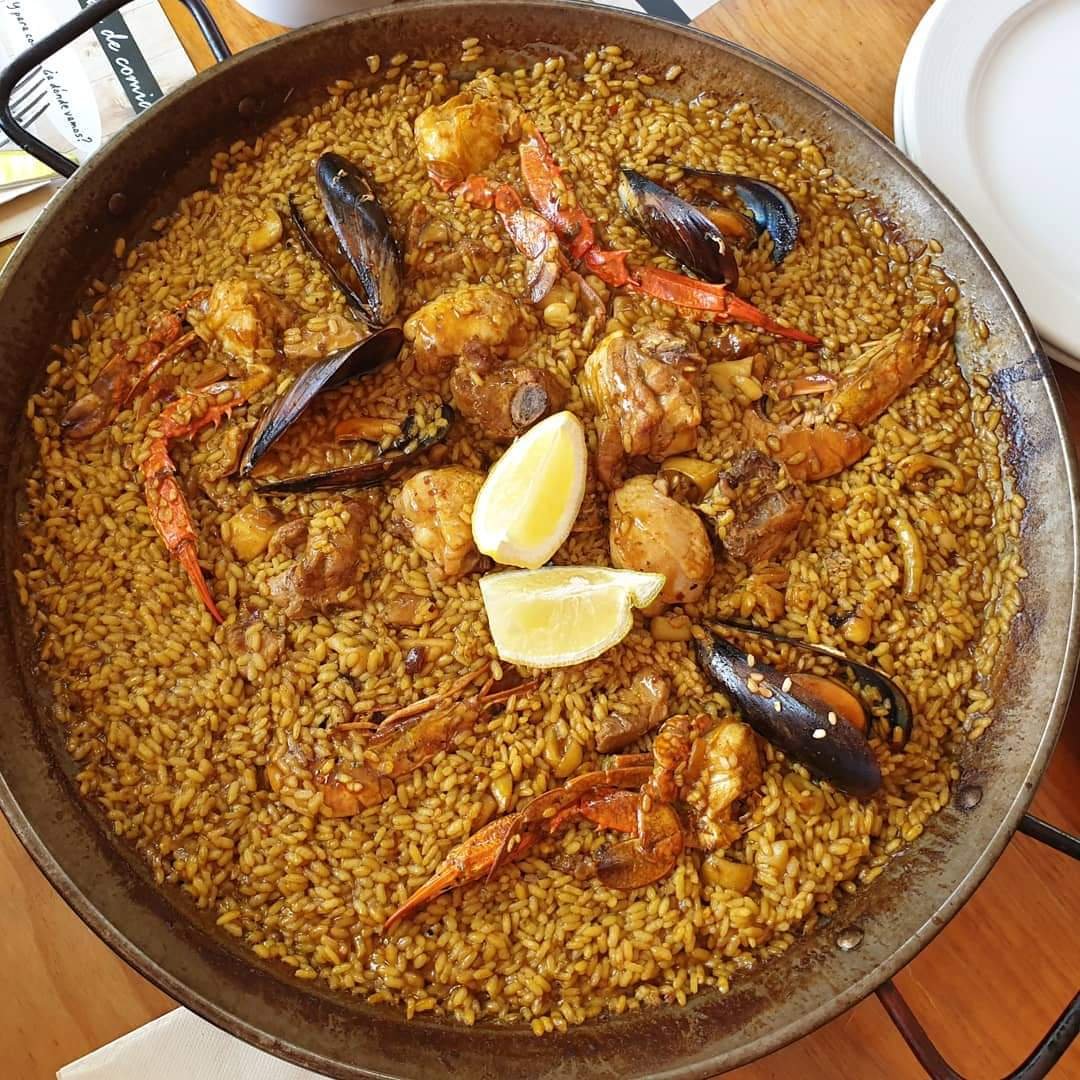 After dinner, it was time to stroll Sunset Strip. We passed hotels with pools overlooking the beach before reaching the bars and nightclubs. We passed thousands of people gathered on the beach, and it looked like many groups decided to have spontaneous beach parties of their own. Many of the bars and clubs were having world class DJs later in the night, but had cover charges of over €50. Especially since we didn’t feel like staying up all night, we found a beach bar, where we opted to just relax with a few overpriced drinks. 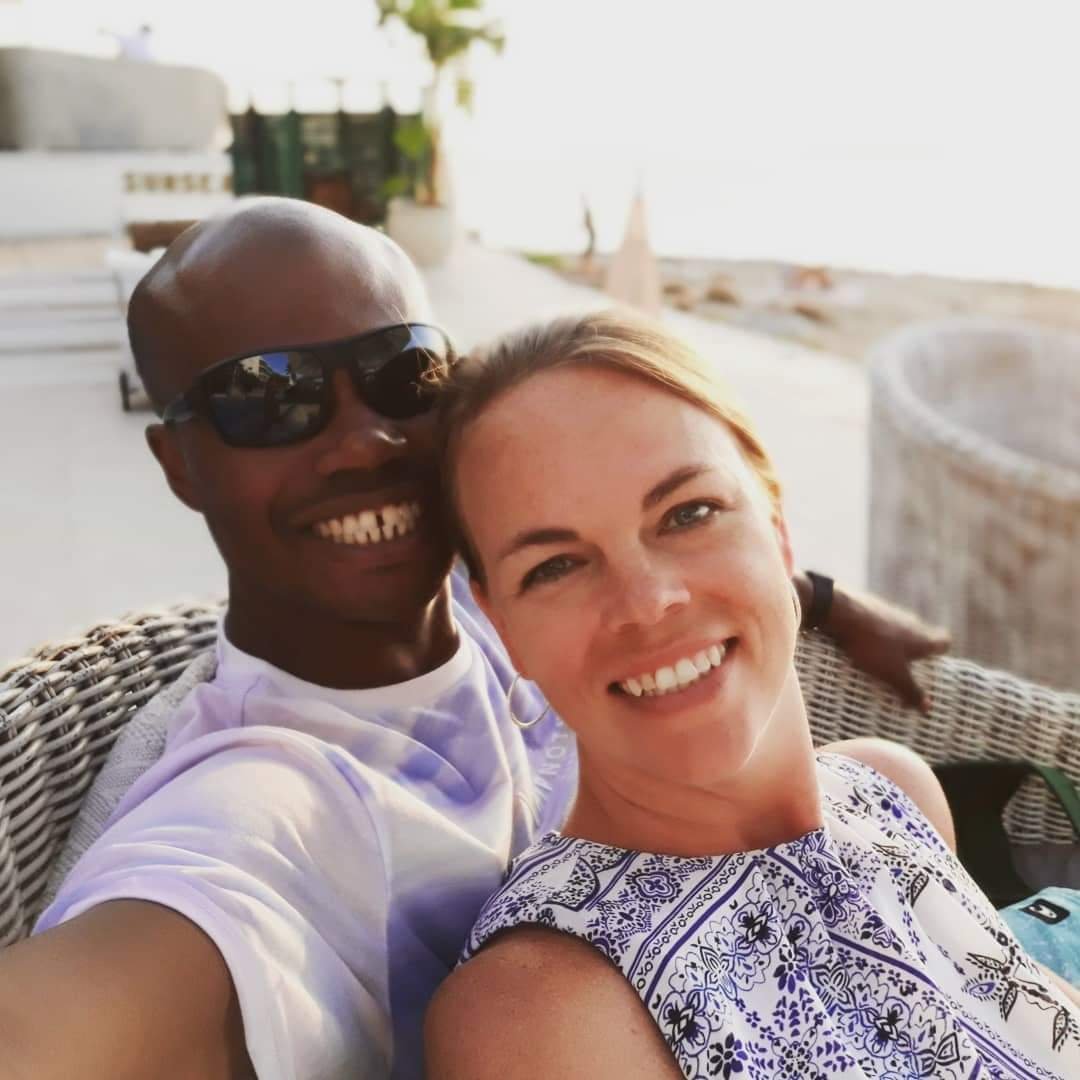 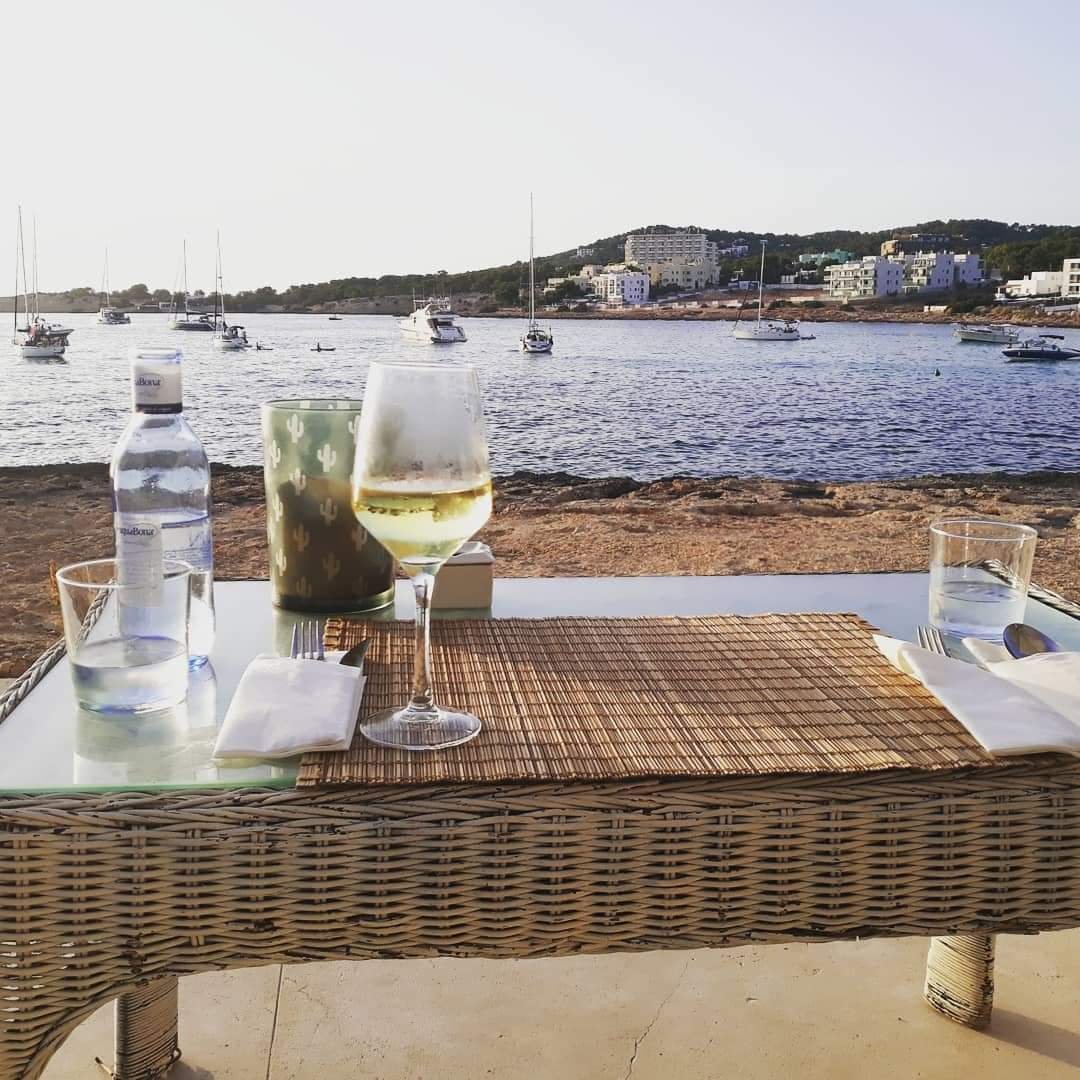 On our way back to our hotel, we conveniently passed by the Ibiza Rocks hotel, right as hundreds of young people were pouring out of it. We learned that the hotel has daily pool parties on the weekend hosted by BBC and often features popular musicians from the United Kingdom. While walking to our hotel, we decided that we wanted to be part of the party the next day, so we purchased tickets online for €25 per person. 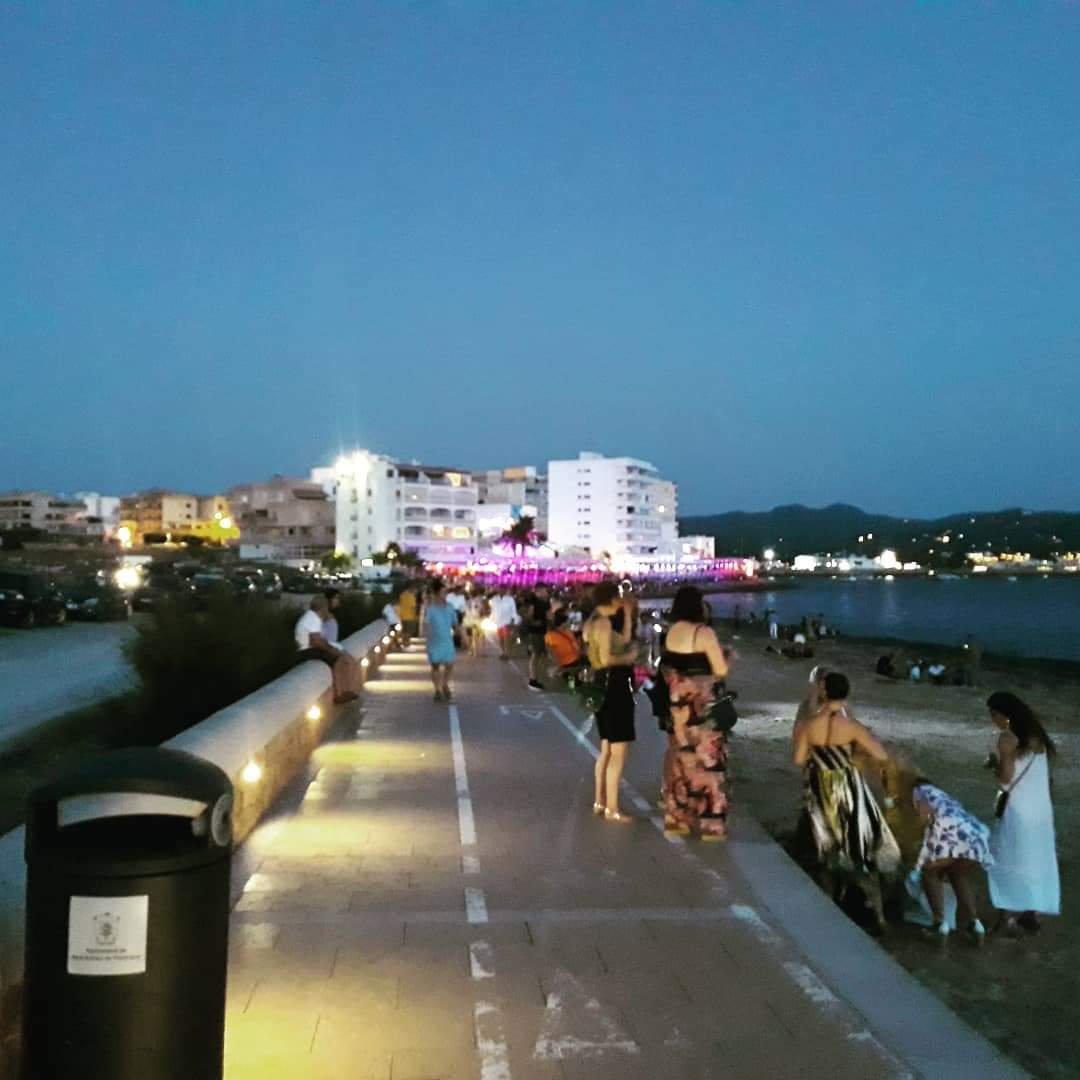 Day 2 was our first full day in Ibiza. We woke up for an early morning run, soaking the Mediterranean air as we jogged three miles around San Antonio. We passed Sunset Strip, probably catching it during its only moments of tranquility on a Saturday. We saw workers scurrying to clean up the beach and its boardwalk, and we all knew the madness that would descend on it within the next few hours. After our run, we walked down to Bar Benitez for a light lunch before heading to the pool party. 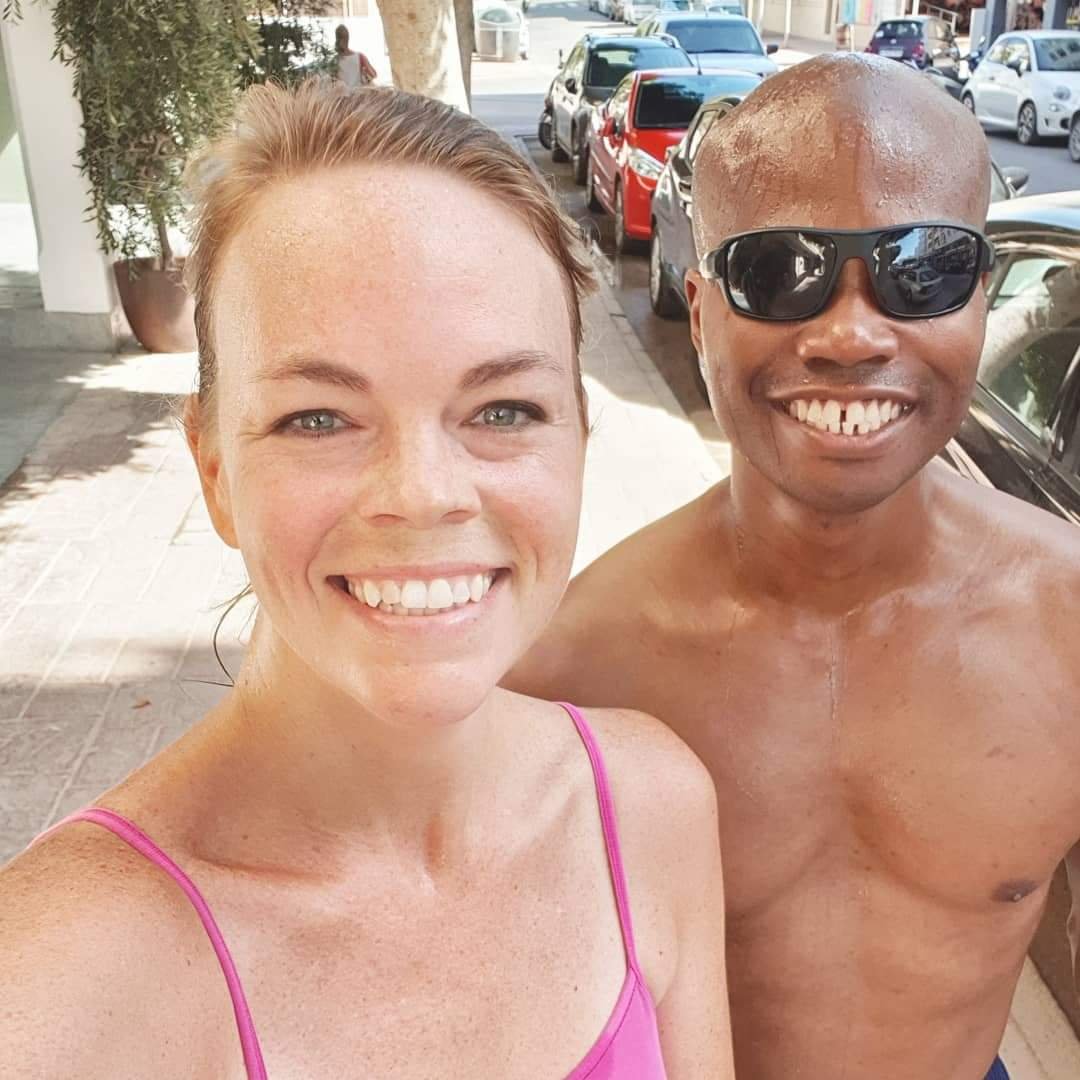 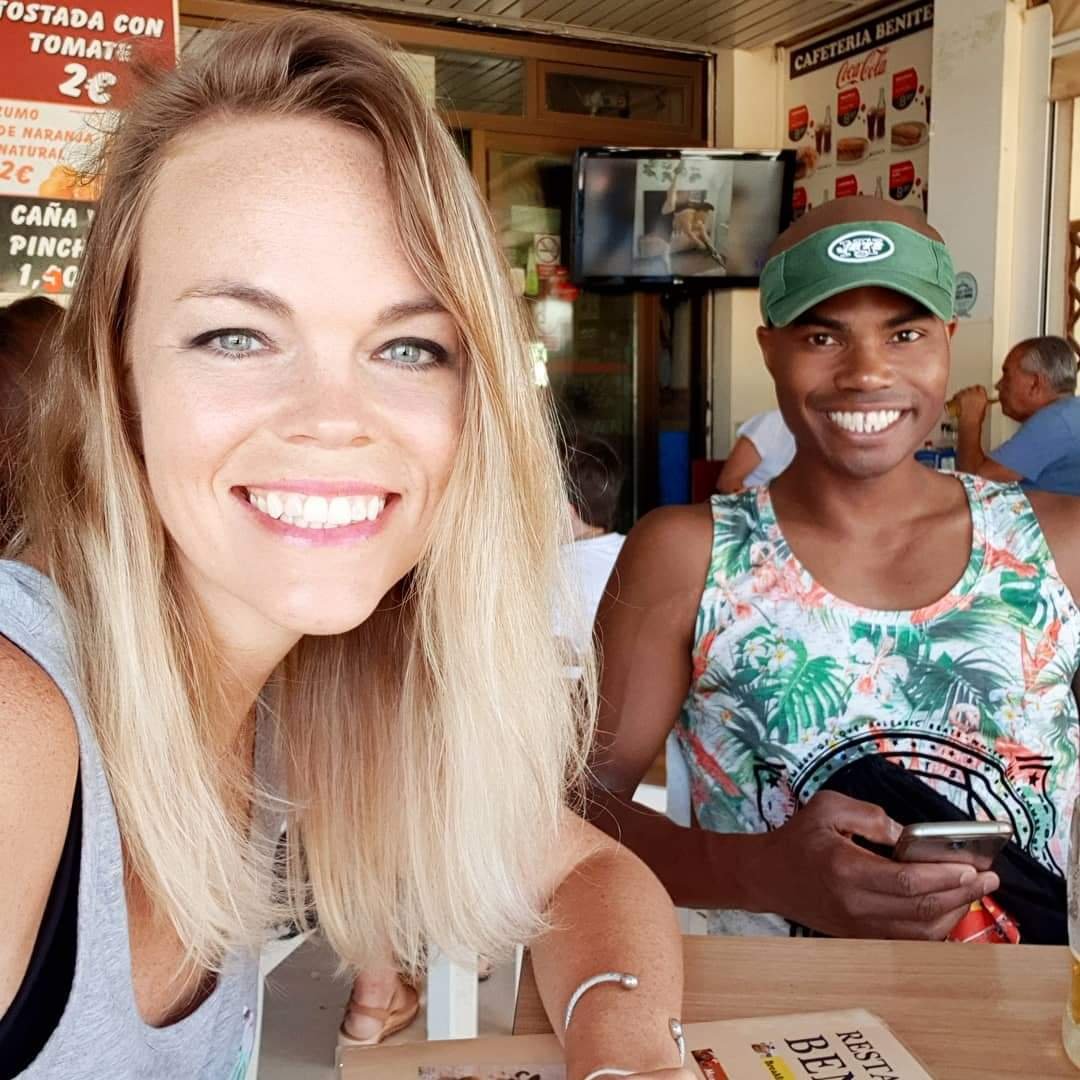 We arrived to Ibiza Rocks as it opened shortly after noon for the pool party. I was a little disappointed with how small the pool was, but fortunately we got there early enough to stake out a corner in the pool, where we would end up hanging out for the remainder of the day. We spent the first few hours in our corner of the pool relaxing to house music and enjoying a few drinks, and towards the late afternoon, we watched the pool party grow considerably in size. 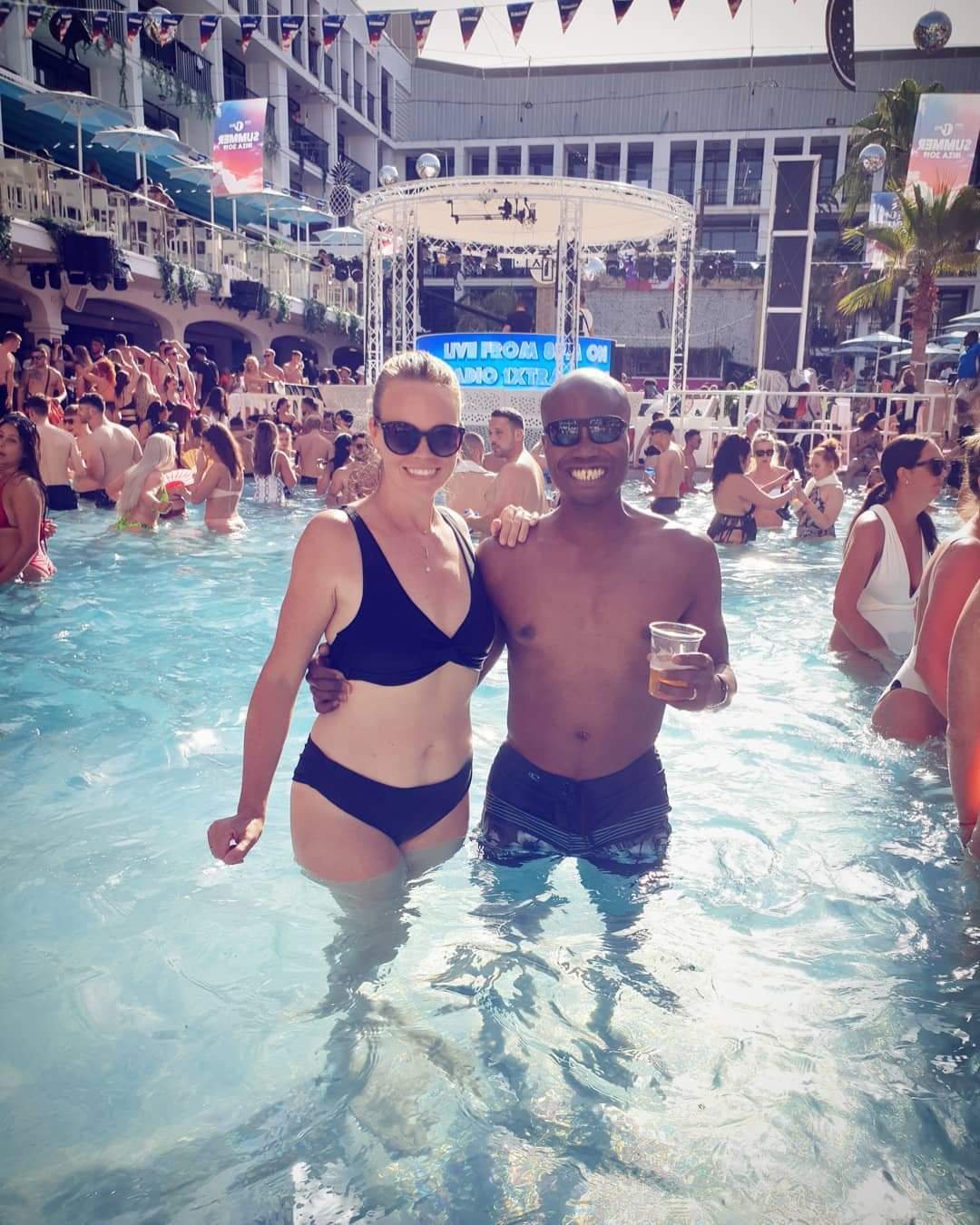 Since BBC was broadcasting live from Ibiza Rocks and interviewing random partygoers, Nellie and I had a little fun by making an alias. As it would play out, BBC wanted to interview us, so we played along as Mike and Lisa from Jacksonville, Florida! My favorite part of the pool party was meeting another couple that also felt slightly out of place in the “sea of Brits.” We met Igor and Ruth from Israel, who we hit it off instantly with. We spent the next few hours getting to know our new friends, who we still keep in touch with. By early evening, the scene seemed to have turned more into a club scene than a pool party, so we took that as our cue to head out. It was a great day, even though our skin looked like it wrinkled 30 years by standing in a pool all day. 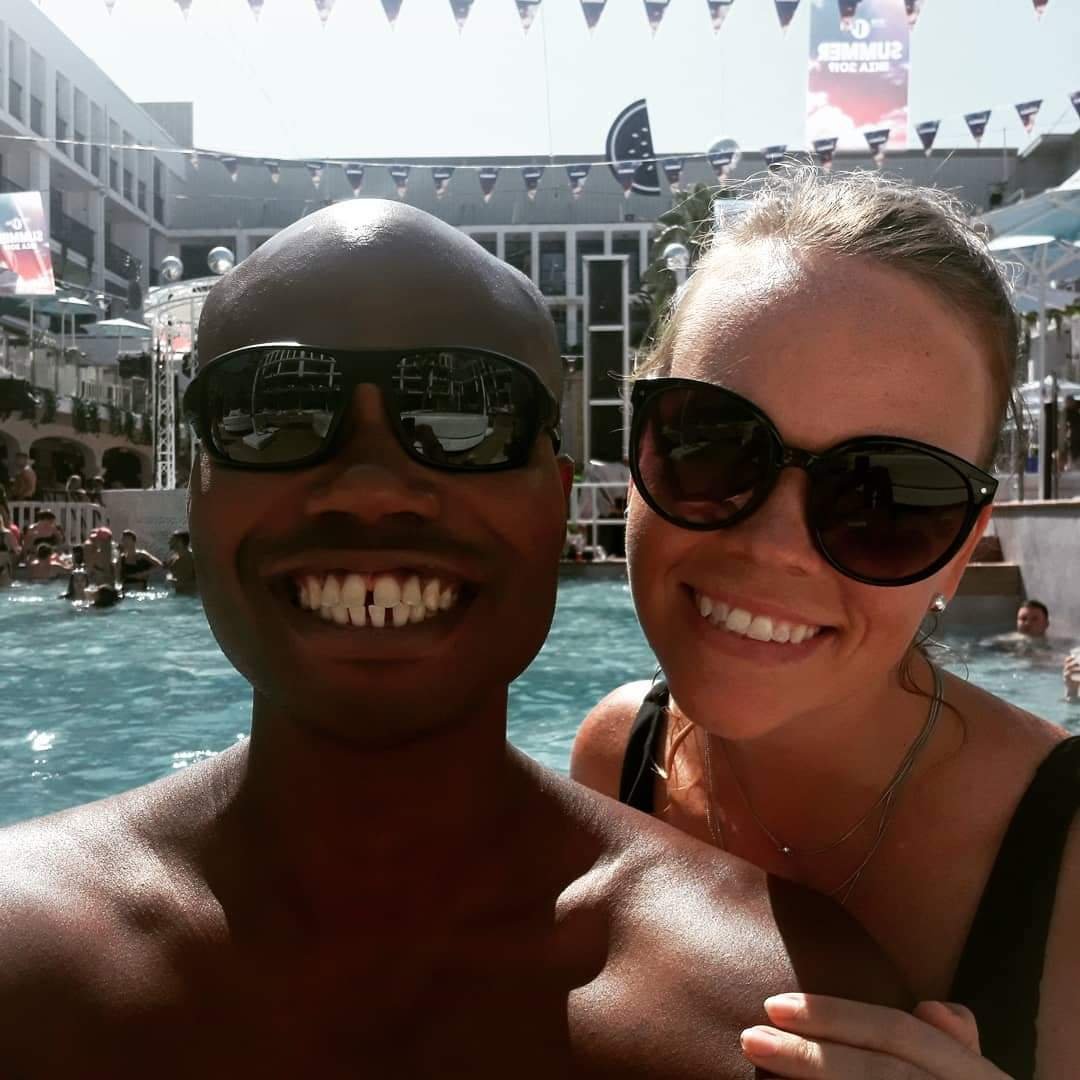 Day 3 ended up being the most iconic Ibiza day of the trip! We had a full day planned of lounging by the beach, crashing pool parties, and experiencing the world famous nightlife for ourselves. After a poolside breakfast at the hotel, we hopped in our rental car and made a short drive to the beach Cala Escondida. We parked in a large and open sandy lot, and walked down a cliff to a quaint, but bustling beach. The beach had a vibrant feel, with a nearby beach bar serving up cold beers and margaritas. 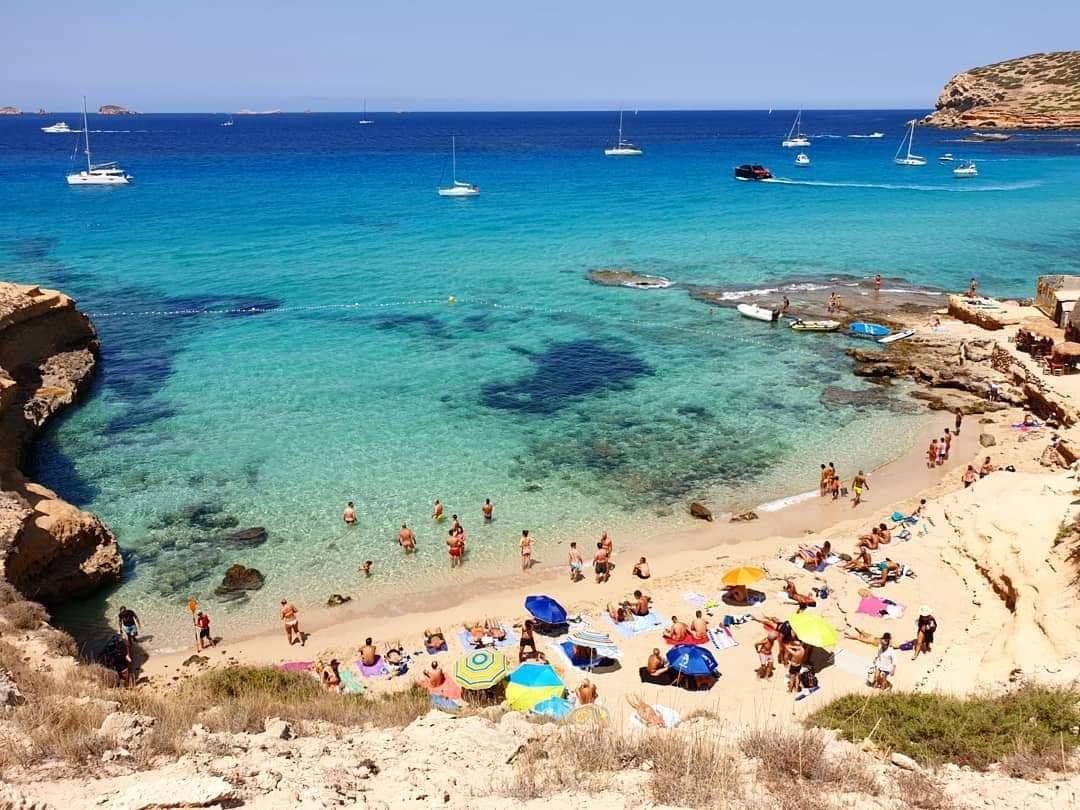 There was one thing about the beach that we completely did not expect. There were naked people EVERYWHERE! I mean, we’ve been to southern France where many women lay topless on the beach. But to walk on the beach where the majority of people have no top or bottom on was absolutely a shocker. The most surprising thing is that there were naked people from all walks of life. There were old people, young adults, and even families. Yep, there were moms and dads, frolicking nakedly on the beach with their toddlers. We had to remind each other that this was (probably) a cultural norm, and that didn’t stop us from soaking up the sunshine and warm Mediterranean water. 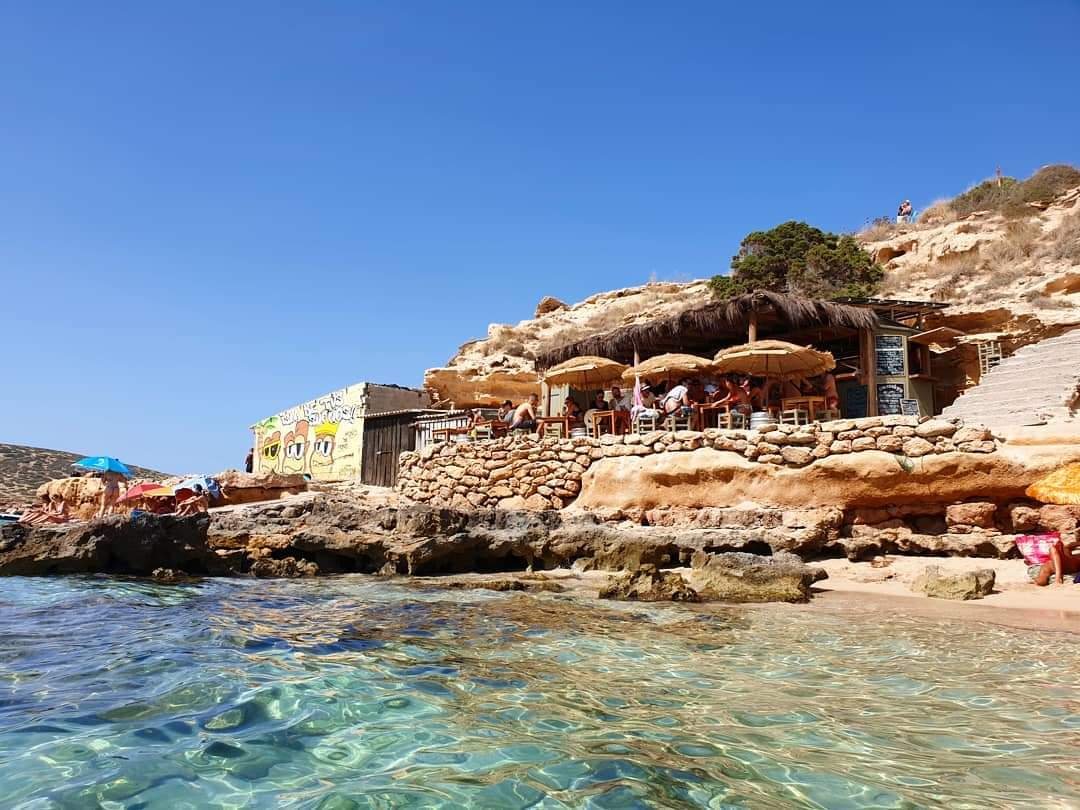 After the beach, we drove back to San Antonio and hopped into our nighttime clothes. By nighttime clothes, I mean another swimsuit for our search for another pool party. We wandered Sunset Strip to see what we could find, and ended up stumbling into a pool party at O Beach Ibiza. Since the party was well on its way, they waived the €50 admission at the front door, and we went inside to join a popping pool party! We spent an hour there dancing and casually mingling with random Brits. 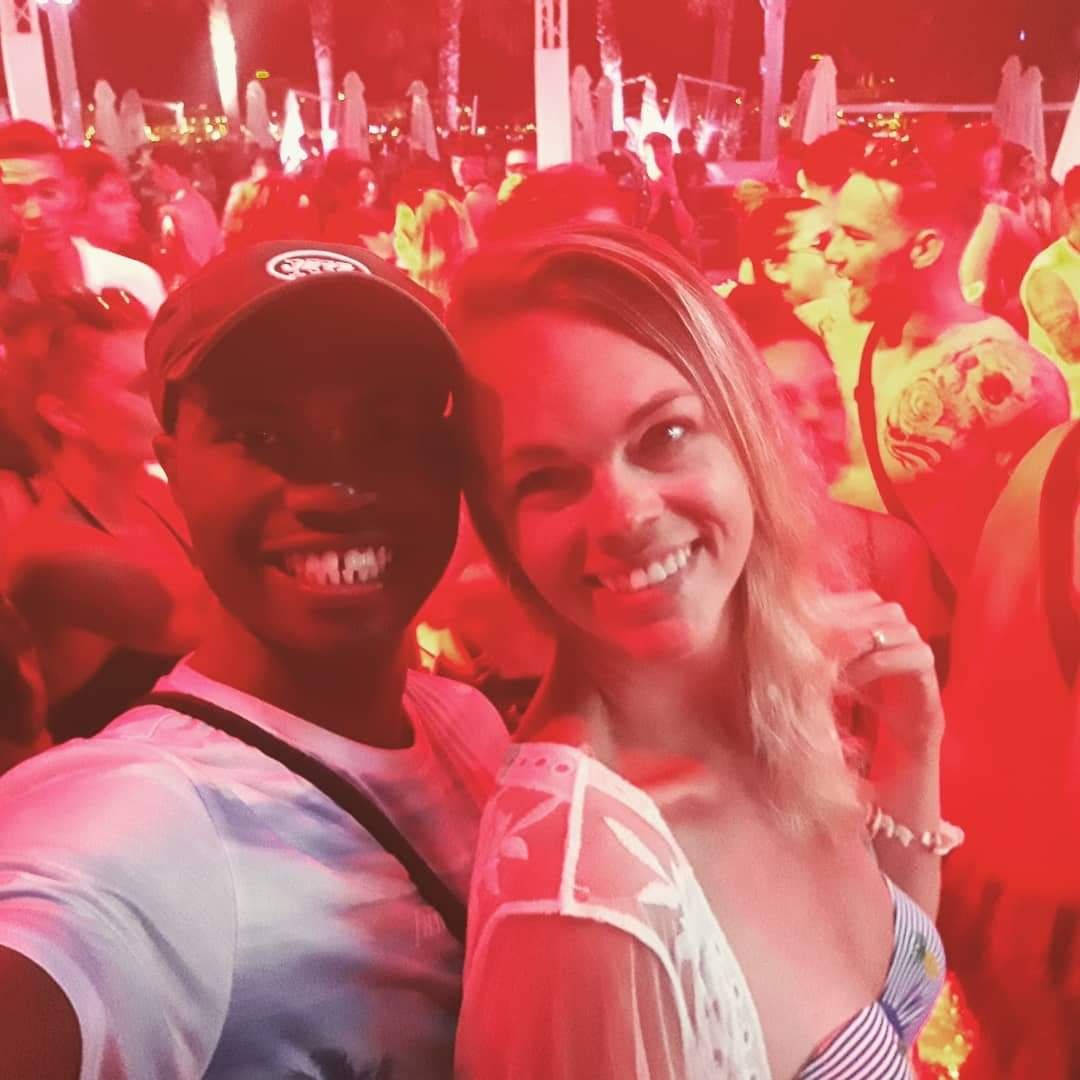 After about an hour at O Beach Ibiza, we were determined to find the best club scene in San Antonio. Sure, Sunset Strip on the beach had plenty of nightclubs, if you were willing to pay €20 or more to get into each. We were determined to find the nightlife, which we happened to find at Carrer de Santa Agnes. Bars and dance clubs lined the street, with workers determined to get you into their establishment by offering free and discounted drinks. We got to enjoy the best nightlife Ibiza had to offer as we hopped from random nightclub to the next, dancing the night away and meeting lots of travelers like ourselves. What an experience! 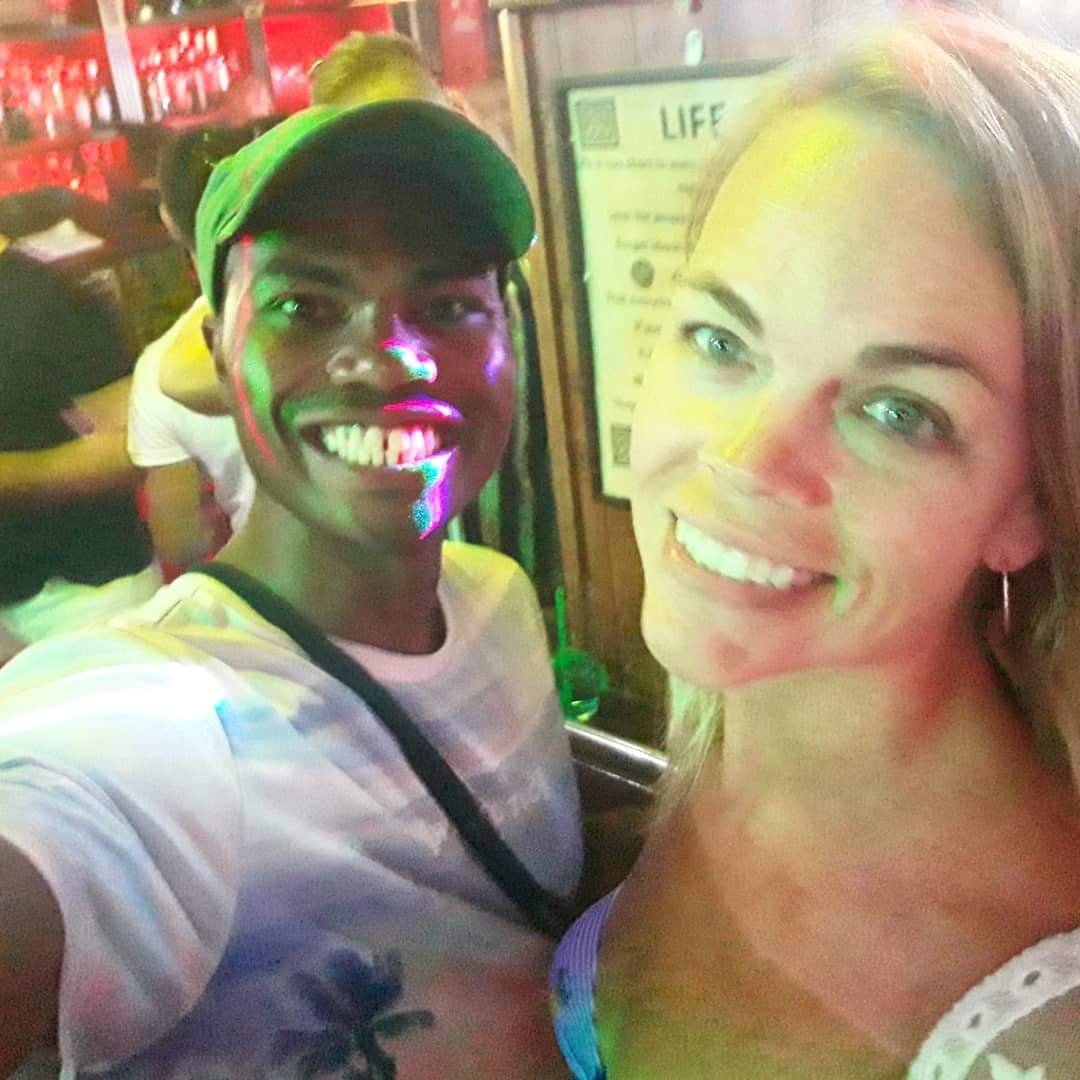 Day 4 was our final day in Ibiza, so naturally, our day revolved around our journey home. We had an evening flight, but decided to leave Hotel Gran Sol early so we could make a pit stop at the island’s capital and largest town, Ibiza Town. We didn’t spend much time there, but we were there long enough to grab lunch at the Hard Rock Café and stroll through the town’s streets. 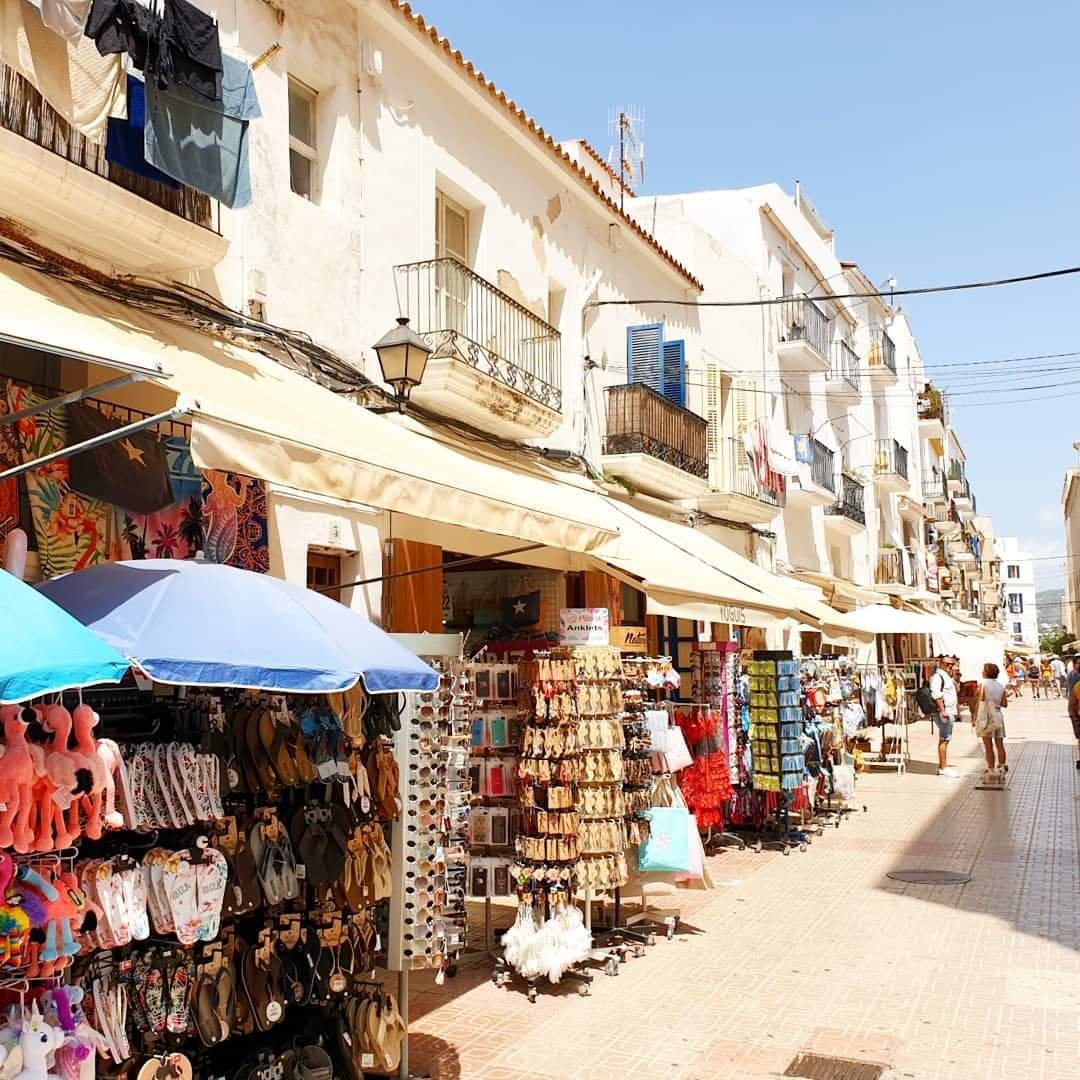 While wandering the streets, we saw lots of cruise ships dropping off hordes of tourists, all trying to make the most of their few hours on the party island. The main areas of the town were bustling as you would expect from the island’s capital, but we were surprised at how serene the streets were as we marched up towards Baluard de Santa Llucia, an old city fortress that gives you amazing views of the island. We took our time to meander back into the Ibiza Town center, and eventually made our way back to the airport. 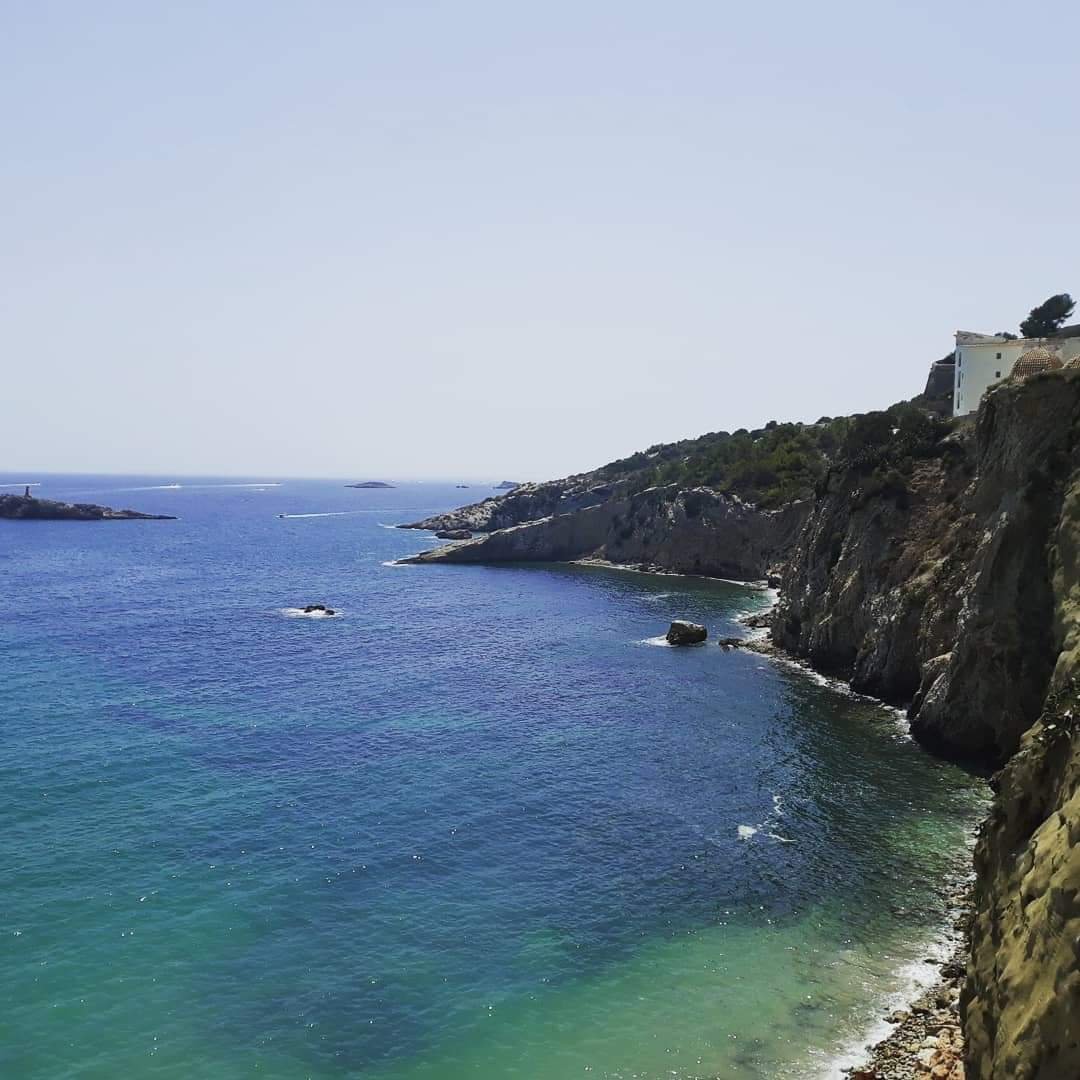 Four days gave us plenty of time to enjoy what the island has to offer, but we could’ve easily spent more time enjoying this wonderful destination. The island has a reputation for being one of the party centers of the world, but we were amazed at how peaceful the island could be even during peak travel time. If you’re looking for a family friendly vacation in the Mediterranean, I’d probably recommend Mallorca or even the Canary Islands. However, Ibiza is ideal for a couples retreat. It has great nightlife for the young in body and at heart, but also plenty to enjoy for a relaxing romantic getaway. We certainly can’t wait to make another trip! 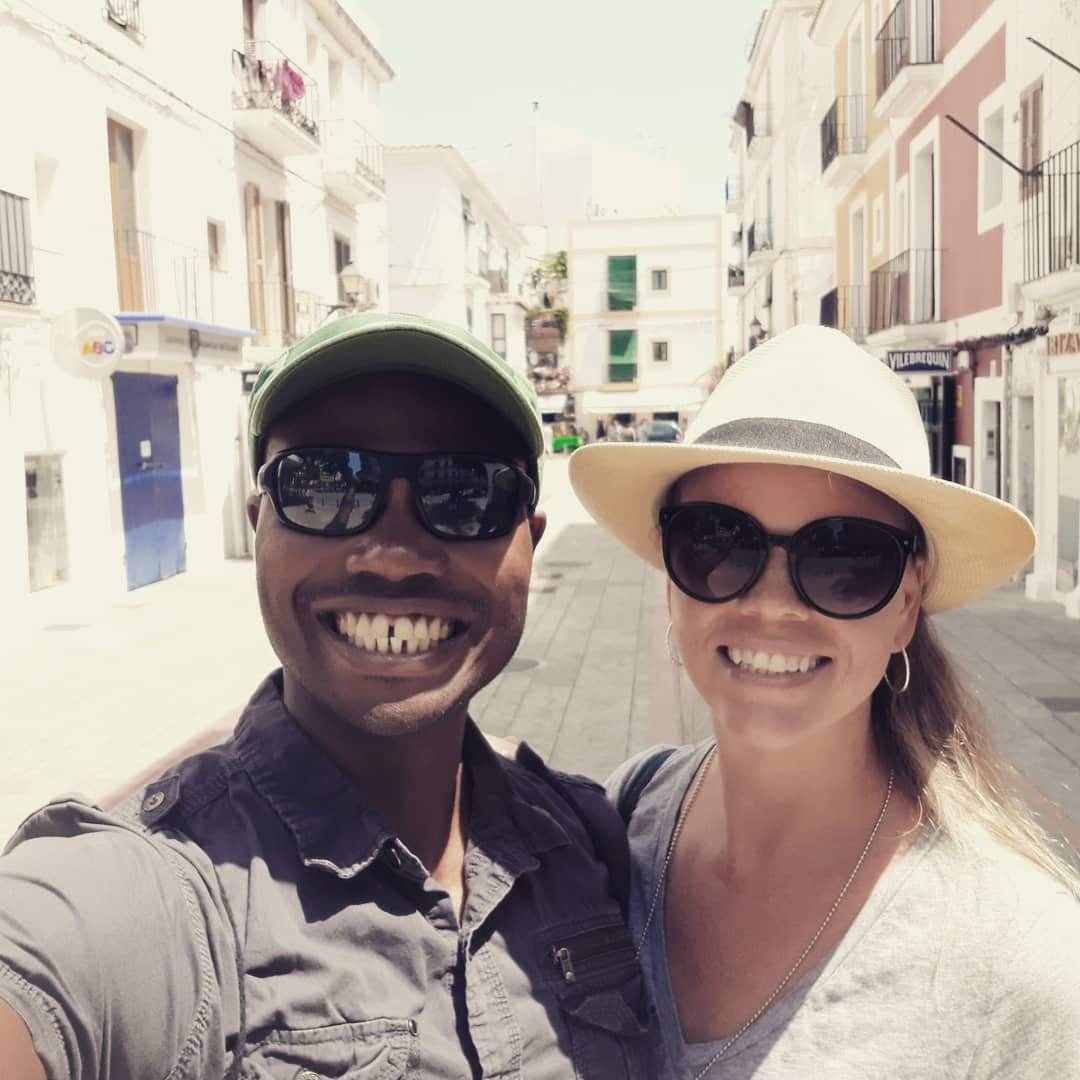