So you’ve booked that perfect winter retreat at Garmisch. You can’t wait to play in the snow, ski the Zugspitz, or stroll down one of Germany ‘s loveliest villages. 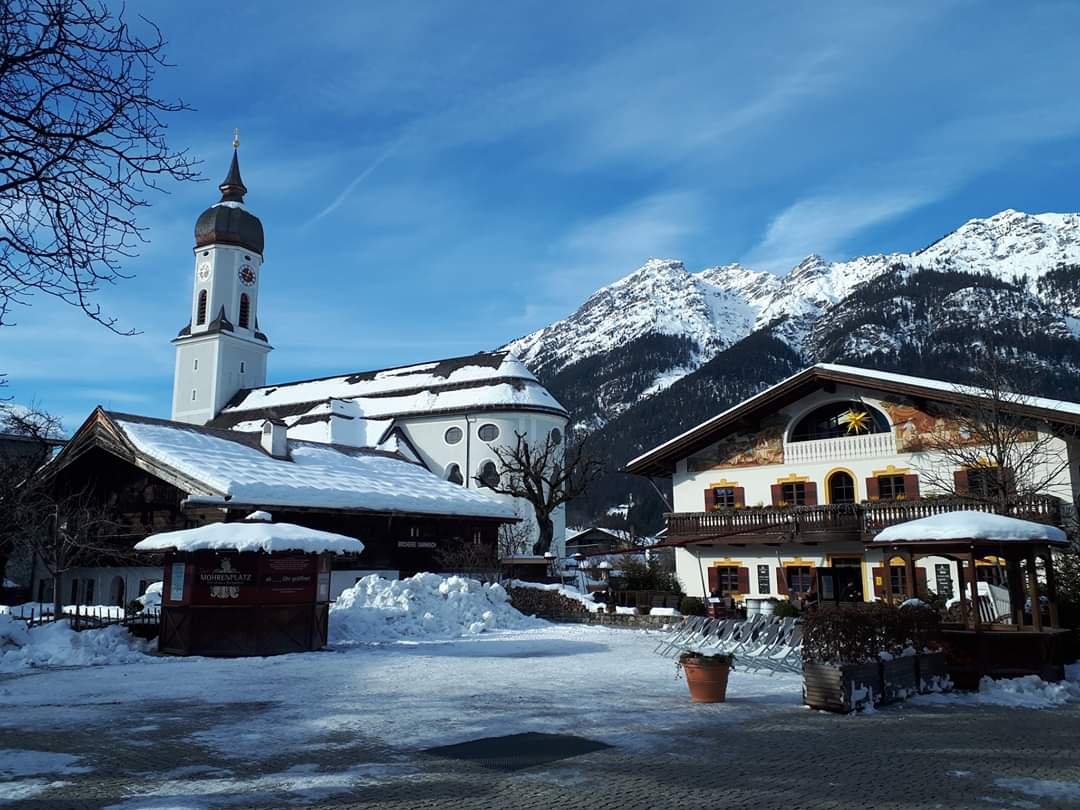 “But how are we getting there? Should we take the train or drive?”

You’re not alone. A quick query on the local travel pages will show you that many before you have wondered the same thing. We have both driven and taken the train, and I hope to give you a few things to consider when making your decision.

The decision on how to get to Garmisch is no different than any other decision. How far out are you planning your trip? What time of year are you traveling? How many people are in your party? What are you planning to do when you get there? In this post I’ll give you a few things to think about when driving or taking the train, and let you know my personal preference. Key word: personal.

Without stops, the road trip to Garmisch is just under five hours. Depending on which way you go, you’ll need to time your departure just right to avoid battling Stuttgart and Munich traffic. By the way, don’t forget to get your vignette for the short dip into Austria .

The most common fear about driving to Garmisch in the winter is concern about winter driving. While the idea of being stuck in the Bavarian snow is enough to frighten most, rest assured that the roads get cleared very quickly. Then again, maybe winter driving in upstate New York and Colorado has desensitized us to winter driving, but it’s something to consider. 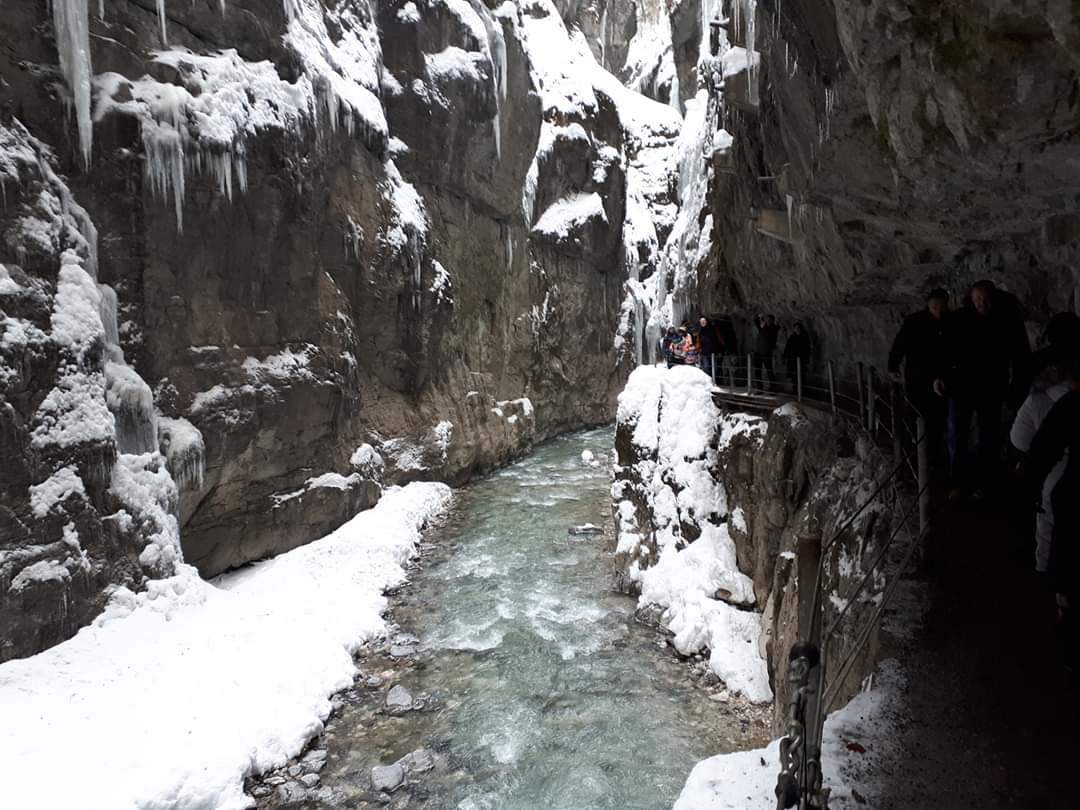 A benefit of driving to Garmisch is making a pit stop at Neuschwanstein Castle . During our last road trip to Garmisch, we spent a couple hours walking up to the castle and taking pictures. While some people choose to do this as a day trip from Edelweiss, it’s easy to make it a stop to (or from) Garmisch. 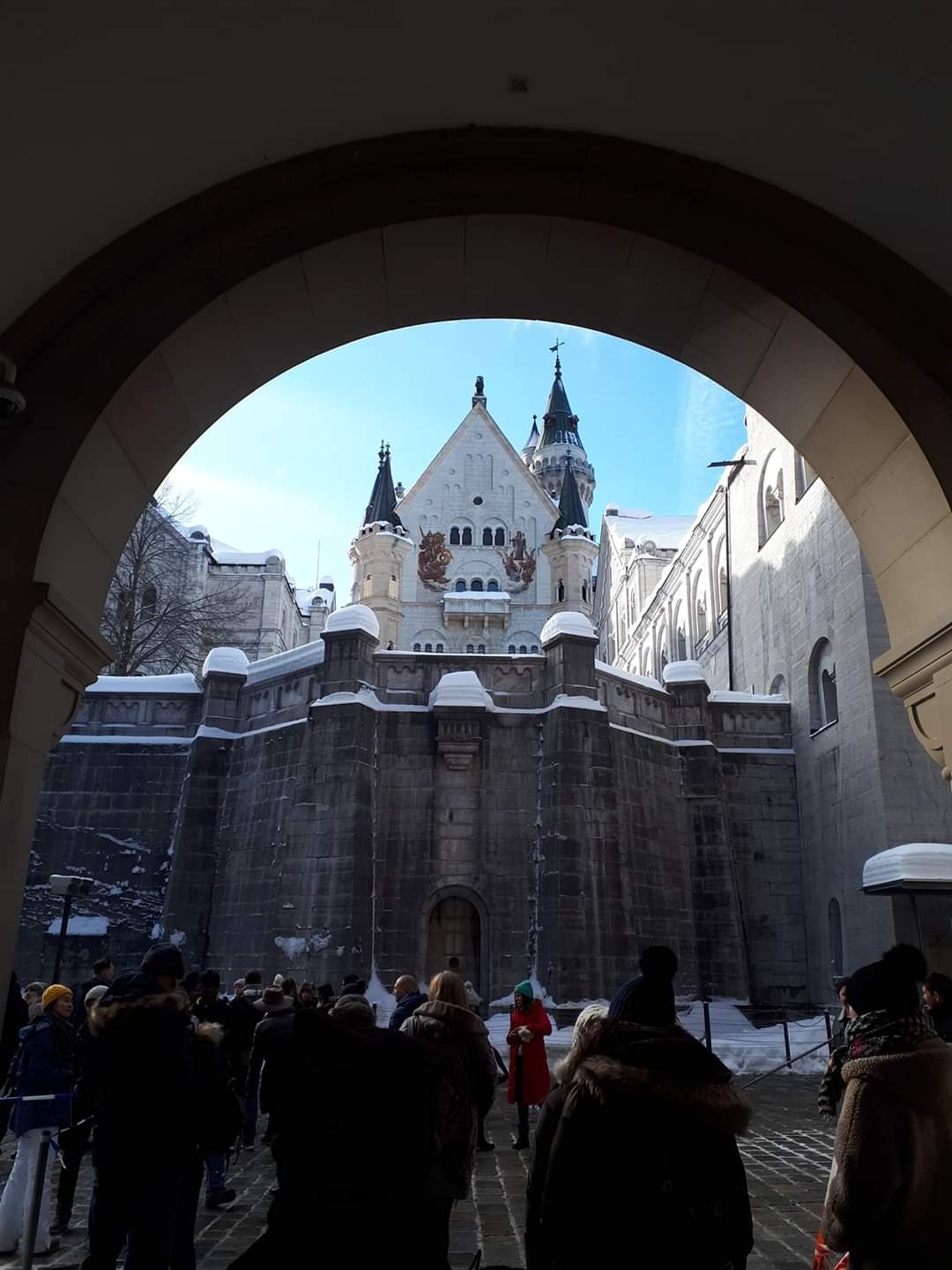 As a family that enjoys skiing and sledding, we can have quite a bit of gear to lug along for our winter vacation. Driving takes the stress out of having to drag all your equipment and winter clothes over multiple train transfers. 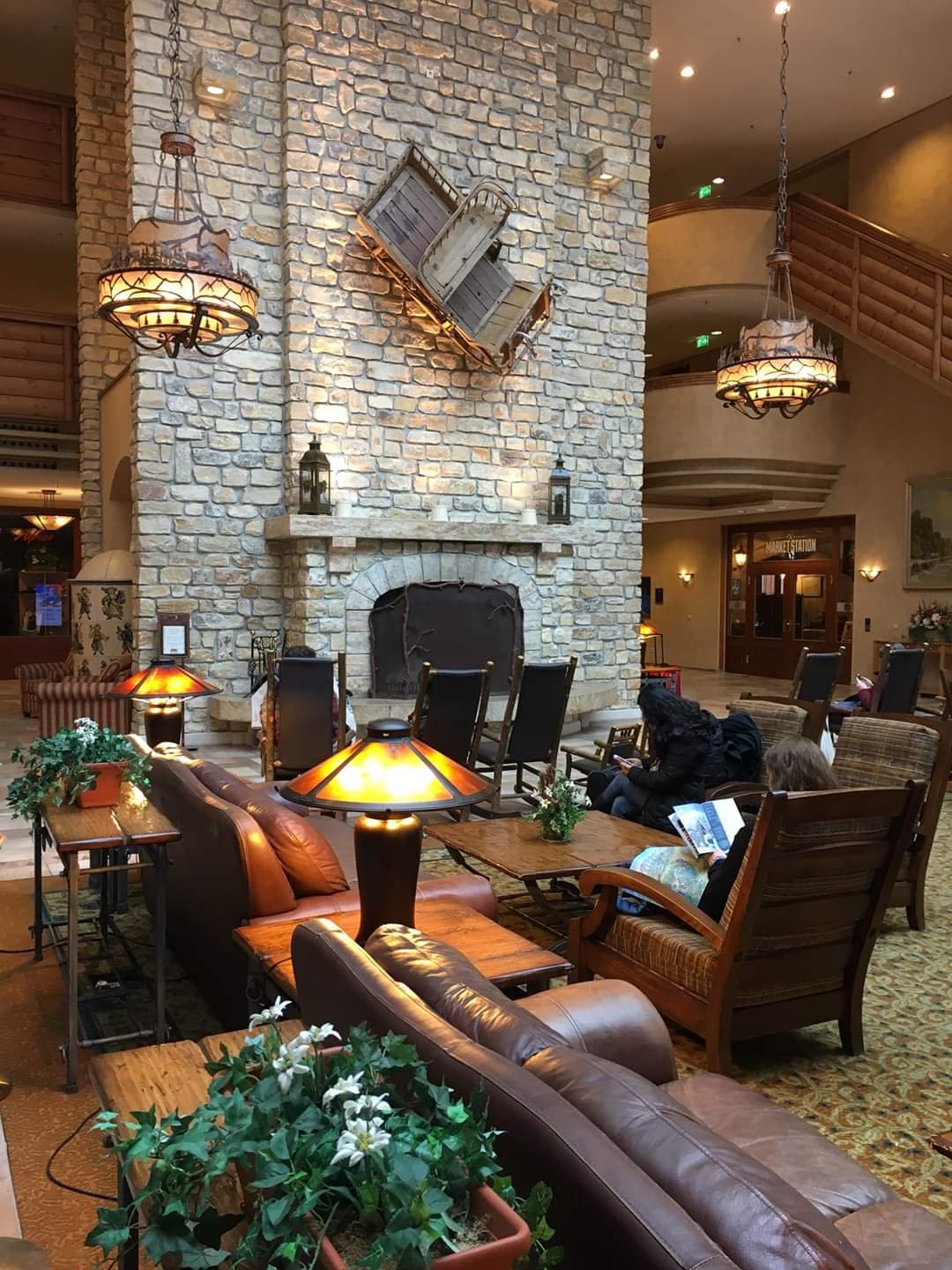 We LOVE Edelweiss Lodge and Resort. The kids enjoy spending hours in the pool. Nellie and I enjoy grabbing a few drinks and lounging around in the outdoor hot tub. Not to mention the cozy feeling of sitting in the lobby by the fire. But by driving, you aren’t chained to the resort. It’s a quick drive into Garmisch to grab dinner at a local restaurant. If you enjoy skiing, you aren’t bound to the shuttle hours, which can be hectic each morning as everyone is trying to be first on the slopes. You simply are on your own time. 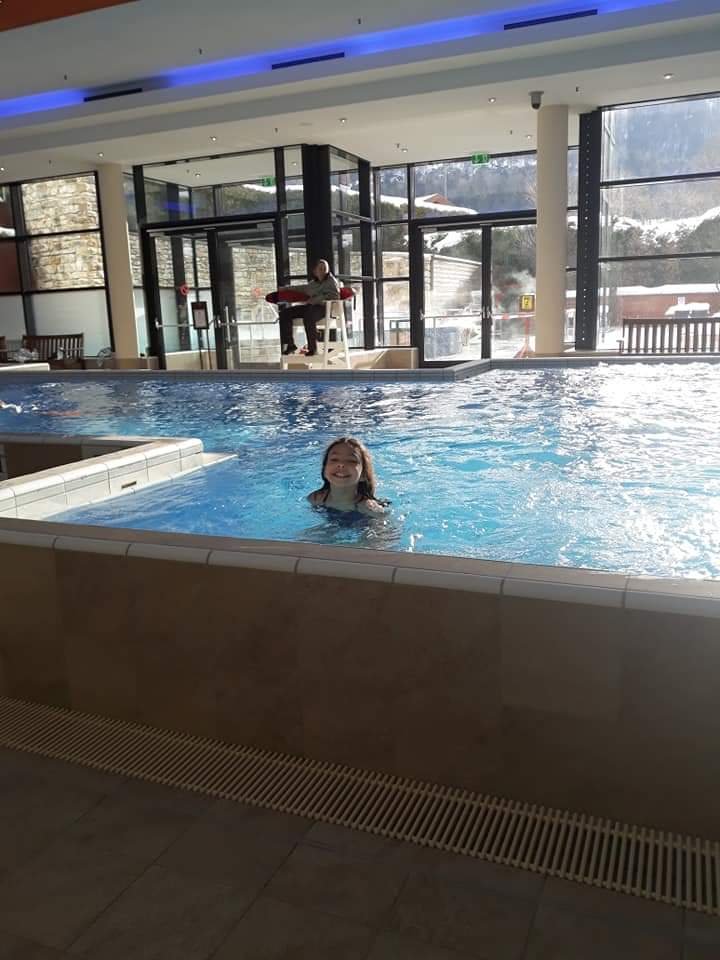 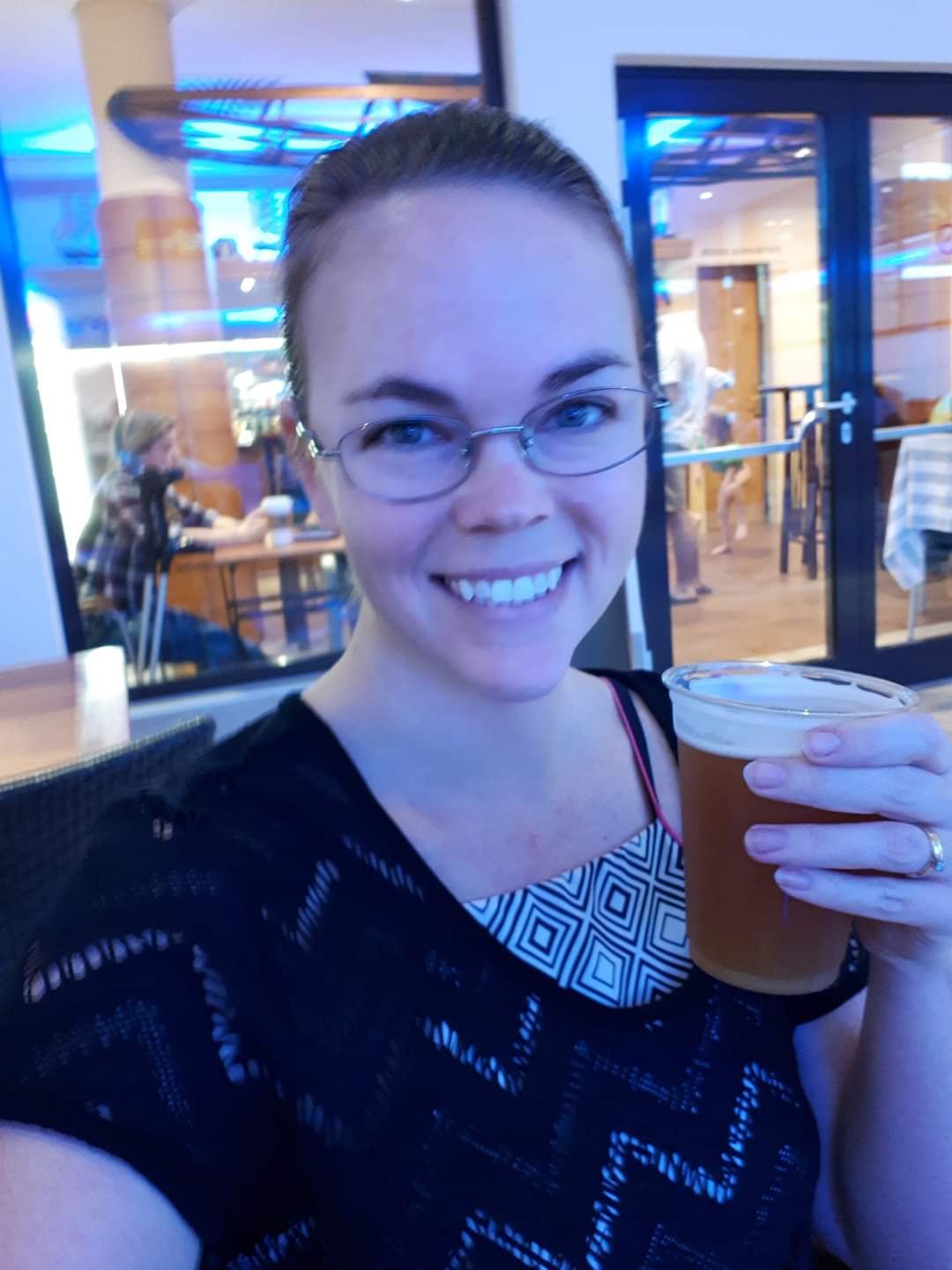 And now for the train.

If you book a couple months out, a round trip to Garmisch will cost €60-€80 roundtrip per person, depending on what time you choose to leave. With transfers, the trip from the Kaiserslautern Hauptbahnhof is just as long as driving, five hours. The trip usually consists of an ICE (high-speed rail) train from Kaiserslautern HBF to München-Pasing, with a short transfer in Mannheim . From München-Pasing, you catch the Regional Express to Garmisch-Partinkirchen. From there, you take a taxi for about €10 to the Edelweiss Lodge and Resort walk-in gate. 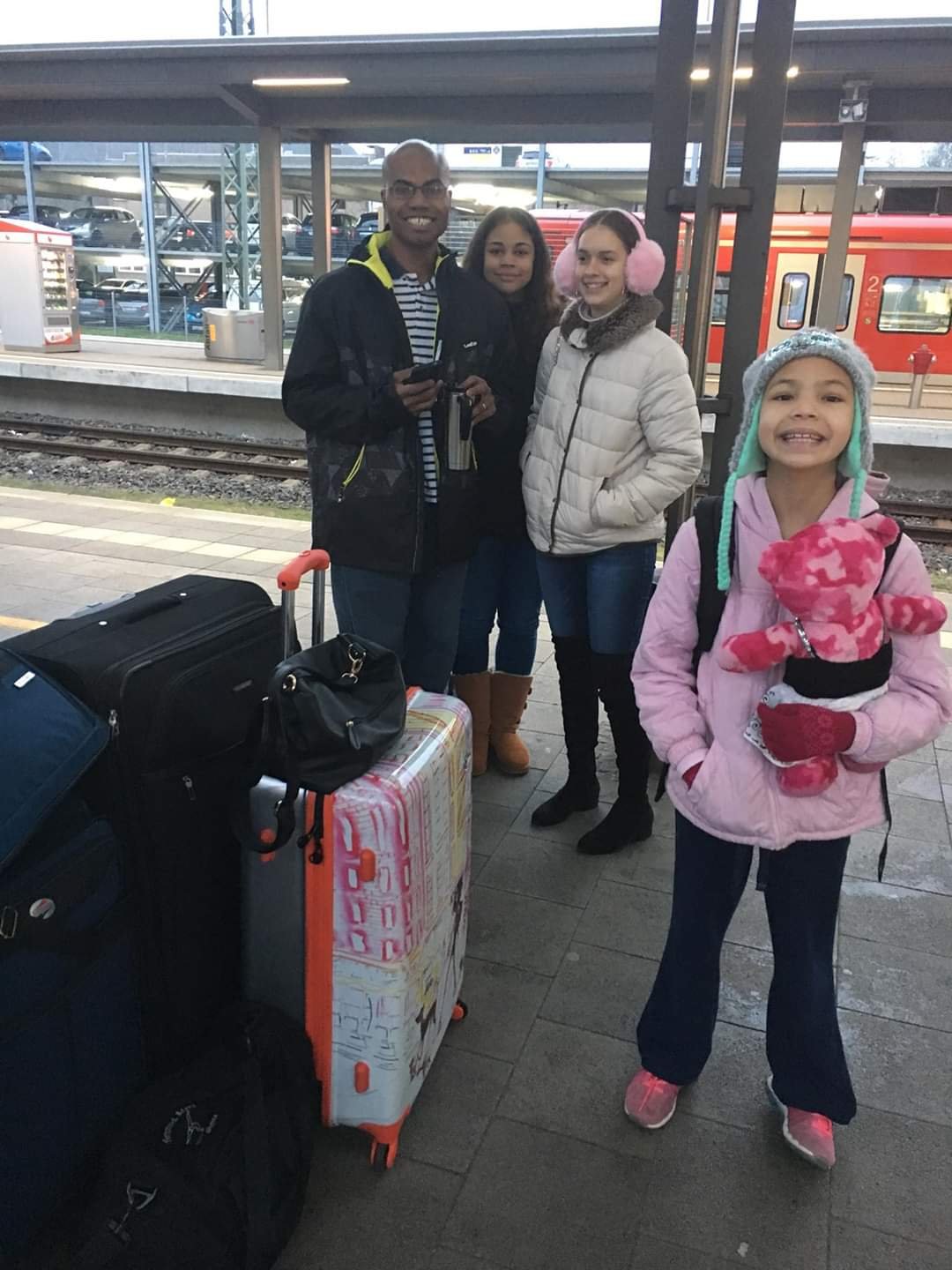 Many times, we choose to take the train simply because we can. After all, when do you get the opportunity to travel across country in the U.S. by rail? I also love train travel, because I feel like the vacation starts as soon as you find your seat. No worries of fighting traffic. No worries of driving through the snow. No worries about your car breaking down. You don’t have to stop to go to the bathroom or get something to eat. To top it off, the regional express ride from Munich to Garmisch is beautiful! We spent hours bonding as a family over stories and board games during our train trip to Garmisch.

Of course, train travel comes with its disadvantages.

We hit a hurdle during our train trip back from Garmisch to Kaiserslautern . One leg of the journey was cancelled, leaving us on the platform (…in the cold) wondering what to do. Fortunately, a helpful train station attendant assisted us in finding an alternate route home. The snag ended up costing us an hour, but at least we made it home. The idea of being stuck in the middle of nowhere with all your luggage is enough to make anyone anxious.

Taking the train also limits your mobility. Imagine having to lug all your gear over two train transfers and a taxi ride to your hotel. We love Edelweiss, but we also love to get out and explore. Taxis in Garmisch aren’t cheap, and expect to pay at least €10 one way to get anywhere. While the Edelweiss shuttle takes you right to the Hausberg for skiing and winter activities, the shuttle times aren’t always the most convenient. 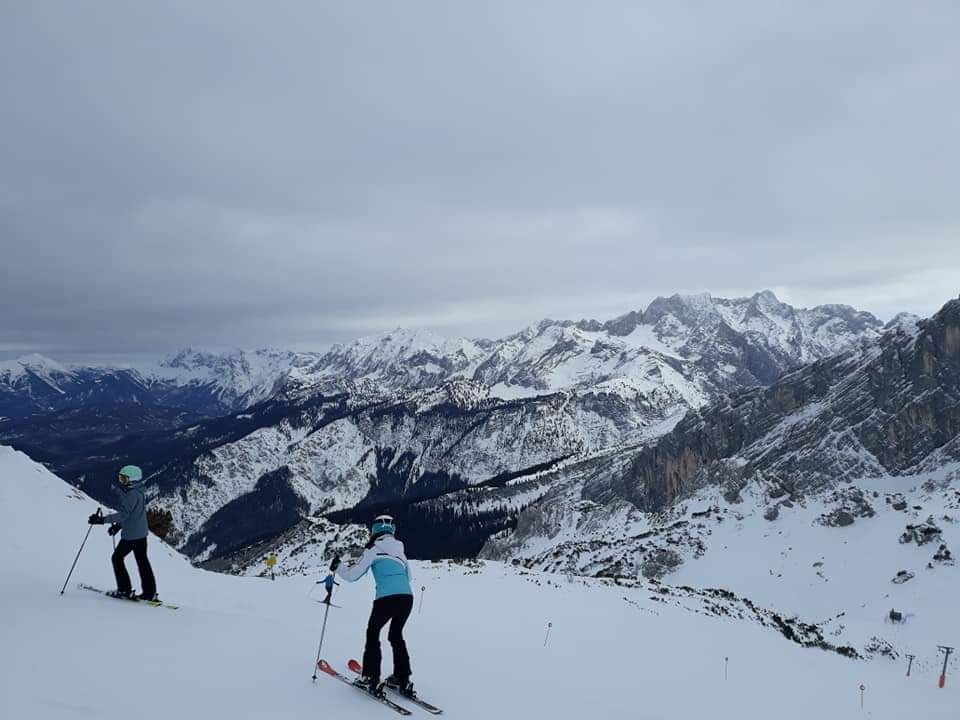 Well, there really isn’t one. It all depends on factors such as what you plan to do when you get there and how comfortable you are with winter driving. If all you plan to do is lounge around the resort, then the train is probably most practical for you. If you are looking to ski, then it’s probably easier to haul your gear in your own vehicle. 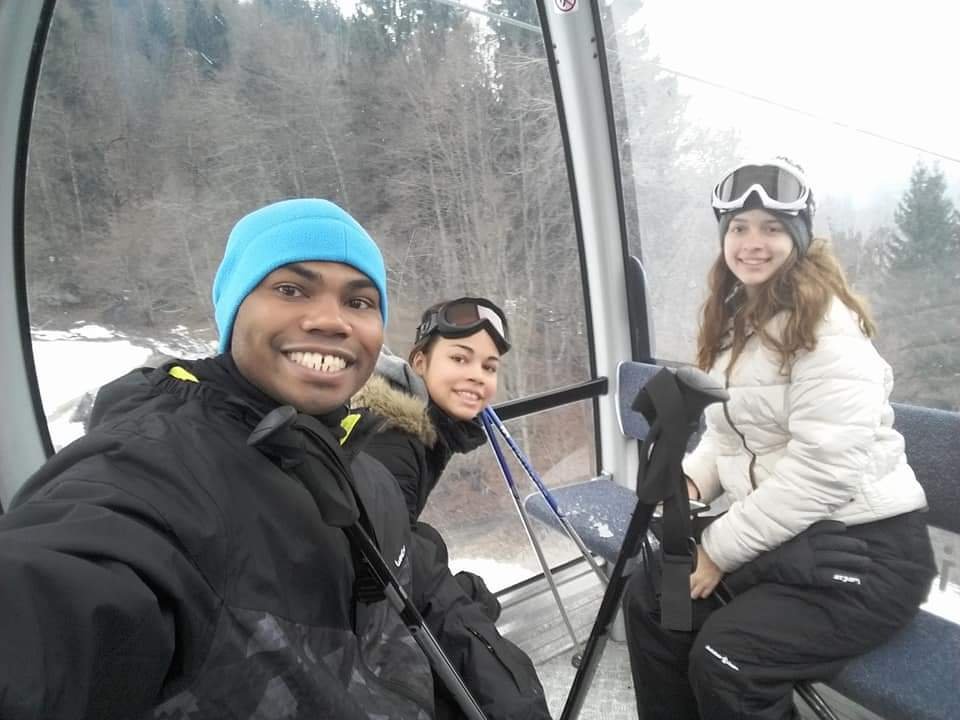 Since we’re skiers, I prefer to drive to Garmisch. Yes, you’re bound to hit some traffic (and probably snow) on the way there, but I like the flexibility of wandering around once we get there. However, I don’t discourage the train. Nothing beats staring at the countryside while going into the Alps . As long as you book early and remain flexible, taking the train is probably for you. 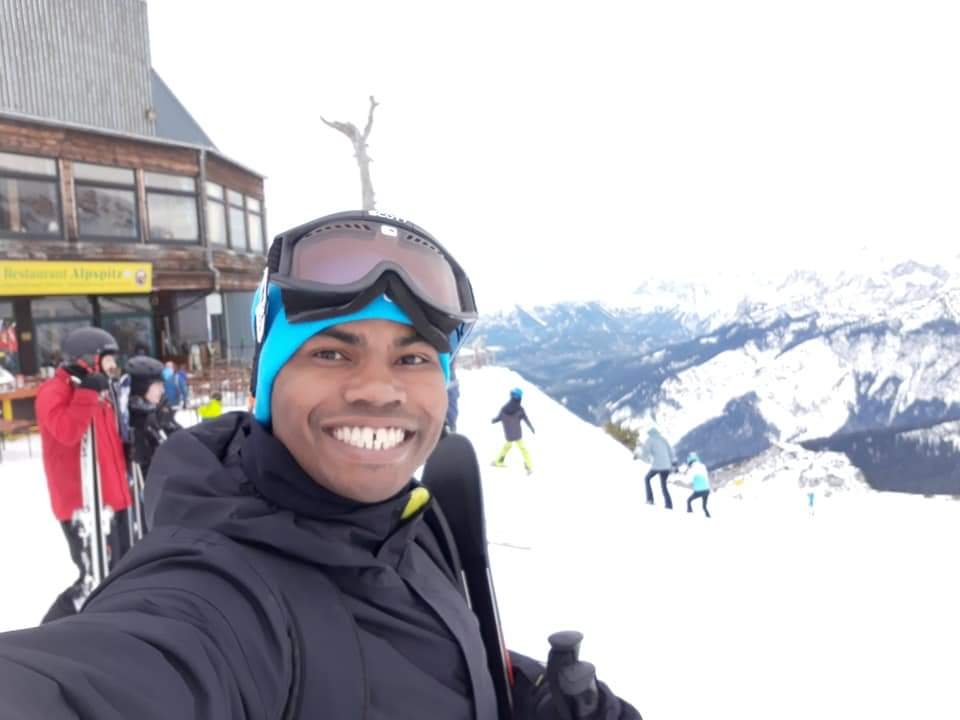 So what are you waiting for? Have you booked your Garmisch trip yet? Hopefully I’ve given you some food for thought. No matter how you get there, Garmisch is sure to be a good time. 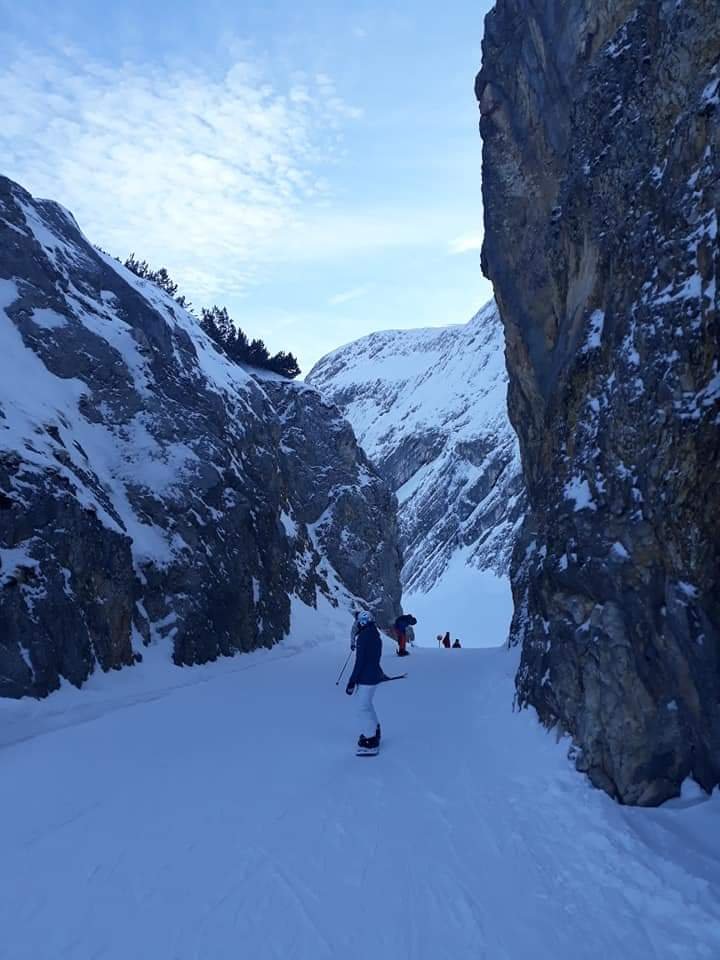